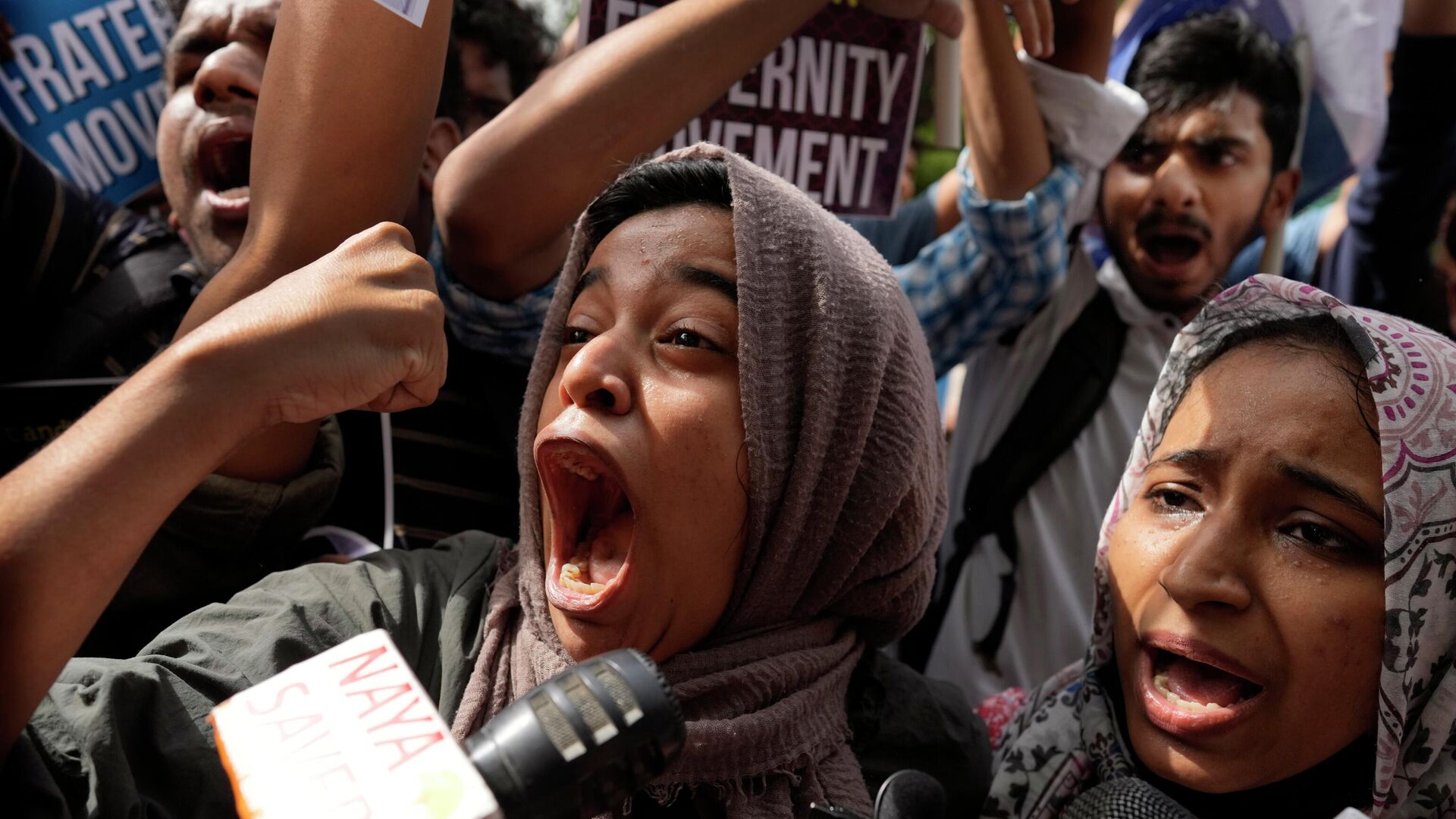 Indian PM Narendra Modi and US President Joe Biden will participate in the ‘I2-U2’ virtual conference, which will also involve the leaders of Israel and the United Arab Emirates (UAE) next month. The virtual meeting will take place during Biden’s multi-country visit to Israel, the West Bank and Saudi Arabia on July 13-16.The White House has refused to provide a clear-cut answer on whether President Joe Biden would “press” Prime Minister Narendra Modi on “protecting Muslim minorities” in India, as the two leaders are slated to participate in a virtual conference in July.

White House Press Secretary Karine Jean-Pierre said at a briefing on June 22 (Wednesday) that Biden “has no problem” in engaging on the issue of human rights with his global counterparts.

She was responding to a question about Nupur Sharma, a suspended spokesperson of the India’s ruling Bharatiya Janata Party (BJP), who made disparaging remarks about Prophet Mohammad during a live TV debate on 26 May. The White House spokesperson was also asked to comment on the subsequent demolition of homes of Muslims protestors demanding Sharma’s arrest over the incendiary remarks.

“He (Biden) has no problem talking to leaders about humanitarian rights, about freedoms, about the importance of democracy. This is something that the President has done in the past. I can’t speak to, specifically, what’s going to be on the agenda and what their conversation is going to be,” Jean-Pierre remarked.

When pressed further for an answer, the White House spokesperson described Biden as a “straight shooter”.“And when it comes to humanitarian rights, has no problem having those direct conversations — leader-leader conversations,” she added.The virtual conference in July would mark the first tête-à-tête between the Indian and American leaders since the diplomatic fallout in the Islamic countries against New Delhi, although they will use a virtual format.More than 15 countries, including Qatar, Bahrain, Iran, Saudi Arabia, United Arab Emirates (UAE), Malaysia and Pakistan, registered diplomatic protests over the comments.

‘Era of Impunity is Over’: Why is India Facing the Heat of Islamic Nations?10 June, 11:46 GMTIndian Foreign Ministry spokesperson Arindam Bagchi said that the comments by the now-suspended BJP spokesperson “do not reflect the views of the (Indian government)”. Separately, the Indian missions in Qatar and Kuwait have said in separate statements that Sharma’s views represent those of “the fringe elements”.The United States government also condemned Sharma’s “offensive” remarks on June 16.“We regularly engage with the Indian government at senior levels on human rights concerns, including freedom of religion or belief, and we encourage India to promote respect for human rights,” State Department spokesperson Ned Price said at a briefing.Besides the international condemnation, Sharma’s remarks triggered violent Muslim protests across the country, with at least two people losing their lives as police cracked down on protestors demanding the ex-BJP spokesperson’s arrest.While several police cases have been filed against Sharma in several states, the suspended spokesperson is reportedly “missing” and has failed to appear before any state police.Meanwhile, authorities in the Indian state of Uttar Pradesh have been accused of demolishing the homes of people who were involved in protests against Sharma’s incendiary remarks.India’s top court this month refused to stay the demolition proceedings, which otherwise aren’t authorized under the law.

India, France to Strengthen Ties as Macron Warns About ‘Consequences’ of Ukraine Conflict in Asia