British writer J.K Rowling poses on the red carpet after arriving to attend the World Premiere of the film “Fantastic Beasts: The Secrets of Dumbledore” in London on March 29, 2022. 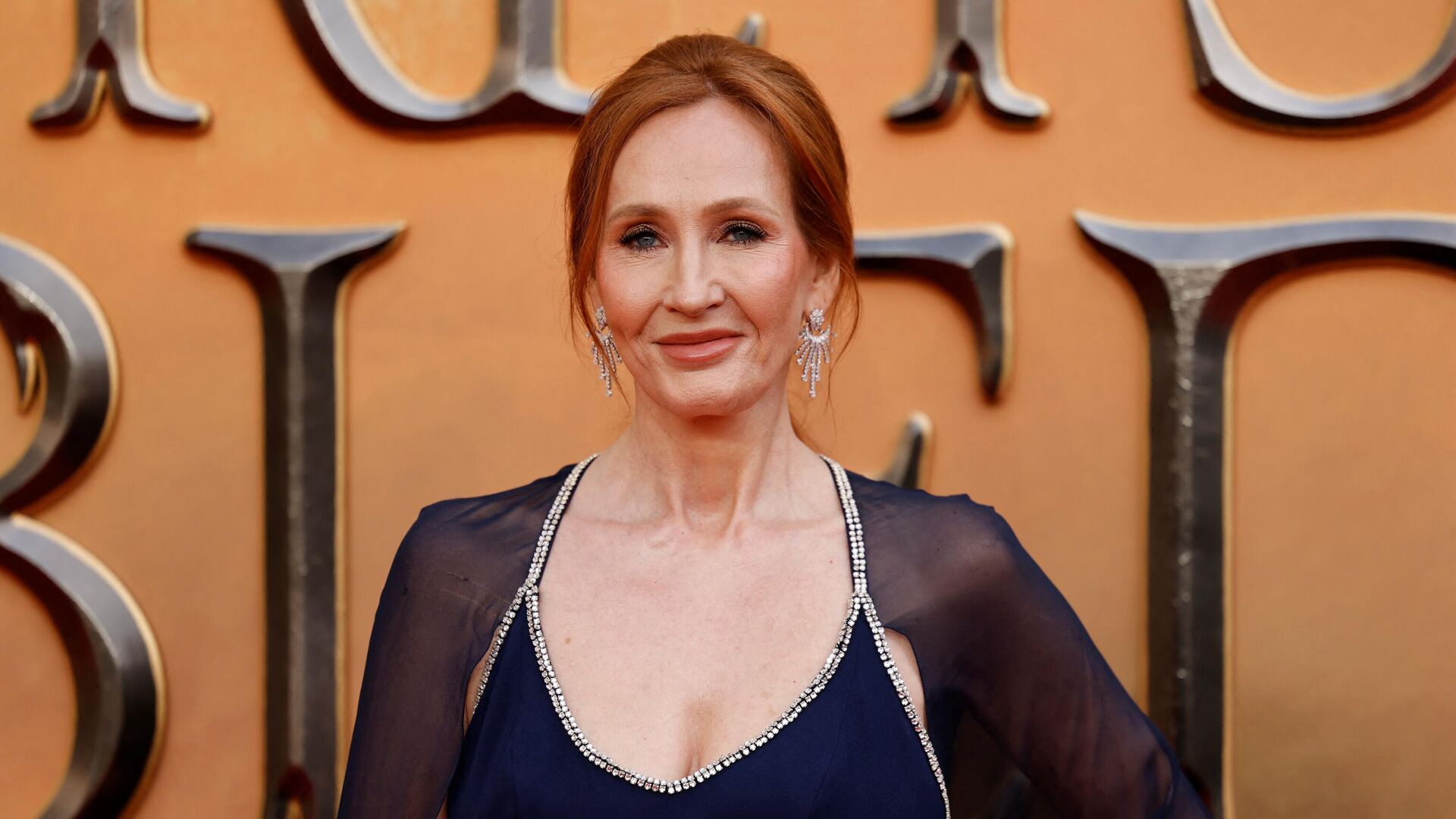 CorrespondentIn recent months, the famous Russian pranksters noticeably ramped up their production, forcing even more famous individuals, legislatures of entire countries and world leaders to believe in the reality of their calls. One of the latest victims of the prank included none other than former US President George W. Bush.The world-famous British writer JK Rowling believed that she was called on behalf of Ukrainian President Volodymyr Zelensky, promising the leader to replace the scar on the young wizard’s head from a Z-shaped symbol to something more expressing support for Kiev, such as the Ukrainian coat of arms in the form of a trident. However, Rowling wasn’t speaking to Zelensky at all. In fact, the infamous writer was the victim of a prank call by Vovan and Lexus, who asked Rowling some rather ridiculous questions, some of which she appeared to take seriously. The duo released the full video of the conversation with Rowling on Saturday.The pranksters, Vladimir Kuznetsov and Aleksei Stolyarov in ordinary life, presented a teaser of the phone conversation on Thursday at the “Fake News in the Age of Globalization” panel at SPIEF.In the footage, the author of the Harry Potter saga stated she supports tough sanctions against Russia, both in the economy and in the cultural sphere. Zelensky’s imposter also told Rowling he wanted to buy more weapons for Kiev with the money of her charitable initiative to help children, adding that the missiles set to target the Russian military should be signed with the spell “Avada Kedavra!”Most notably, the pranksters asked the writer if she could change the shape of Harry Potter’s scar from a lightning bolt to a Ukrainian trident, as well as the hero’s hairstyle to an old cossack-style forelock, also known as Khokhol or chub. Judging by the reaction, she seemed to only be embarrassed by the proposal to replace the lightning with a trident and forelock. After taking some time to contemplate, Rowling said that she could do something in that manner.

Watch Bush Grill Georgia’s Saakashvili, Confirm Pentagon Biolab Funding in Convo With Pranksters20 May, 18:58 GMTEarlier in the month, the pranksters released the full version of the conversation with former President Bush, whom they also convinced he was speaking to Zelensky himself. In this “confidential” video call, Bush criticized former Georgian President Mikheil Saakashvili, and solemnly shouted “glory to Vovan and Lexus.”A little later, YouTube unilaterally blocked the pranksters’ channel, which they believe was directly related to the Bush episode.