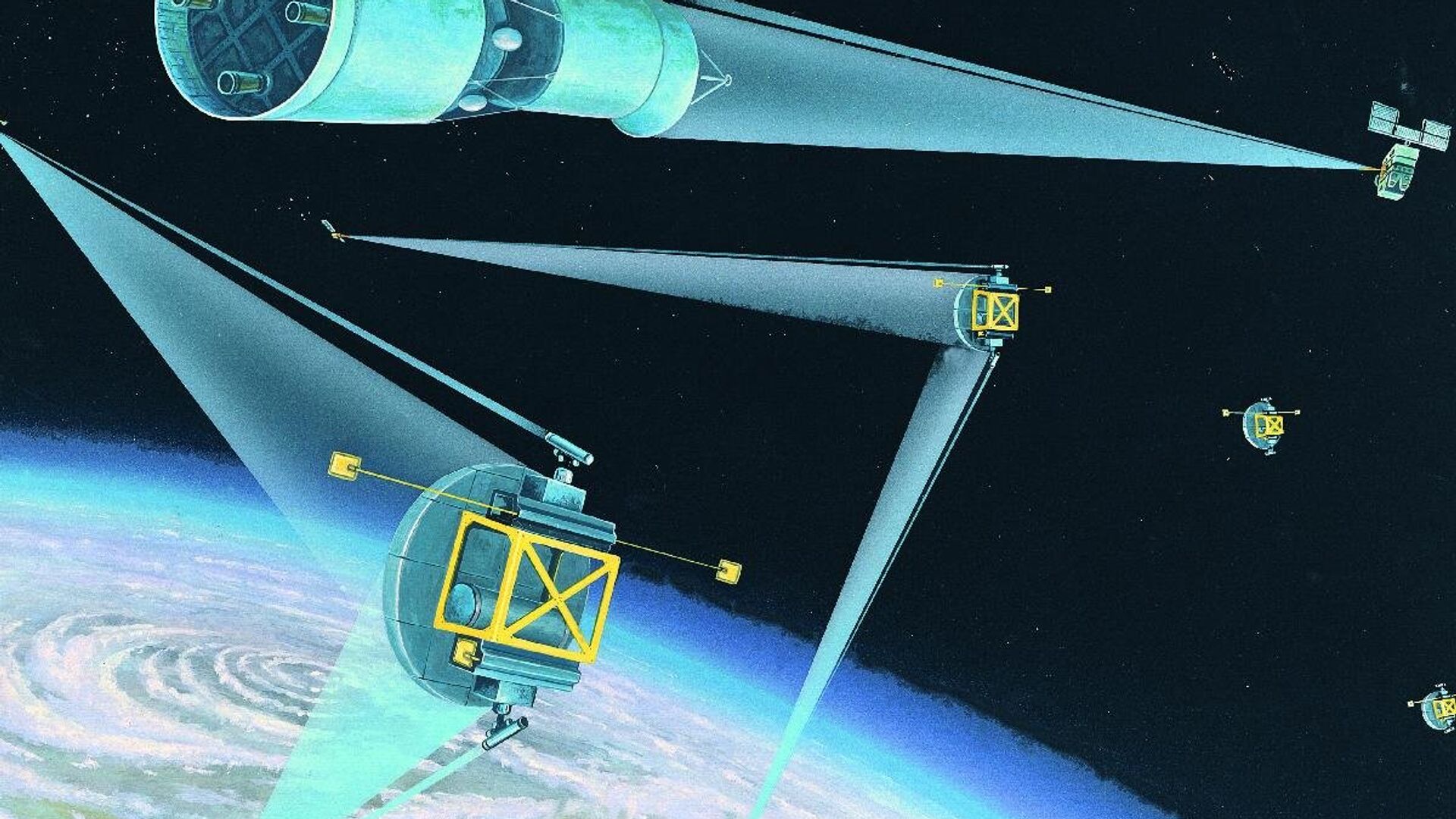 Russia and China proposed an international treaty aimed at preventing the militarization of outer space in 2008. Washington dismissed the idea as a “diplomatic ploy” which would allow Moscow and Beijing to get the upper hand on the US militarily, effectively killing the proposal.The United States could use the security crisis in Ukraine as a pretext to deploy weapons, including nuclear weapons, in space, Andrei Belousov, Russia’s deputy representative to the United Nations, has said.“It is impossible to directly link the risks of the deployment of weapons in space to the [Russian] special military operation on the territory of Ukraine. There is no such direct link. However, the fact remains that the United States and its allies will use the Ukrainian playing card as an additional argument in favor of implementing their military plans not only on land, at sea and in the air, but also in space. Therefore, it cannot be ruled out that the special military operation will be used as a pretext for the faster practical implementation of these plans,” the diplomat said, speaking to reporters on the sidelines of the Tenth Review Conference of the Parties of the Treaty on the Non-Proliferation of Nuclear Weapons on Friday.Belousov suggested that Washington’s refusal to discuss a legally binding means to prevent an arms race in outer space over the past decade-and-a-half “speaks for itself.”“It means that they did not plan to take on any additional obligations from the very start which would set limits on their military space plans. We may well assume that these plans include the possibility of the deployment of nuclear weapons in space,” the Russian official stressed.

Belousov spoke at the NPT review conference on Friday, on the eve of Saturday’s 77th anniversary of the US nuclear bombing of Hiroshima. During his address, the diplomat reiterated Russia’s commitment “to freeing the world from the threat posed by weapons of mass destruction, including nuclear weapons,” and pointed out that Russia has reduced its strategic nuclear arsenal by 85 percent since the mid-1980s.Belousov recalled that the Strategic Arms Reduction Treaty (or New START) was extended for five years in February 2021 at Moscow’s initiative, and that Russia and the US had agreed on an expanded dialogue on strategic stability. “Its ultimate goal, as we saw it, was to develop a new ‘security equation’ that would take into account all factors of strategic stability and encompass both offensive and defensive nuclear and non-nuclear weapons capable of meeting strategic challenges,” he said.

WorldHiroshima Survivor Hopes Her Generation Last to Suffer Through Such a Cruel Experience06:24 GMT“However, the positive achievements have not been implemented due to the US policy of achieving military superiority while completely ignoring Russia’s ‘red lines’ in the field of security. Washington used Russia’s rebuff to the attempts to put us in a vulnerable position as a pretext to ‘freeze’ the strategic dialogue. However, in the absence of cooperation, strategic stability challenges and contradictions only accumulate and intensify,” Belousov warned.“We hope that the understanding of the objective need to avoid total chaos in strategic affairs and to prevent the development of events in the worst-case scenario will sooner or later prevailed,” he stressed.Belousov accused NATO of acting “irresponsibly” by admitting the possibility of the deployment of American nuclear weapons in Eastern Europe, and pointed to Russia’s concerns about the fledgling AUKUS alliance between Australia, the UK and the US and its implications for strategic stability.

AUKUSAUKUS Paves Way for Placing Nuclear Weapons in Australia, Russian Foreign Ministry Says13:04 GMTThe diplomat also reiterated Russia’s position that “a nuclear war cannot be won and must never be fought,” and emphasized that “in the current circumstances, it is more critical than ever that the nuclear powers behave with restraint and responsibility.”

Russia and China proposed a treaty aimed at preventing the militarization of outer space in 2008, with the proposal including space-based armaments, anti-satellite weapons, and other military systems. The United States dismissed the draft document as a “diplomatic ploy,” and no progress has been made under successive US administrations.Russian officials have continue to tout the proposed treaty in the years to come, with Russian Foreign Minister Sergei Lavrov saying as recently as 2021 that there was still a chance to work out “generally accepted, legally binding measures which can prevent a military confrontation in outer space” using the Russian-Chinese draft treaty as a first step.The United States has rejected the proposed treaty, and a series of United Nations resolutions proposed in 2020 on outer space security. In 2019, the Trump administration established a new branch of the military called Space Force. The Biden administration has expressed “full support” for the new fighting force, and claimed that its goals will include “combating climate change” under the Democrat president. Space Force now has a budget of $18.2 billion (and a requested 2023 budget of $24.4 billion), 8,400 personnel and 77 spacecraft, including the US Global Positioning System constellation, military communications satellites, the US missile early warning system, and the Boeing X-37B spaceplane.

‘There Will Be No Surrender’: Serbian President Calls for Peaceful Solution to Kosovo Escalation