FILE – This Friday May 5, 2017 file photo shows the headquarters of the Organisation for the Prohibition of Chemical Weapons (OPCW), The Hague, Netherlands 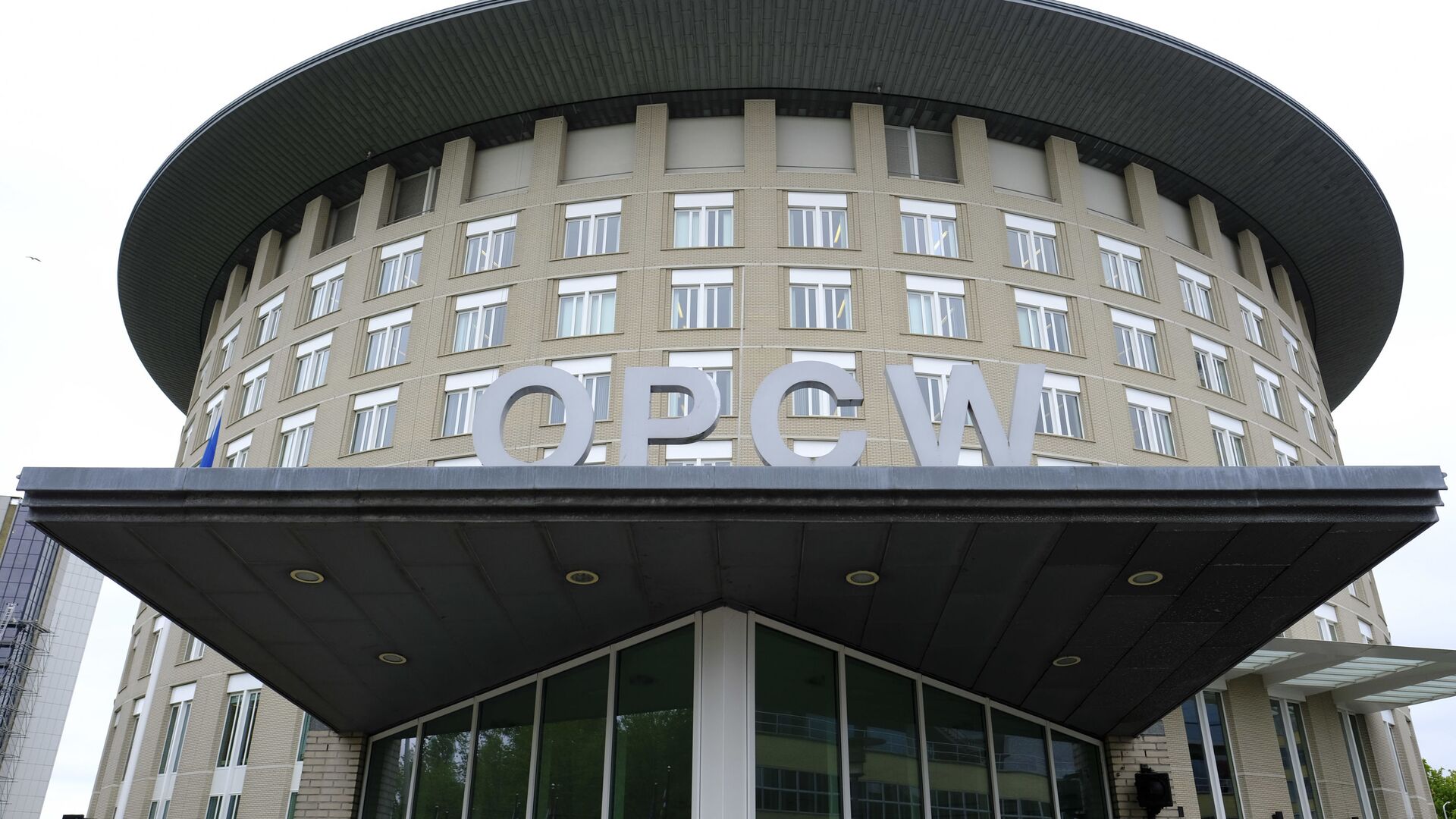 Moscow informed the Organization for the Prohibition of Chemical Weapons (OPCW) about Ukraine’s preparations to stage a chemical provocation at Slavyanskaya Thermal Power Plant in the Donetsk People’s Republic (DPR) earlier this week. However, the OPCW’s record triggers concerns about the entity’s trustworthiness, a US journalist has warned.Kiev may resort to a chemical provocation as it becomes increasingly clear that the Ukrainian military is losing the war and growing desperate to maintain US support, according to Max Parry, an independent US journalist and geopolitical analyst.”At some point the US is going to detach itself and Kiev may resort to last-ditch measures to preserve military aid from the West when it starts to abandon them,” Parry said. “There is precedent for this in other theatres of the NATO-Russia proxy war when the Syrian opposition fell back on the use of such false flags when Damascus turned the corner in the Syrian war after the Russian intervention, and we could very well see extremist groups in Ukraine like the Azov Battalion employ such deceitful tactics.”Still, this possibility raises questions concerning the impartiality of the OPCW, according to the journalist. There have been various conventional attacks in Ukraine which were blamed on Russia with zero evidence, the journalist noted. He refers to the alleged bombings of schools and hospitals, as well as the Bucha provocation which was staged by Ukrainian Nazi militants in order to accuse Moscow of targeting peaceful civilians. Each time, western governments and the mainstream press pinned the blame on Russia, Parry noted.”In recent years, the OPCW has been exposed as a highly disreputable and untrustworthy organization that acts completely at the behest of the foreign policy objectives of the US-dominated international order and is certainly not an impartial watchdog working toward a world free of germ warfare,” explained Parry.

“[This lack of impartibility] we saw in its investigation of the alleged 2018 chemical weapons attack in Douma, Syria, when its own experts’ and scientists’ discoveries deviated from the predetermined narrative that Damascus was guilty of the use of nerve agents, or whether such armaments were even used at all. The OPCW leadership suppressed and censored their hands-on scientific conclusions in an illicit cover-up to comply with Washington’s agenda against the Syrian government,” the journalist noted.The Douma chemical incident took place in Syria on April 7, 2018, and was hastily blamed on Damascus by the Trump administration to justify massive US and allied strikes on Syrian government targets.Moscow and Damascus lambasted the US attacks, citing the fact that the Syria joined the OPCW agreement in 2013 and destroyed its chemical stockpiles by 2014. Nonetheless, the OPCW backed the US narrative in its 2019 report, which was soon thrown into doubt by a WikiLeaks bombshell release as well as whistle-blower accounts showing that the organization suppressed the evidence showing that the Douma incident was staged.© Photo : AFP, Facebook/Yulia SkripalComposite photo of Sergei and Yulia Skripal. 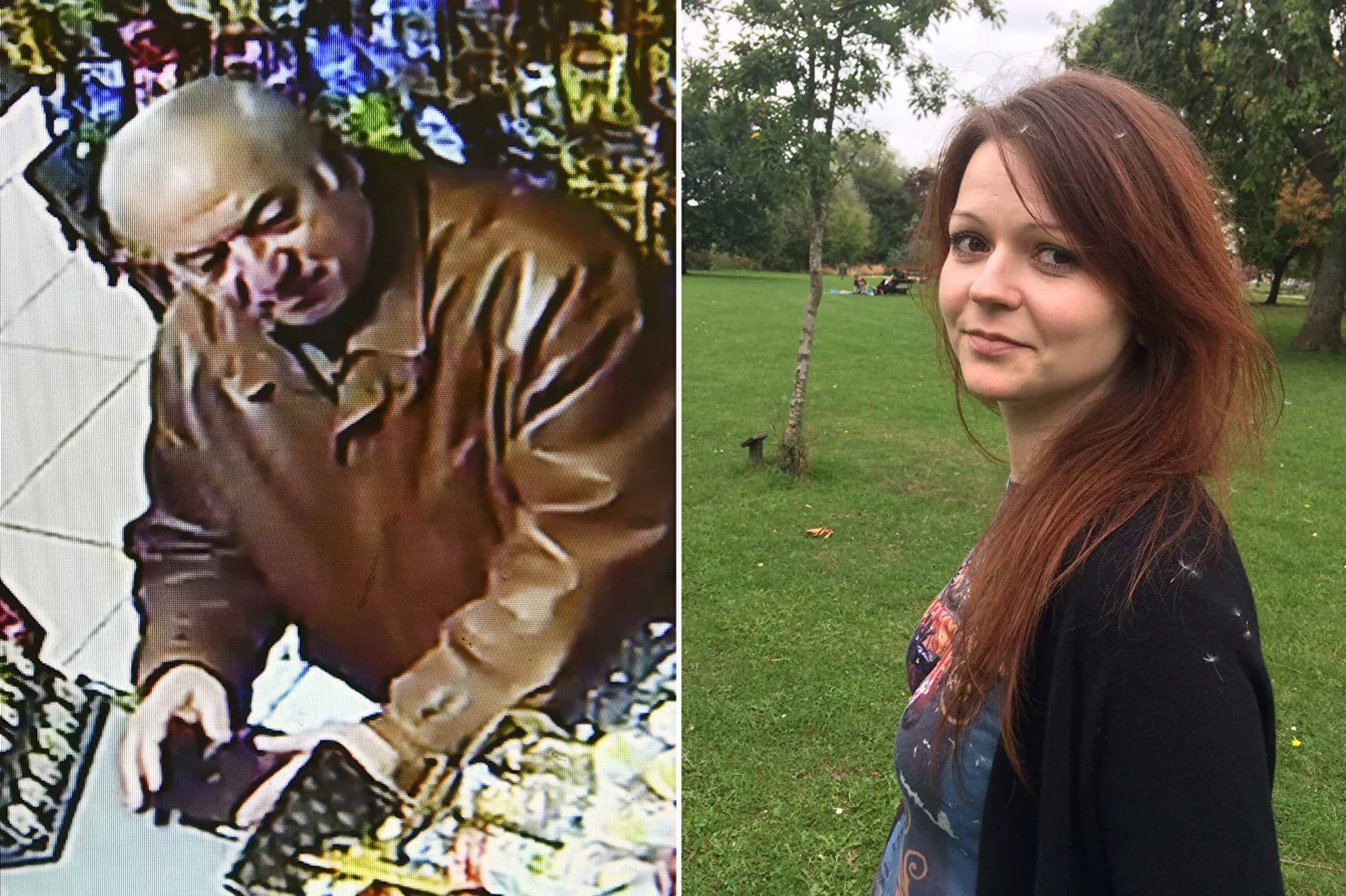 “Unfortunately, the false flag gas attacks in Syria are hardly the only instance when the OPCW has served as an arm of western imperialism,” continued Parry. “In the 2018 poisoning of former Russian intelligence officer Sergei Skripal and his daughter in Salisbury, UK, the British government accused Moscow of being behind the attack without any verifiable evidence whatsoever, claiming the toxin was a ‘military grade’ nerve gas from the Soviet era known as Novichok.”Even though the OPCW attested that Russia had previously destroyed its chemical arsenal and it couldn’t determine the nerve agent’s country of origin in the Skripal case, the international organization allowed itself to be a tool for political subterfuge in order to punish Moscow, highlighted the journalist.In September 2021, Bulgarian investigative journalist Dilyana Gaytandzhieva exposed a breach in the chain of custody in the handling of Skripal’s blood samples by the British military laboratory DSTL Porton Down, which reportedly identified Novichok. The journalist quoted information obtained from the UK Ministry of Defence (MOD) under the Freedom of Information Act. She did not rule out that the Skripal’s samples were tampered.© Sputnik / Алексей Витвицкий / Go to the photo bankThe Charite clinic in Berlin where Russian opposition figure Alexei Navalny underwent medical treatment in autumn 2020. 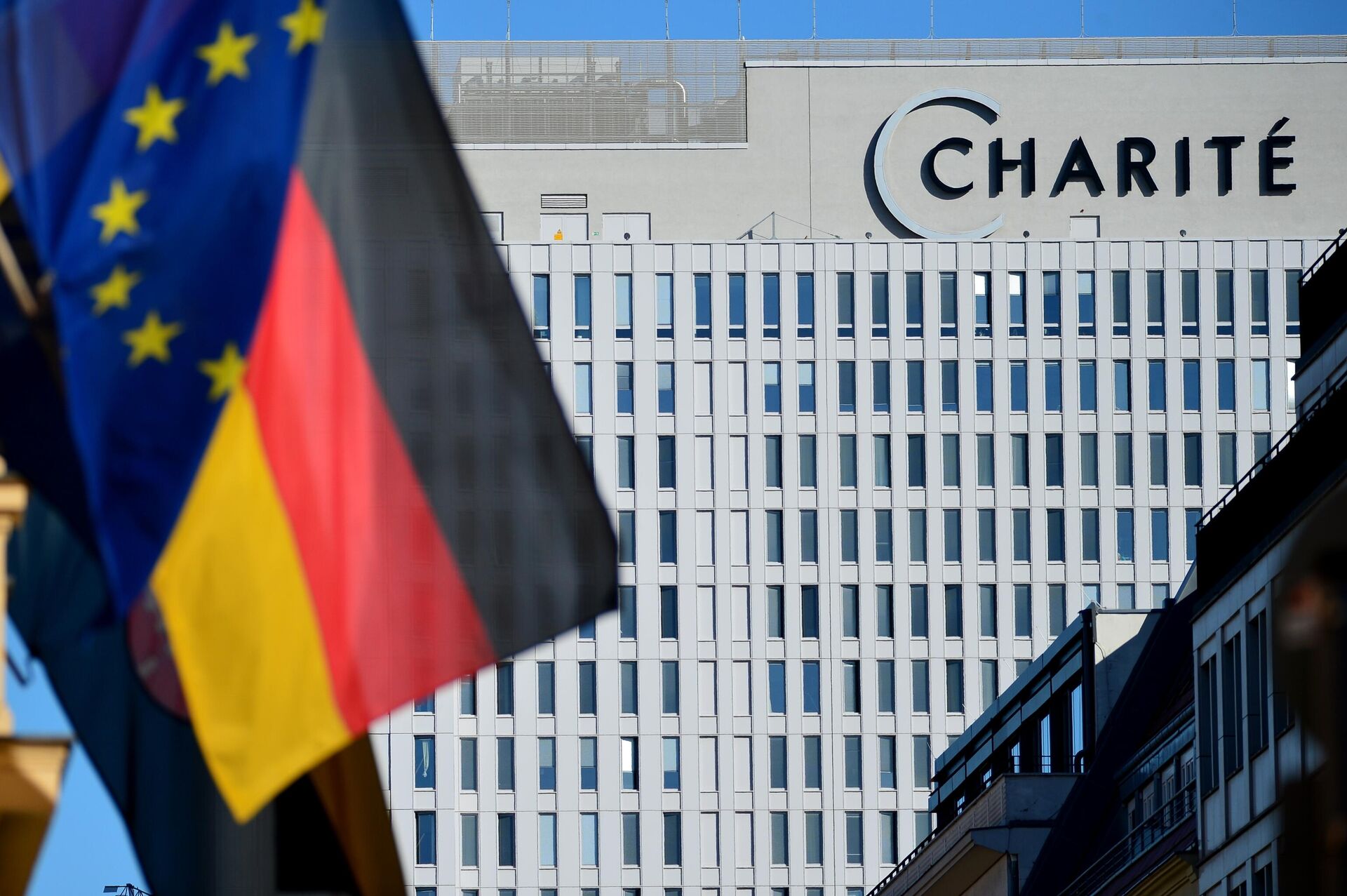 The same pattern continued with the politicization of the case of the alleged poisoning of the western-backed Russian opposition blogger Alexei Navalny in 2020, in which Germany claimed he was poisoned by Novichok.”When Moscow requested a joint investigation of the toxic chemical which was supposedly administered to Mr. Navalny, the OPCW denied Russia’s appeal,” Parry stressed.In September 2021, Gaytandzhieva drew attention to the fact that the transfer of Navalny’s blood samples also took “an unreasonable amount of time.””His biological samples were collected in a German hospital and were delayed by five days before being transferred to OPCW-designated laboratories, an OPCW document reveals,” she wrote, stressing that the inexplicable delay raised suspicions of tampering.NATO member-states have long possessed Novichok samples which were first collected by Germany’s Federal Intelligence Service (BND) in the 1990s, according to a joint report by German newspaper Sueddeutsche Zeitung, the weekly Die Zeit and broadcasters NDR and WDR.”I think the funding of an organization like the OPCW heavily influences the way it and other international bodies end up serving the interests of the western empire (the US is the largest financial contributor to the watchdog so inevitably ends up manipulating it for Washington’s geostrategic goals.),” Parry concluded. “Even though the US has not fully destroyed its chemical weapons stockpile as per the Chemical Weapons Convention, the focus of [the OPCW] remains on Russia which eliminated its armaments in 2017 as verified by the OPCW.”

West Came to Global Preeminence Through Robbery of Other Peoples, Has No Model of the Future: Putin

Poles Protest in Warsaw Against Mass Immigration From Ukraine – Video