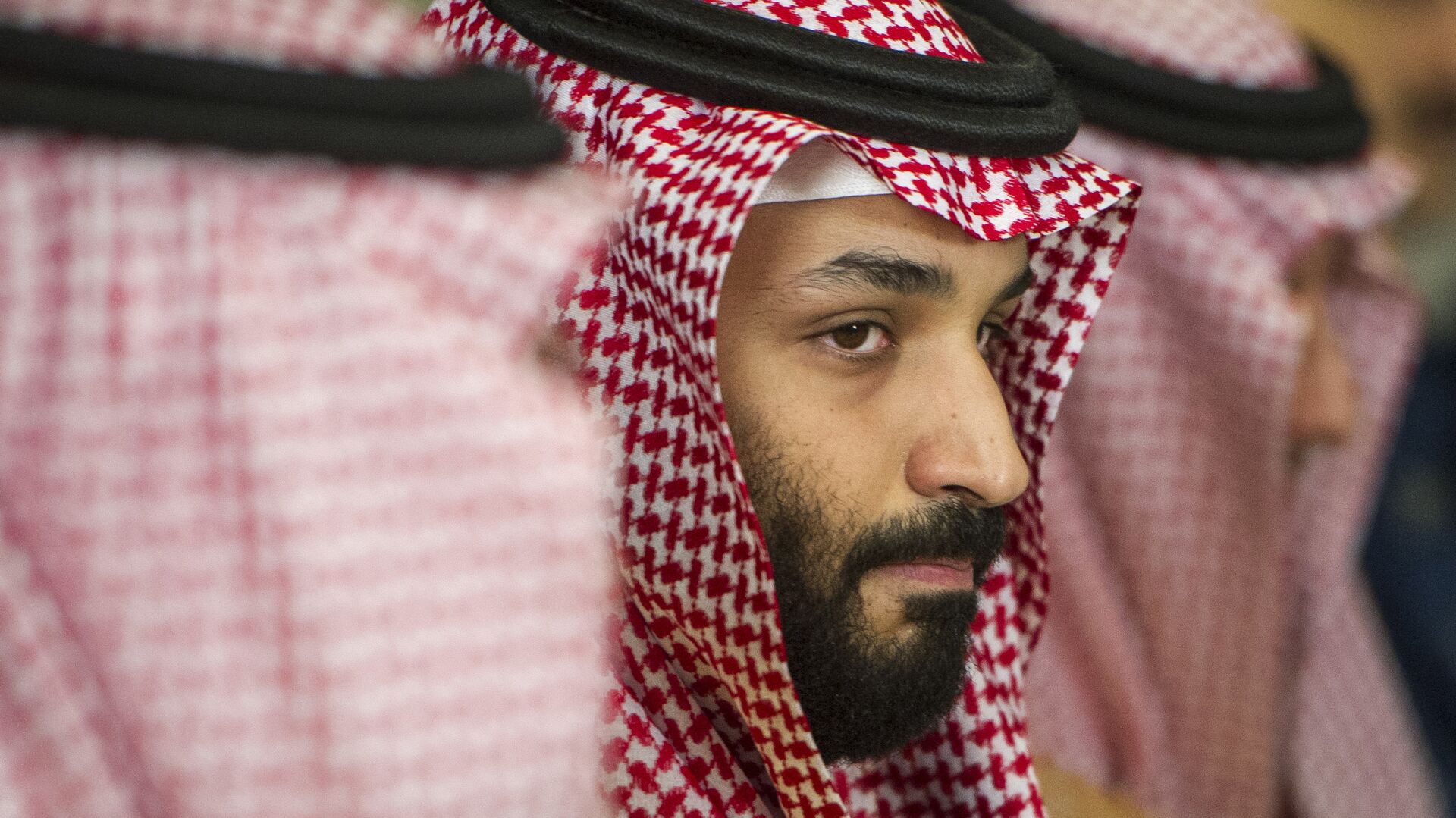 President Joe Biden needs more than just tamed fuel prices from Saudi Arabia, argue Bloomberg and Foreign Affairs. Offering a new Middle Eastern strategy would bring Riyadh back into Washington’s fold.US President Joe Biden is expected to visit Saudi Arabia at the end of his July 13-16 Middle East trip that includes stops in Israel and the West Bank.Biden has castigated Mohammed bin Salman, the heir to the Saudi throne, for alleged human rights violations since entering the White House. However, the Democrat has opted to embark on an official trip to the oil-producing kingdom now that the average US gas price has topped $5 a gallon.”Biden is going to Jeddah to persuade Saudi Arabia to increase oil production,” explained investigative journalist Rick Sterling. “It is a big climb-down for Biden since he previously called Saudi Arabia a ‘pariah’.”Biden has good reason to feel uneasy. Skyrocketing oil prices and galloping inflation could bring about the Democratic Party’s downfall in the November midterms, potentially leaving the administration without their slim majority in the House and the Senate, and Biden as a “lame duck” president.US foreign affairs experts argue that Biden should “go big” to get what he wants. According to Bloomberg and Foreign Affairs, the president should focus on the US and Saudi Arabia’s “shared threat” of Iran and offer the kingdom a “new strategic compact” with Washington.The US could provide Riyadh with “a strategic framework agreement,” make available necessary weapons systems and, if needed, “extend a [US] nuclear umbrella to Saudi Arabia,” suggested Council of Foreign Relations (CFR) scholar Steven A. Cook and former US Ambassador to Israel Martin Indyk in their latest op-ed for Foreign Affairs.In exchange, the foreign policy experts claimed that Riyadh must “undertake several reciprocal steps.” In particular, they insisted that Saudi Arabia should make a “formal open-ended commitment to use its excess oil production to stabilize oil prices at reasonable levels” and to end “its production quota agreement with Russia” within the OPEC+ framework. Riyadh should also satiate the European market with crude, thus allowing the US to exert further pressure on Russia, according to the scholars. However, that is not all: they also claim that Biden should demand that Riyadh stops its “burgeoning” military cooperation with China.The scholars’ overall grand design envisages the creation of a new Middle Eastern axis encompassing Israel, Saudi Arabia and the US which would target Iran, Russia, China and their regional allies.

Why Biden Will Have a Hard Time Trying to Persuade Saudi Arabia to Boost Oil Output19 June, 15:31 GMT

US Seeking To Use Saudis To Achieve Geopolitical Objectives

However, Sterling questions whether Biden will manage to persuade Saudi Arabia back to the US fold.”The US foreign policy is primarily negative: trying to undermine Russia and also Iran,” he said. “The US seeks to prolong the conflict in Ukraine and also Syria and will try to enlist Saudi support. In late 2014, Saudi Arabia was instrumental in crashing the price of oil by over-producing. This was in alignment with US desires to undermine Russia, Iran and Venezuela.”The investigative journalist noted that Saudi Arabia and the US have had a close relationship for many decades.”Since 1951, the US has been committed to supporting the Saudi monarchy in exchange for oil production priority,” he noted. “Since the 1970’s, Saudi Arabia has been the basis of the petrodollar. Saudi Arabia is a huge buyer of US weapons. In addition Saudi Arabia has huge investments in Wall Street. All of this means the two are intertwined.”Back in 1986, Saudi Arabia dramatically stepped up oil extraction dropping crude prices from $32 a barrel to $12. It is believed that Riyadh’s demarche was a result of the secret agreement between William Casey, then director of the Central Intelligence Agency (CIA), and Saudi King Fahd bin Abdulaziz Al Saud to deal a blow to the Soviet economy.© AP Photo / Evan VucciPresident Joe Biden speaks at the IV CEO Summit of the Americas, Thursday, June 9, 2022, in Los Angeles. 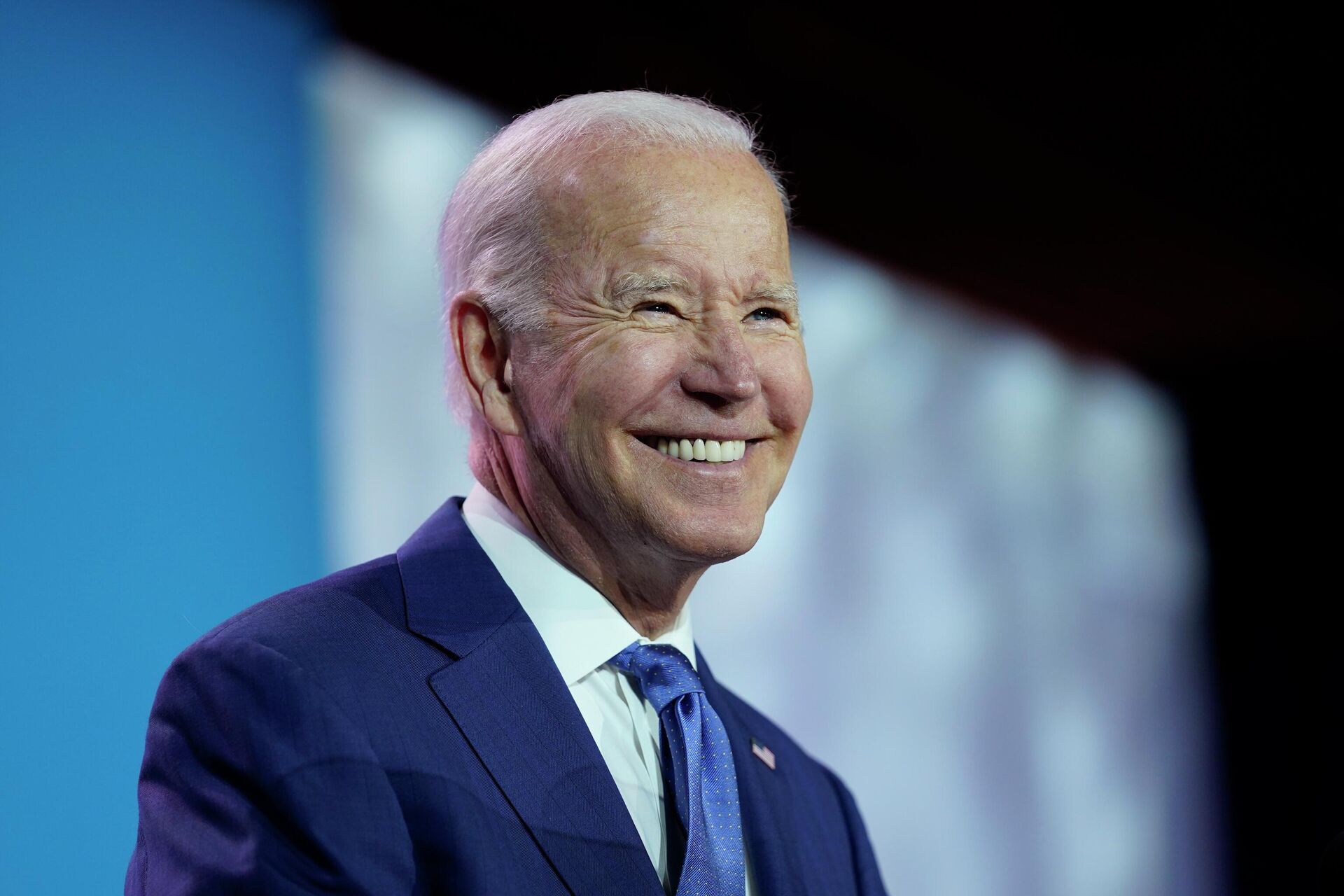 However, much has changed since, according to Sterling. Russia has increased its diplomatic ties with Saudi Arabia, while US ability to pressure other countries is declining.While the Biden administration is seeking to boost its positions at home through a sweetheart deal with Saudi Arabia, the Democratic establishment’s position is increasingly weak. As Biden’s approval rates continue to plummet, Riyadh might take a “wait-and-see” approach ahead of the midterm elections.”US control over the Gulf states may be waning as countries increasingly see other economic powers such as China and view the US as unreliable,” Sterling informed.In addition, the Saudi elite appears to be unwilling to provide Biden with a trump card since they want “someone else” in the Oval Office, as Aziz Alghashian, a lecturer at Essex University, suggested in an interview with Sputnik on 19 June.Dissatisfaction with the Democrats appears to go back to the times of the Obama administration which had strained relations with King Abdullah bin Abdulaziz Al Saud over the US’ nuclear deal with Iran and Washington cracking down on Egypt under Abdel Fattah al-Sisis, a Riyadh’s ally.Likewise, it does not look plausible that Saudi Arabia will unilaterally tear apart the OPEC+ agreement at Biden’s request. Such a move would cause the kingdom to lose face, according to Dr. Ahmed Al Ibrahim, a Riyadh-based political analyst.”One thing about the Saudi royal family and the Saudi people and Saudi Arabia, we honor commitments, we honor contracts, we honor things that we promise other members of the OPEC+. We do honor our word with other countries no matter what,” Al Ibrahim told Sputnik on Sunday. “As far as breaking the annual rule with OPEC+ – this is not going to happen.”

Saudi-Israel Deal Nowhere in Sight, Won’t be Given as Trophy to Biden, Says Analyst

Israelis Angry With Soaring Prices as Hope For Change Persists

Why is Israel Being Compared to Apartheid South Africa?