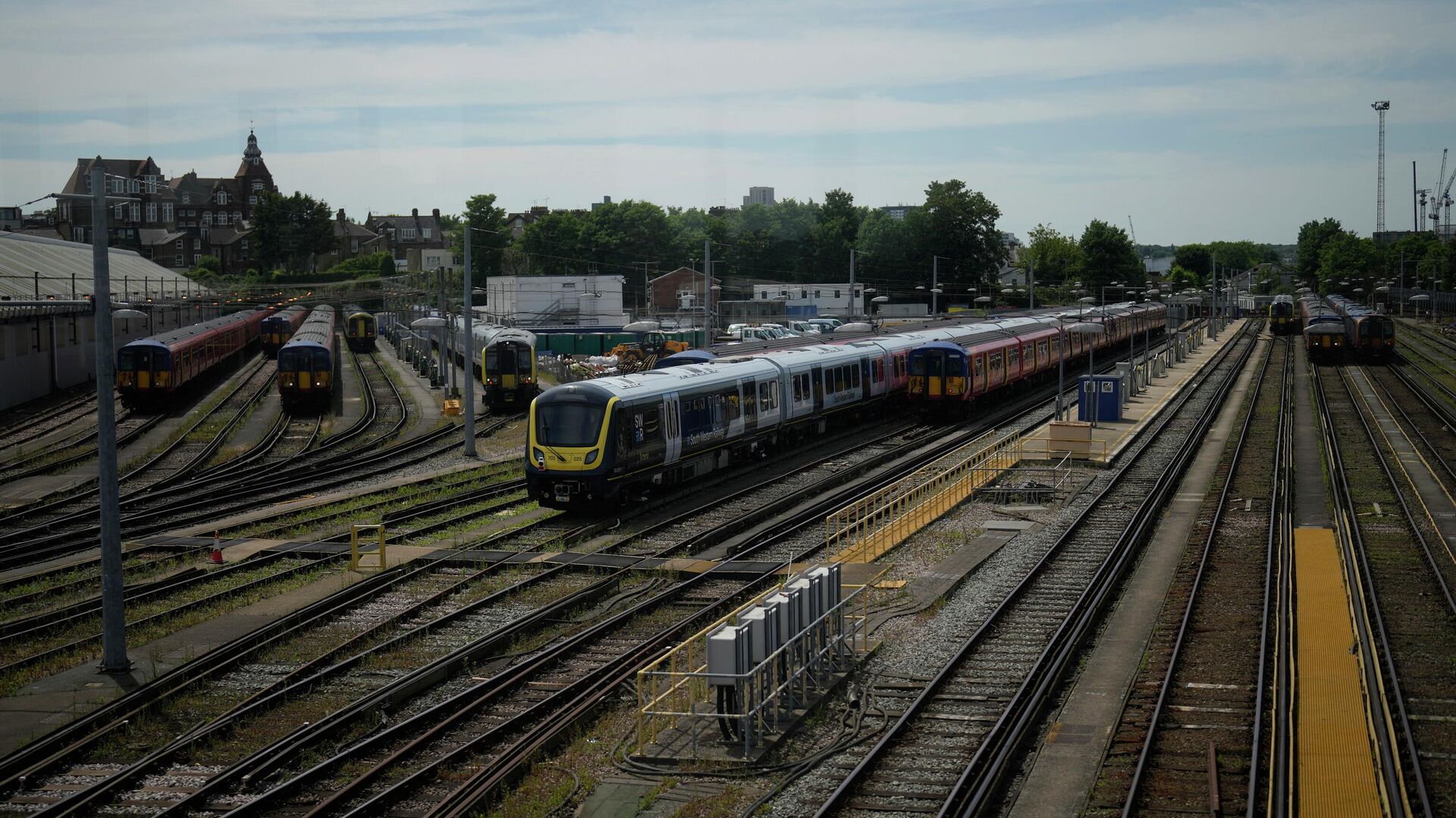 Massive rail strikes in the United Kingdom began on June 21, marking the country’s most overwhelming industrial protest in 30 years. Thousands of rail workers walked out, bringing the country to a standstill as transport staffers are demanding better working conditions.The National Union of Rail, Maritime and Transport Workers (RMT) is continuing its sweeping nationwide protests for a second day, with strikes scheduled for June 21, June 23 and June 26.The talks between the union and the government to avoid new strikes were expected to take place on Wednesday, but “never really started”, according to state-owned company Network Rail. RMT general secretary Mick Lynch has pinned the blame for the failed negotiations on Transport Secretary Grant Shapps, claiming that the latter prevented Network Rail from withdrawing “their letter threatening redundancy for 2,900 of our members”.Shapps, in his turn, has vehemently dismissed Lynch’s statement as a “total lie”, arguing that the RMT fails to take responsibility for the strikes and ruins the negotiations.The nationwide rail strikes, which kicked off on June 21, have plunged the country into a standstill, massively disrupting travel services across the railways and the London Underground. Shapps, however, stated that the disruption was not too overwhelming.”Despite the best efforts of militant union leaders to bring our country to a standstill, it’s clear this week’s strikes did not have the desired impact due to more people being able to work from home. However, far too many hard-working families and businesses were unfairly affected by union’s refusal to modernize,” the Transport Secretary said.The unions demand better working conditions for transport system staffers, particularly a pay raise of at least 7% for the RMT members. The government has argued that the union should resolve the issue with the employers directly.UK Prime Minister Boris Johnson condemned the strikes as “wrong and unnecessary”, recalling how the government supported the railway industry with “thousands and thousands of pounds” throughout the pandemic. Now, according to the PM, the strikes are not only affecting people’s appointments and plans, but also damaging the businesses struggling to recover after the pandemic.As an estimated 40,000-50,000 railway workers walked out, new legislation was put forward to allow agency workers to fill in for the striking staff – something that is currently illegal. The new bill is aimed at eliminating “burdensome legal restrictions” and greenlighting the businesses to hire temporary staff at short notice to cover essential roles for the time of the strike.

"Once again trade unions are holding the country to ransom by grinding crucial public services and businesses to a halt. The situation we are in is not sustainable," argued Business Secretary Kwasi Kwarteng. "Repealing these 1970s-era restrictions will give businesses freedom to access fully skilled staff at speed, all while allowing people to get on with their lives uninterrupted to help keep the economy ticking."

The Labour party, while echoing the RMT sentiment of landing the blame at the Tory government, is reluctant to officially back the strikes, with its leader Keir Starmer prohibiting his fellow Labour MPs from participating in the protests. A Labour source told The Telegraph that it was a move to not fall into a “Tory trap”, but the decision to not back the strikes officially has already caused a rift within Starmer’s party.Public opinion on the ongoing strikes appears to be divided. According to a YouGov poll, fewer than four in ten Brits (37%) support the strikes, with 47% of people opposing the rail workers’ protest. However, another poll, conducted by Savanta ComRes, found that 58% of Brits think the strikes are “justified”, while 34% believe the protests are “unjustified”. The same poll also showed that two thirds of its respondents believe the government did not do enough do prevent the strikes.