A Virgin train arrives at Euston station in London, on August 15, 2012 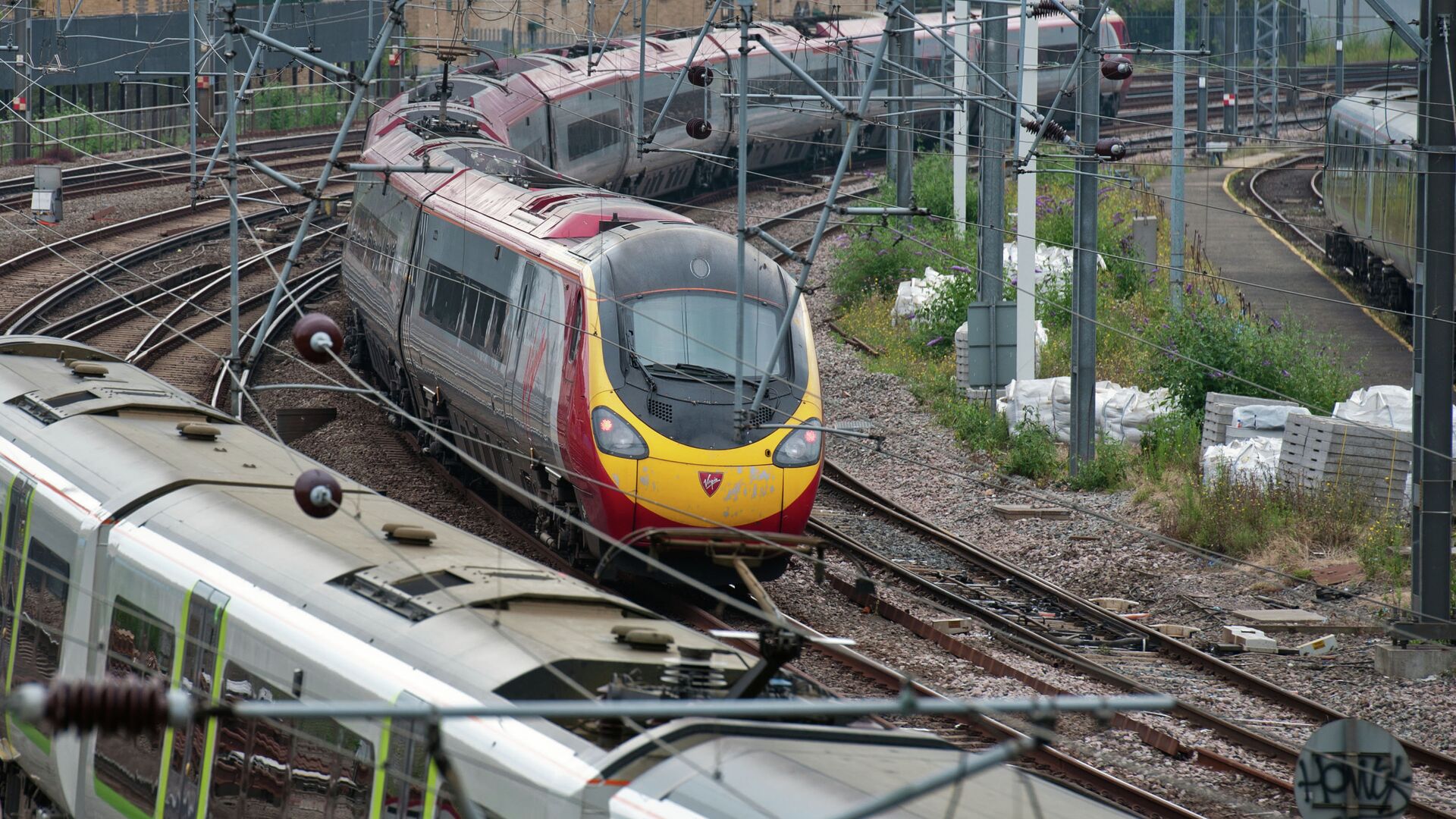 The UK’s biggest strike in 30 years is due to kick off on 21 June and continue on 23 and 25 June, according to the Rail, Maritime and Transport union (RMT), as the railway industry became mired in crisis. The RMT and Unite unions will also take part in the London Underground workers’ action on Tuesday in a separate dispute.”People have no choice,” says Steve Hedley, senior assistant general-secretary of the UK’s Rail, Maritime and Transport Union, referring to the forthcoming railway strikes in the UK. “The energy is going through the roof. Fuel prices are up 50 percent. Gas prices, electric prices the same, cost of food is going up. People need a pay rise and the government won’t give them one. So they’ve got no choice but to go on strike.”The planned rail strikes are expected to involve 40,000 workers from Network Rail and 13 train operating companies, being the biggest industrial action in the rail network for a generation. Thousands of British rail workers face losing their job this year as the government-run Network Rail is considering job cuts over rocketing inflation and soaring costs of living. The Consumer Prices Index (CPI) – the most popular inflation gauge – rose by 9 percent on an annual rate in April 2022, up from 7 percent in March. Likewise, gas and electricity costs have risen by 53.5 percent and 95.5 percent, respectively, year-on-year.Still, the trouble has started brewing for the railway industry much earlier: roughly a year ago the RMT started negotiations with the government over the latter’s railway reforms because of an 80 percent decline in passenger revenue since the start of the COVID pandemic. Although the government vowed to make the industry more effective, in reality it meant lay-offs and a complete overhaul of the system, argued the unions.

Soros Bags Fortune Bidding Against UK Ticket Company as London Announces Railway Overhaul21 May 2021, 15:07 GMTAfter the unions and Network Rail failed to reach a compromise on redundancies and pay rises, railway workers voted overwhelmingly for nationwide strike action in May 2022, triggering discontent from the UK government and business leaders. Last month, Transport Secretary Grant Shapps threatened that the government would introduce measures criminalising industrial actions on the railway network unless a minimum number of staff continues to work.The UK government’s approach shows that No 10 is looking for nothing short of a conflict with the unions, according to Hedley.

"[The British government] know[s] that in the last three years workers haven't had a pay rise," Hedley highlights. "They've seen their real incomes drop by a quarter by 25 percent. And that's because inflation is out of control and workers aren't getting any pay rises. So the UK government is looking for the Margaret Thatcher moment where they took on the trade unions. It's a convenient scapegoat because they want to detract from 'partygate' where the Prime Minister [Boris Johnson] was bringing in suitcases full of booze and drinking them; they want to detract from the cost of living crisis. So it's a great diversion to have a punch up by the trade unions."

The government response has not been helpful, agrees Professor Mark Stuart, director of the Centre for Employment Relations Innovation and Change at the University of Leeds’ Business School.”Threatening to make it harder to strike – the UK already has some of the most stringent anti-union legislation in the world – or to replace strike workers, or generally castigating workers’ actions or the productivity of such action is not productive,” Stuart says. “Instead, the government should be encouraging employers and unions to come together to negotiate a settlement, and where appropriate, such as where the government is the employer, look at levels of investment.”The professor argues that the British government should seek to encourage a settlement and recognise that it requires concessions from both parties. Further than this, No 10 should be looking more seriously “at how to tackle the current cost-of-living crisis and start to understand the very real impact this is having on people’s lives,” according to Stuart.

Railway Strikes Likely to Spill Over Into Other Industries

Network Rail has warned that the train strike on 21, 23 and 25 June will cause six days of disruption to services, specifying that on lines that are open, services will operate from 7:30am to 6:30pm (GMT) only and not all stations will be served, as quoted by Sky News.Transport Secretary Shapps has condemned the strikes in a speech in the House of Commons earlier this week: “These are entirely pointless, counterproductive strikes. They should never have been called and the opposite party should recognise that fact.”Shapps told MPs that the government had tried to protect railway workers during the pandemic with a package equal to “£600 for every household in this country”, or “£160,000 per rail worker”, insisting that “this level of subsidy… simply cannot continue forever”.”The government is taking a fairly conventional approach of resisting the rail workers’ demands,” argues Iain Begg, professor at the European Institute of the London School of Economics and Political Science. “It also has a reasonable argument that support for the railways during the pandemic has preserved jobs. However, it does not seem to have played much of a role in persuading rail workers to be moderate in their demands.”

Biggest Rail Strike in UK’s Modern History Looms as Country’s Inflation Increasing21 May, 06:15 GMTMeanwhile, other public sector groups are likely to follow the railway workers’ example and demand higher pay for the same reasons, making more such action likely, according to Begg, who believes that the government has so far failed to explain the roots and the nature of the unfolding crisis to the British people.Stuart also expects a growth of a wider protest movement. Where unions have significant membership and residual strength one will see more ballots for industrial action and possible strikes. Still, he admits that the majority of workers do not have union representation making it harder for them to protest through the means of calling a strike. However, this may lead to “alternative types of protests and wider demonstrations around falling pay, rising inequalities and the cost-of-living crisis,” he said.

"I think more and more people going on strike will come into conflict with the government," says Hedley. "I think the government will try to repress those strikes. I think there will be public problems and disorder on the streets, falsifications because people are just about getting by on their pay. Come winter they've got to pay massive fuel bills. So I think they've got the prospect of delayed public disorder in Britain."

Biden’s ‘Strategic Confusion’: Why China Won’t Fall Into US Traps in Taiwan & Indo-Pacific

US-UK Rift: Could Differences Between Johnson and Biden Lead to Deep Row Between the Nations?