A woman refuels a car with petrol at a petrol station in Manchester, north-west England (File) 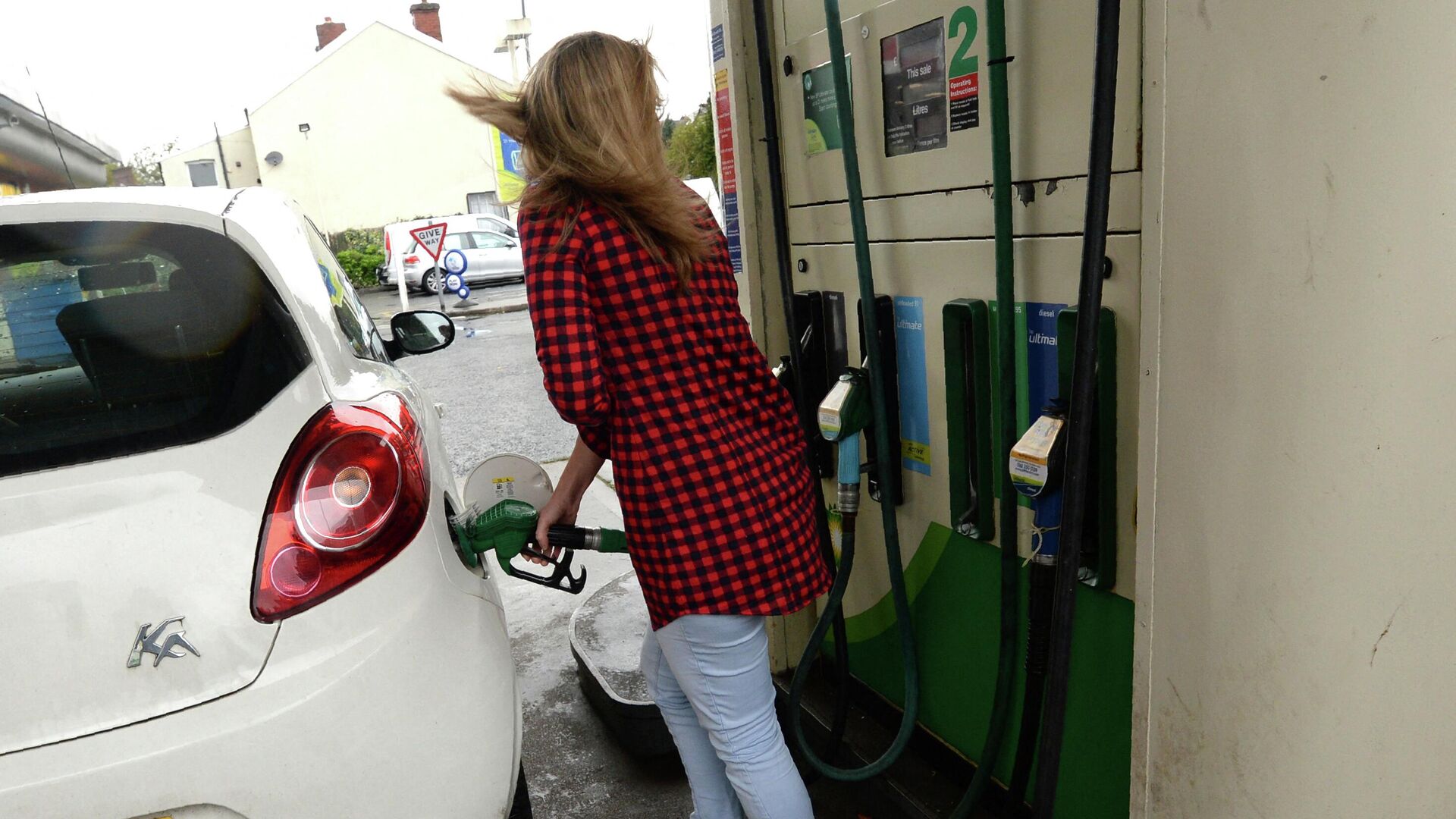 MOSCOW (Sputnik) – Fuel prices in the UK have reached another record high over the weekend, British automotive services company (RAC) said on Monday.”The average price of petrol went up yet again on Sunday to a new record of 188.7p a litre [$2.32]. More than five weeks of successive record prices has caused a litre of unleaded [petrol] to rocket 23p from 165.5p in mid-May,” RAC fuel spokesman Simon Williams said in the company’s report.Diesel was also affected by the increase in tariffs, with the price reaching a record high of 196.1 pence a liter, according to the report.”A full tank of petrol for a 55-litre family car now costs nearly £104 (£103.79) while the diesel equivalent is almost £108 (£107.83),” Williams said, adding that “diesel looks destined to head rapidly towards an average of £2 a litre which would make a full tank £110.”As the RAC fuel spokesman noted, UK drivers will face additional trouble in view of this week’s rail strikes, which will force many to use their cars in the absence of any other transport options.

UK Number of Billionaires Rises as Cost of Living Crisis Persists20 May, 10:40 GMTSince the launch of the Russian special military operation in Ukraine, Western countries have adopted several packages of sanctions against Russia, in particular against its energy sector. Disruption of logistics chains has led to an increase in fuel and food prices in Europe and the United States. In the UK, the tariff increase has impacted millions of households.Recently, fuel prices in the UK have been breaking records due to the rise in global oil prices after the sanctions against Russia. In addition, there is currently a slowdown in fuel supplies around the world due to a number of problems at refineries, a shortage of petroleum and diesel, as well as some types of refined oil.

Dominic Raab: It’s ‘Obvious’ That a Woman ‘Can’t Be Born With a Penis’

Ukraine Should Give Up Donbass For the Sake of Ceasefire, Says Church of England’s Bishop