US President Joe Biden listens during a bilateral meeting with Brazilian President Jair Bolsonaro (out of frame) at the 9th Summit of the Americas in Los Angeles, California, June 9, 2022. 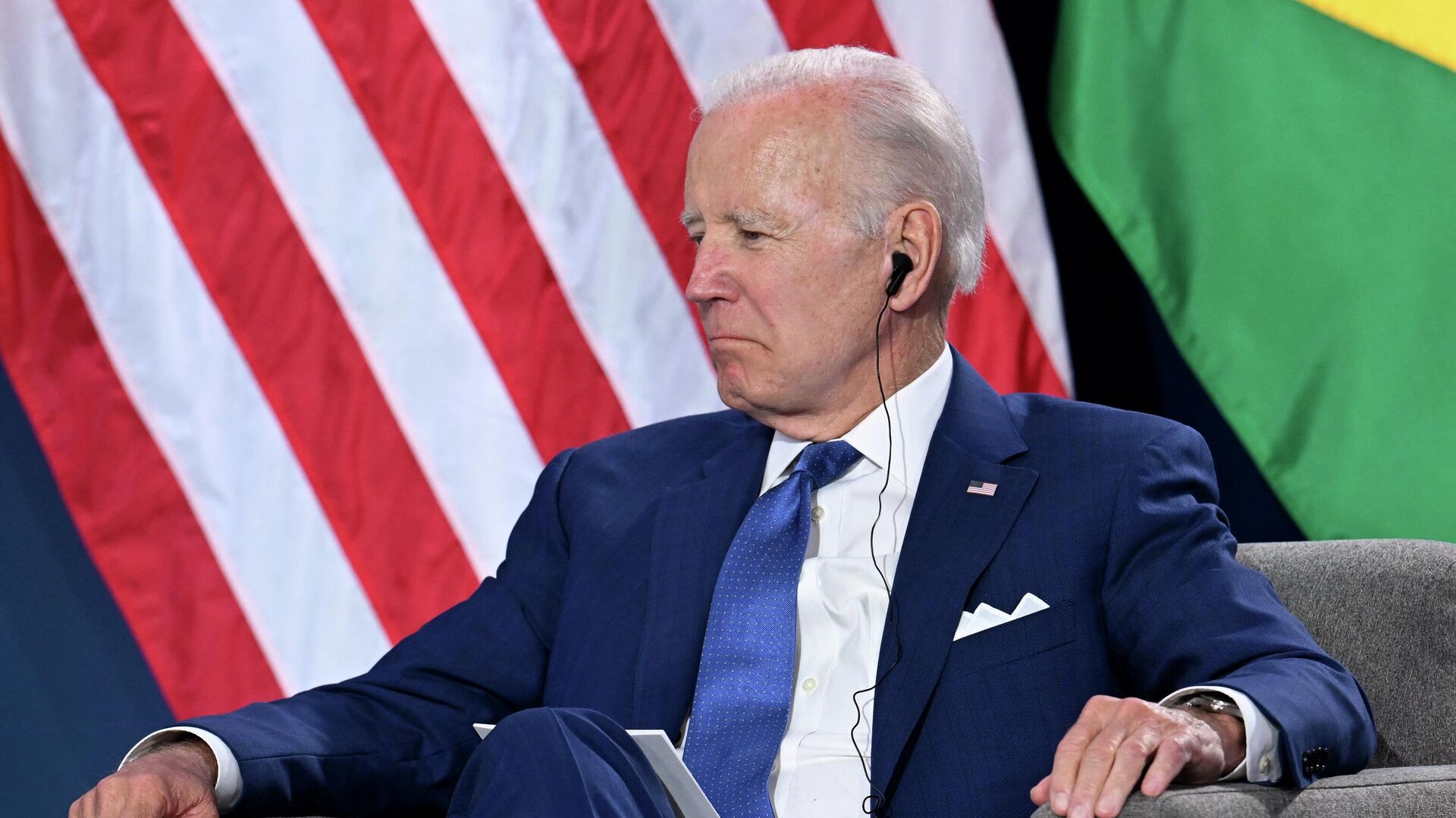 Evgeny MikhaylovThe list had word “you” capitalized to stress the points instructing the leader of free world what exactly he needs to do – like, taking a seat or asking someone a basic question.Joe Biden accidentally showed the public some notes that White House staff prepared for him to get the president through the meeting.On Thursday, Biden, when attending a “Meeting on Federal State Offshore Wind Implementation Partnership,” revealed a note card to the cameras, showing a list of bullet points, directing the slightest details of the event.

"YOU enter the Roosevelt Room and say hello to participants

YOU take YOUR seat

YOU give brief comments (2 minutes)

Addressing the press, White House claimed that the use of such notes are a common practice, and that they’ve been used by every president.However, many people rushed to lambast Biden, doubting he is capable of being in charge of the country, asking who is really governing the US, or straight up mocking him.

YOU put the lotion on YOUR skin or else YOU get the hose again.

“YOU enter the Roosevelt Room and say hello to participants,” the note card began, also reminding the president “YOU take YOUR seat” before reporters arrived.
The bullet-pointed list went on to direct Biden to give “brief comments”… pic.twitter.com/dgIFch2ZGK

Guess the note writer was afraid #Biden would sit in someone else's seat. https://t.co/4Pm5BEh3dx

Yeah. Trump made notes to stay on track instead of rambling off cuff.

He wrote “I” for instructions to himself.

Biden’s people wrote “YOU” in all caps bc they are drugging an elderly man with dementia in order to control him & the country.

Who is in charge? Biden isn’t.

Lmao saw this on IG 😂💀 pic.twitter.com/YCU33XnZur

This is yet another odd case in a long string of controversies which has plagued the administration, which concern the president’s behavior and his age. Those included constant gaffes, weird gestures, and rough statements, on which the White House has had to repeatedly backtrack.According to a recent Harvard-Harris poll, held in May, at least 53% of registered voters said they have doubts about Biden’s mental state while 62% said he might be too old for the office.

SCOTUS: US States Can Prosecute Non-Natives for Crimes on Reservations Against Natives

Better a Pretend Fight Than None at All