This screen grab made from video released by Chinese state broadcaster CCTV shows a Chinese military jet flying as part of military exercises near Taiwan on August 5, 2022. 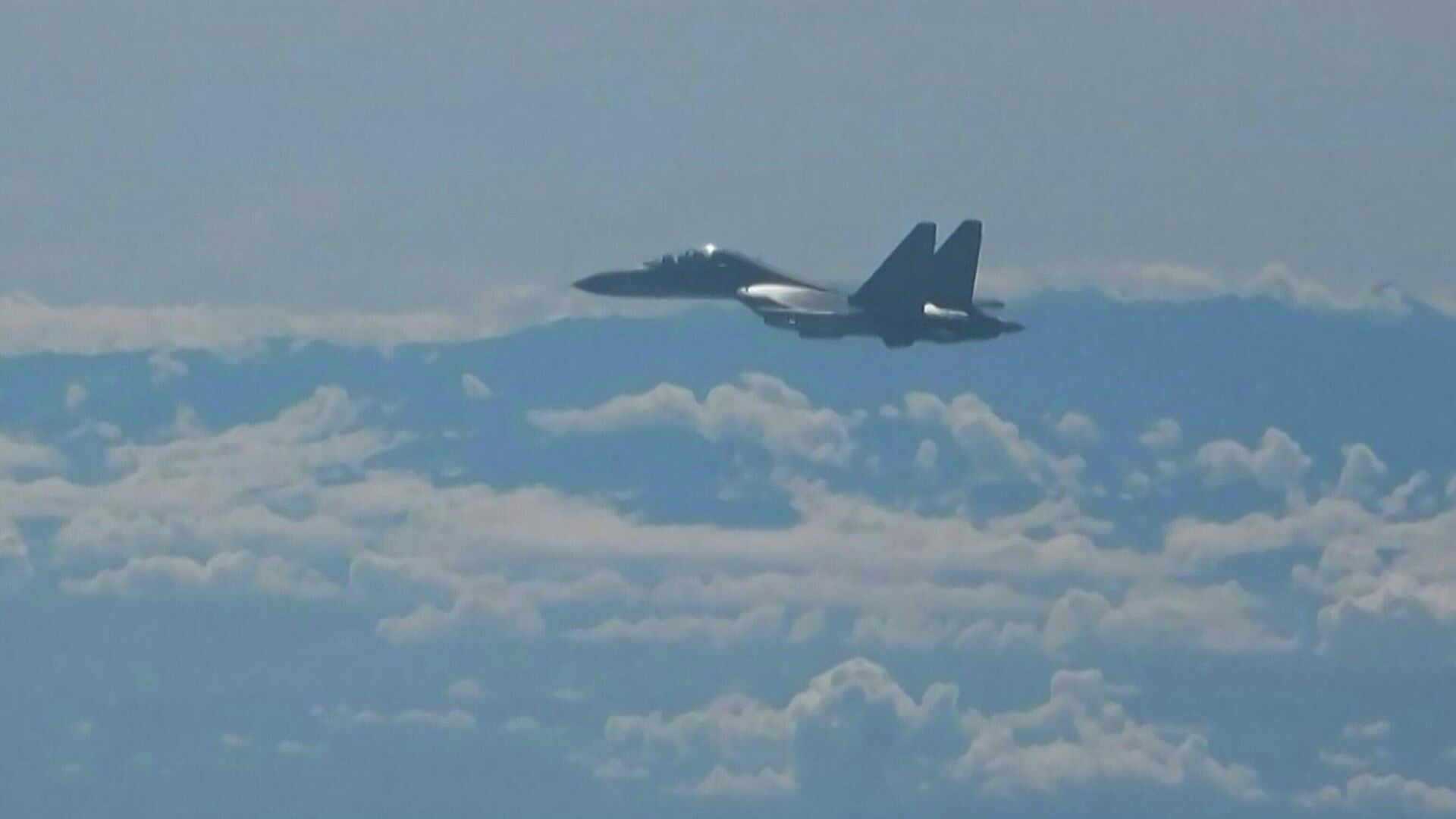 WASHINGTON (Sputnik) – Chinese Ambassador to the United States Qin Gang told US officials upon being summoned to the White House over the Beijing’s military exercises near Taiwan that the responsibility for China-US tensions rests entirely with the United States, a spokesperson for China’s embassy in Washington said.Qin was summoned to the White House by the Biden administration’s National Security Council team on Thursday.”Ambassador Qin pointed out, despite China’s repeated and serious warnings in advance, the United States has had US House Speaker Nancy Pelosi visit Taiwan,” the spokesperson said on Friday. “This has seriously undermined peace and stability across the Taiwan strait and China-US relations. The cause, consequences and merits of the incident are crystal clear. The US side must bear full responsibility for the current situation.”The Chinese ambassador strongly rejected what he called were the United States’ unreasonable accusations that Beijing is escalating tensions by conducting military countermeasures around Taiwan, the spokesperson said.“Over 160 countries and international organizations, including ASEAN countries and other regional countries, have criticized Pelosi’s visit [to Taiwan] and reiterated their commitment to the one-China principle. The US accusation that China is escalating the tensions is completely groundless and false. Facts have proved that the US is the troublemaker for peace and stability of the Taiwan Strait and the region,” the spokesperson said.The ambassador also underscored to the US officials that Beijing’s countermeasures around Taiwan are “necessary and legitimate” in order to deter separatist forces, the spokesperson said.

US Naval Strike Group To Prolong Stay In South China Sea As PLA Performs Drills Near TaiwanYesterday, 05:28 GMT”Ambassador Qin stressed the military countermeasures taken by the Chinese People’s Liberation Army in the waters around the Taiwan Island are necessary and legitimate measures to deter ‘Taiwan independence’ separatist forces, and safeguard national sovereignty and territorial integrity. With prior warnings made about them, the Chinese side matches its words with actions,” the spokesperson said.Earlier on Friday, the Chinese People’s Liberation Army (PLA) Eastern Theater Command said the military exercises off the coast of Taiwan are continuing as planned.The PLA started a large-scale military exercise in six water zones and airspace near Taiwan on Thursday in response to US House Speaker Nancy Pelosi’s visit to the island on August 2-3. The drills are expected to continue until Sunday.In addition, China has sanctioned two Taiwanese foundations for separatist activities, suspended the export of natural sand to Taiwan and the import of citrus fruits and several types of fish products. The Chinese Foreign Ministry said that Washington and Taipei are yet to face all the negative consequences of the US House Pelosi’s visit to Taiwan that Beijing has warned about and opposed for months.The embassy spokesperson said Gang emphasized to US officials that the United States should respects its obligations and abide by its commitment to the one China policy, take actions to correct its mistakes and eliminate the consequences of Pelosis visit to Taiwan.”Ambassador Qin said the United States should earnestly honor its commitment of abiding by the one China policy and not supporting Taiwan independence, and act immediately to rectify its mistakes and eliminate the grave impact of Pelosi’s visit,” the spokesperson said. “It should not take escalatory actions to further heighten the tension in the Taiwan strait and China-US relations.”The Chinese Foreign Ministry said on Friday that China will impose sanctions on Pelosi and her close relatives because of her provocative visit to Taiwan that dealt a serious blow to the One-China principle and jeopardized peace and stability in the Taiwan strait.Moreover, China has also decided to pause climate change talks with the United States as well as halt cooperation on the repatriation of illegal immigrants, criminal and legal assistance and the fight against transnational crime and drug trafficking, the Foreign Ministry said.

China to Slap Sanctions On Nancy Pelosi Over Taiwan Visit Yesterday, 08:30 GMTOn Tuesday, Pelosi visited Taipei leading a US delegation on a tour to several countries in Asia despite repeated warnings from China. Pelosi is the highest-ranking US official to visit Taiwan in 25 years. The Biden administration has said the United States does not officially recognize Taiwan’s independence.