Novelist Stephen King listens to a question from a creative writing student at the University of Massachusetts-Lowell in Lowell, Mass., Friday, Dec. 7, 2012 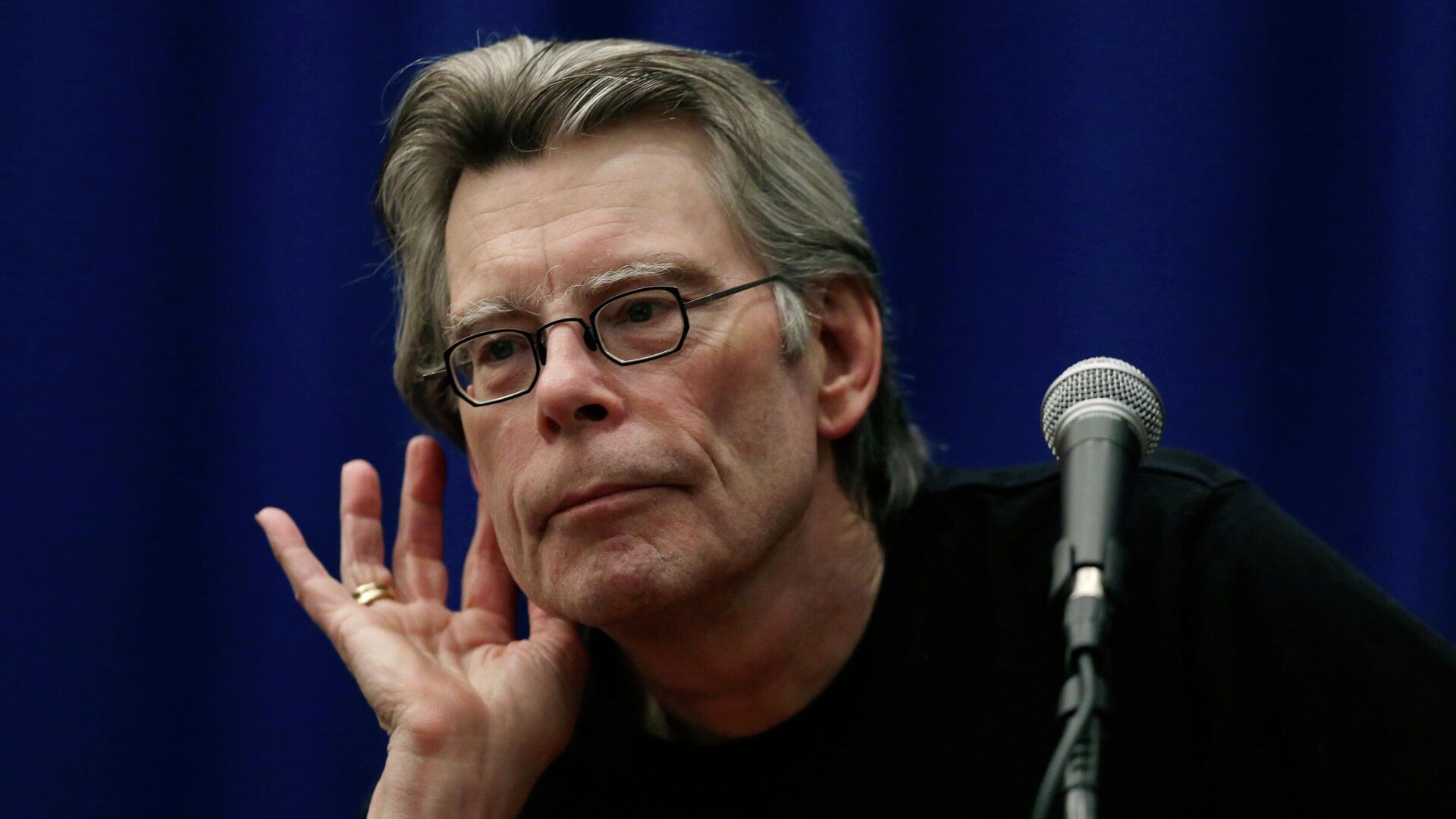 On Monday, Russian pranksters Vovan and Lexus released a video of a prank on renowned American author Stephen King, calling him and posing as Ukrainian President Volodymyr Zelensky. The rest is now history.Stephen King has drawn ire from social media users after a phone talk with Russian pranksters Vovan and Lexus. During a lengthy conversation the writer has not only pledged “Volodymyr Zelensky” the role of the evil clown Pennywise, but also happened to praise Ukrainian Nazi collaborator Stepan Bandera as “a great man”.The remarks have not appeared to sit well with social media users, who were terrified to hear the renowned author justifying Bandera’s crimes against Jews during Holocaust. Explaining his stance, King drew parallels between Stepan Bandera and US Presidents George Washington and Thomas Jefferson, who were slave owners but did “many good things” to the United States.”There are always people who have flaws, we are humans,” King said when speaking with “Zelensky”. “On the whole, I think Bandera is a great man, and you’re a great man, and Viva Ukraine!”The rant has infuriated Twitter users, with dozens of people accusing King of defying the memory of Holocaust victims in Ukraine and failing to educate himself on what is actually happening in Ukraine.© Photo : Twitter / @ketchmeifucanScreenshot 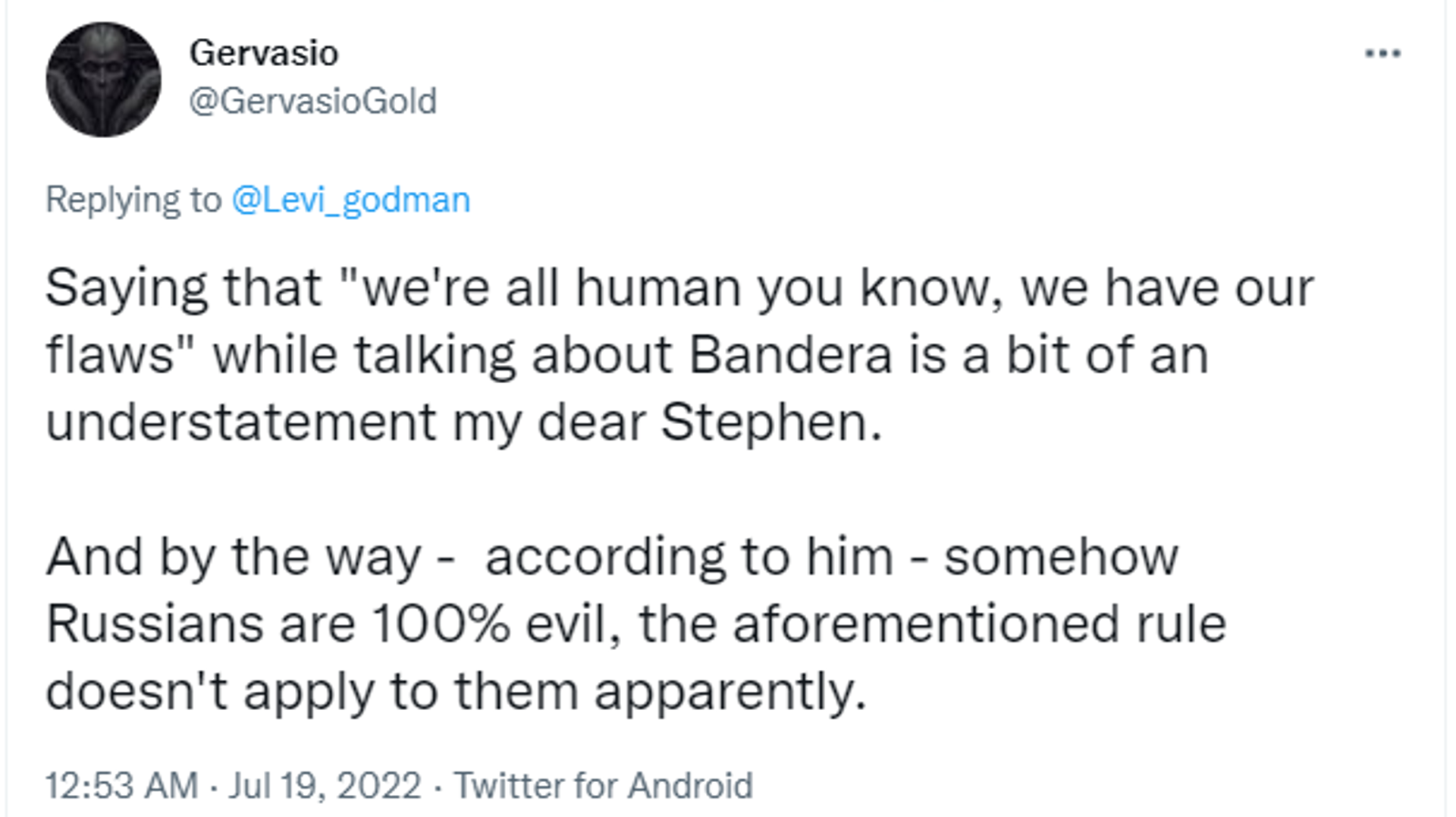 ScreenshotSome people even said that King has become “one of his characters”.© Photo : Twitter / @HunkinsDrewScreenshot

ScreenshotOther people were particularly triggered by how King asserted in the same prank video that Russian writers should “shut up”.© Photo : Twitter / @NinaByzantinaScreenshot

ScreenshotKing has not commented on the situation.