Autorickshaws are parked in a queue along a street to tank up petrol from a Ceylon petroleum corporation fuel station in Colombo on June 20, 2022. 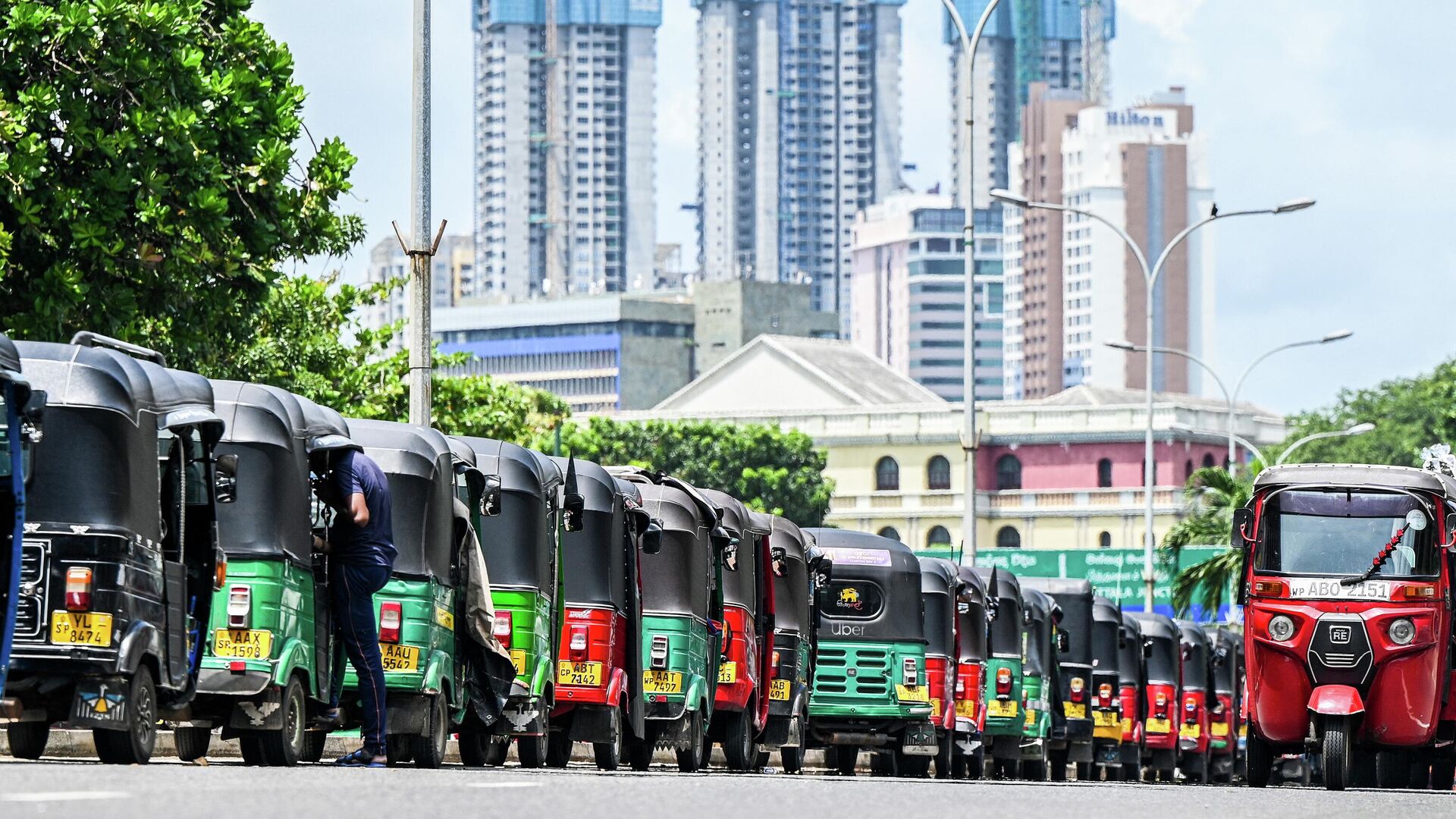 Sri Lanka is facing its worst economic crisis since independence in 1948, with depleting forex reserves leading to a situation where the government is unable to pay for food, fuel and other essential imports. President Gotabaya Rajapaksa has been accused of mishandling the economy, and faces calls to resign.Sri Lanka could run out of fuel supplies on Tuesday, as suggested by the federal Energy Minister Kanchana Wijesekera last week, with long queues at petrol pumps witnessed across the nation on Monday.Agitated motorists waiting to refill their tanks clashed with police and the military at several petrol pumps over the weekend, resulting in injuries to both security personnel and civilians.As per local media reports, the military opened fire at protesters at a petrol pump in Visvamadu, some 360 kilometers north of Colombo. The people were reportedly furious at the military for demonstrating “preferential treatment” towards some motorists in getting their tanks refilled, after which they pelted an army convoy with stones.The retaliatory firing by the military guards led to four people being injured.

Sri Lanka Announces Default on External Debt12 April, 06:40 GMTBoth the United Nations and the US have urged the authorities to “exercise restraint” and “understand the frustration of citizens spending hours in long queues”.Meanwhile, the Sri Lankan government, in its effort to conserve the last of the remaining fuel supplies, ordered a two-week shutdown of schools and “non-essential” public sector services on Monday.President Gotabaya Rajapaksa on Monday ordered that the services related to the distribution of petroleum products, electricity as well as health care to be included in “essential” services.A crippling shortage of food resulted from the country’s inability to pay for imports; inflation hit 40 percent and the United Nations (UN) has warned that four out of five Sri Lankans are being forced to go hungry.Prime Minister Ramil Wickremesinghe said last week that as many as five million Sri Lankans could be affected by food shortages in the coming months, according to a statement.The UN-backed World Food Program (WFP) has also sprung into action in the country, kickstarting a scheme last week to distribute food packets to vulnerable residents in Colombo.

Energy Minister Wijesekera has said that the government has approached several Russian companies for help to supply the much-needed fuel supplies.He said on Sunday that the Russian Embassy in Colombo has “asked me to send the replies of the company, and he will also intervene in the process”.Wijesekera has said that even though the Russian companies are offering discounts on the oil, they are demanding instant payments for the trade. He revealed that Colombo has asked the Central Bank to print currency to pay for fuel imports, a move that may worsen an already bad inflationary situation.

West Creating ‘Impediments’ For Sri Lanka to Buy Cheaper Russian Oil Amid Fuel Crisis, Says AnalystYesterday, 13:45 GMTPrime Minister Wickremesinghe said last week that Colombo will have to return to Russian oil imports if it fails to procure oil from other sources.Colombo reportedly bought a 90,000-metric ton shipment of Russian crude last month to restart its only refinery, but has been wary of buying more, in view of the Western powers warning countries all over the world against buying Russian energy exports.The Sri Lankan government is also awaiting official confirmation from New Delhi on a request for a $500 million credit line for fuel imports. A previous credit line of $500 million meant to import fuel was exhausted last week.Wickremesinghe has lauded the role of New Delhi in the ongoing crisis, underlining that it is the only nation to have assisted Colombo. India has provided Sri Lanka with around $3 billion in economic assistance since the crisis broke out this year.Wickremesinghe also began talks on Monday with a delegation from the International Monetary Fund (IMF), which is visiting Colombo for the first time since the south Asian nation requested a bailout package of nearly $3 billion.

Kremlin: Cost of Sanctions Against Russia Will Increase For European Citizens Every Day