In this May 30, 2019, photo, a pig is seen in a pen in My Duc district, Hanoi, Vietnam. Asian nations are scrambling to contain the spread of the highly contagious African swine fever with Vietnam culling 2.5 million pigs and China reporting more than a million dead in an unprecedentedly huge epidemic governments fear have gone out of control. 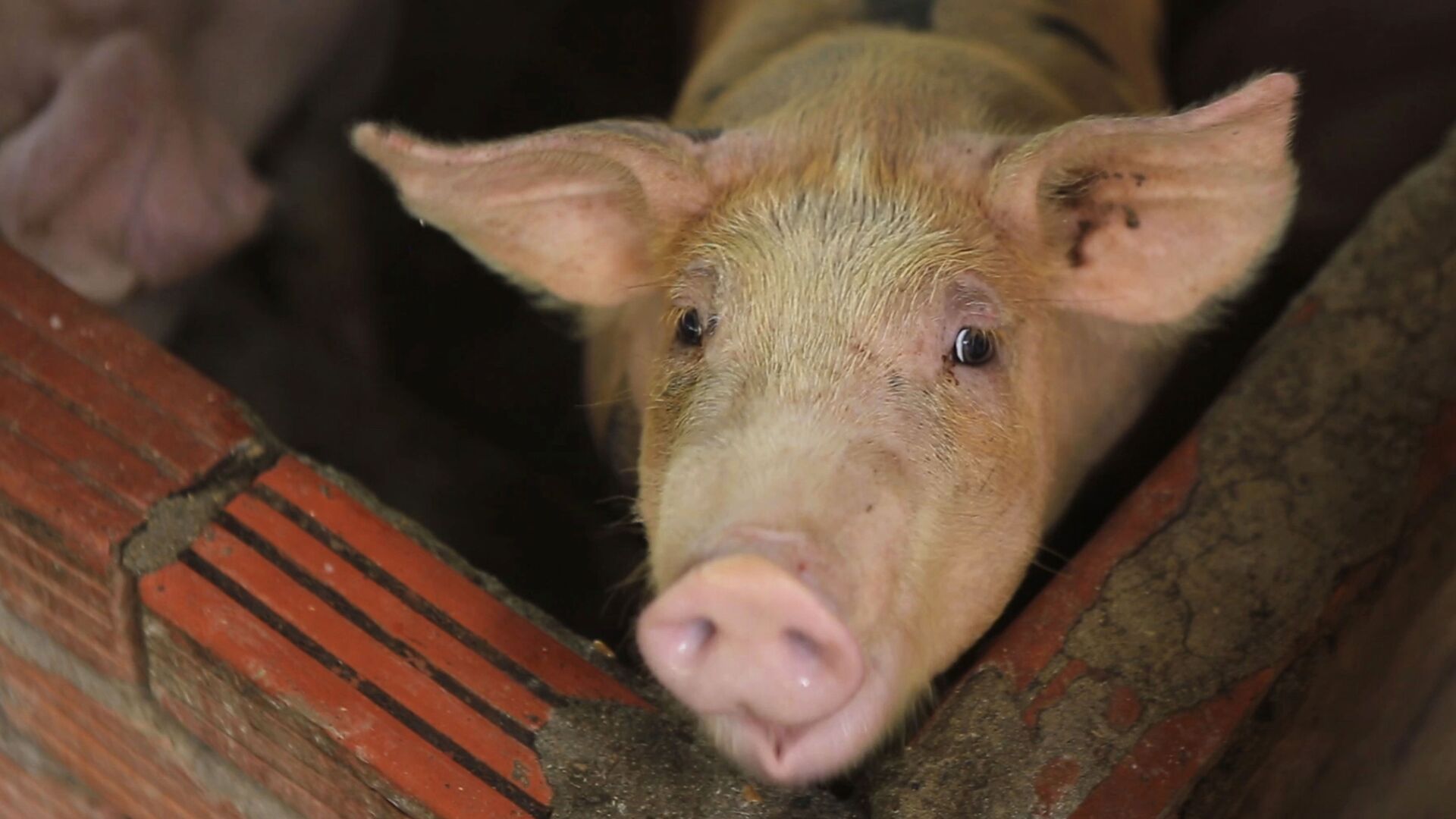 Pigs are often used as a stand-in for humans in medical experiments because they’re more similar in size and genetic makeup than mice. A pig heart was even transplanted into a human earlier this year, though the patient died two months later.Scientists have recently reanimated organ cells of pigs that died hours before. The new research could have significant implications for organ transplants and even resuscitation.Scientists at Yale University constructed a system of pumps and tubes that connected to the arteries of dead pigs and pumped their cardiovascular systems full of a mixture of blood and 13 different drugs.They called the system OrganEx, and it is built off of previous research that enabled scientists to keep pig brains alive for hours after being separated from their bodies. The system used in that experiment was called BrainEx.They compared their results to pigs with no treatment and pigs put on extracorporeal membrane oxygenation (ECMO) machines, better known as life support machines. After six hours, the scientists began observing improved circulation and some cell repair. They also detected some contractions and electrical activity in the pigs’ hearts, but the hearts had not fully restarted.

US Plans to Allow Clinical Trials of Pig Organ Transplants, Reports Suggest1 July, 13:33 GMTIn a shocking moment reminiscent of bad zombie films, the pigs’ necks, heads, and torsos started moving on their own power and scientists are not sure why. They detected no activity in the dead pigs’ brains. One hypothesis is that the signals may have come from the spinal cord, which can control some movement in the body. While their brains did not reactivate, the tissue was better preserved compared to the dead pigs who didn’t receive treatment or were hooked up to the ECMO machines.In addition to their hearts, scientists saw increased activity in the pigs’ livers and other vital organs, and they responded to the presence of glucose far more than the pigs who received no treatment or were hooked up to ECMO machines, implying that metabolic activity had resumed.One researcher said that if the results can be replicated in humans, it may have as profound of an impact on human longevity as the invention of CPR and ventilators. She said it could be used to preserve organs for transplant, greatly increasing the number of available organs, or could one day even be used to resuscitate people nearing death.While further studies are required to not only adopt the technique for humans but also test the viability of the recovered organs, Gabriel Oniscu told Nature that the study is a potential “landmark” that could “greatly increase the number of organs that could be recovered for transplantation.”But it also comes with ethical implications. While there is no uniform definition of death, the ending of brain activity is one major indicator that a person is dead. If further techniques are developed that restore brain activity, it could bring that into question. The study mentioned that the solution they used was around 82 F (28 C), which is significantly below the pigs’ natural body temperature. That may have prevented brain activity from restarting, or it could have been some of the anesthetic compounds and neuronal blockers that the scientists used to put the pigs to sleep.“For most of human history, death was very simple,” Christof Kotch said of the previous study that revived pig brains after being disembodied. “Now, we have to question what is irreversible.”This newest study will blur the line between life and death even further.

Quantum Communication Could Work in Space, Aliens May Be Using It, Study Says