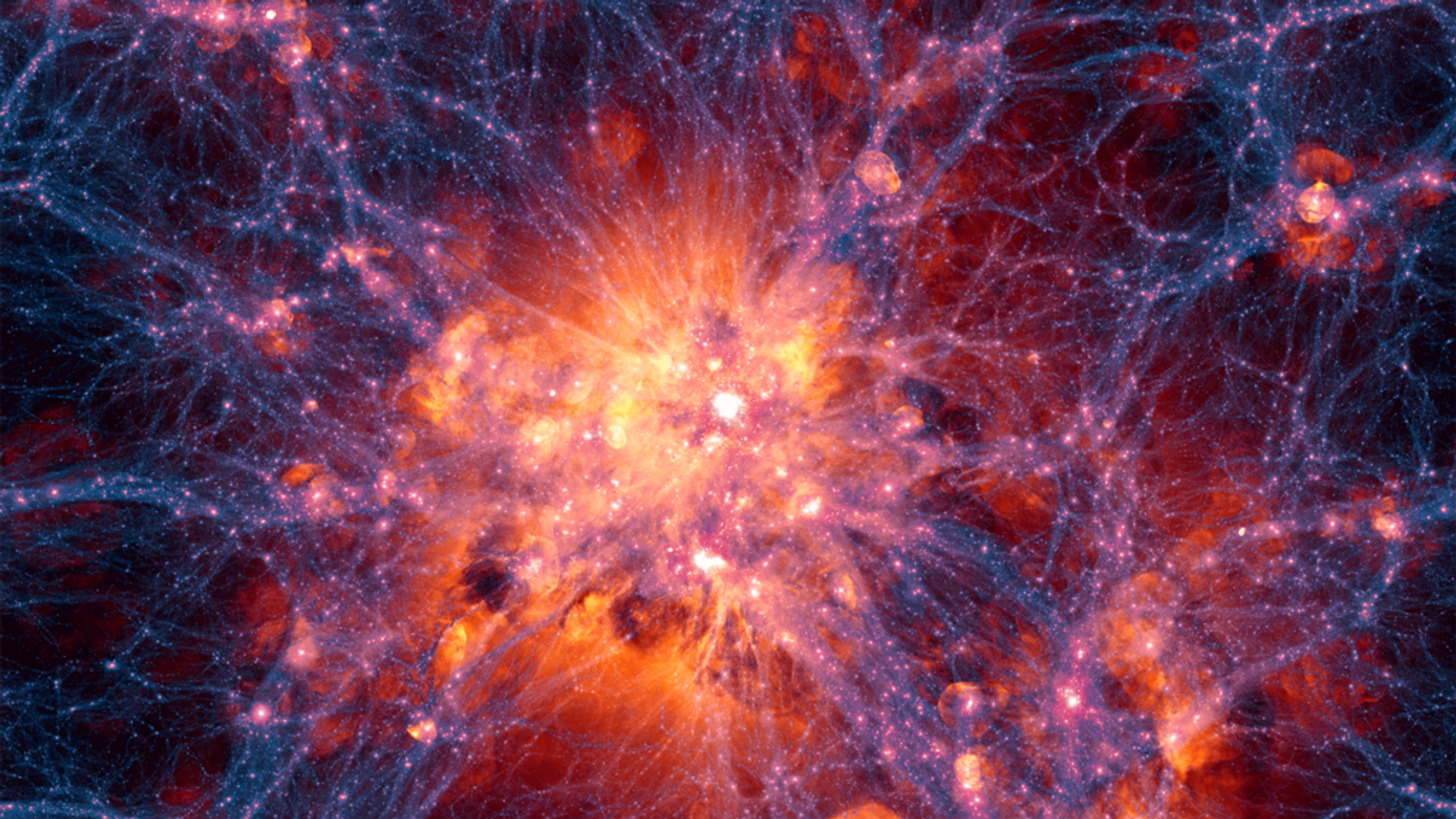 Tim KorsoThe researchers addressed one of the favorite sources of information about our universe’s early times – cosmic microwave background – for assistance in studying the matter we can’t currently see or detect.Studying dark matter is a challenging challenge to say the least – it is an invisible and yet barely detectable essence that nonetheless affects the movement of cosmic bodies.But studying dark matter from 10 billion years ago is even harder – it is difficult to spot the residual starlight reaching Earth from such a distant past to analyze it for distortions that give away the presence of halo-like dark matter masses.However, a group of scientists from Japan and the US have found a way to study the dark matter even in such ancient times by using a source of information that is more resilient to decay and to the universe’s expansion: cosmic microwave background (CMB).”It was a crazy idea. No one realized we could do this. But after I gave a talk about a large distant galaxy sample, [Nagoya University astrophysicist Hironao Miyatake] came to me and said it may be possible to look at dark matter around these galaxies with the CMB,” University of Tokyo astrophysicist Masami Ouchi recalled.The CMB dates back to around 300,000 years since the suspected big bang that launched the universe’s rapid expansion and the creation of the first cosmic objects. It continues to exist in the form of relatively easily detectable “background noise”.Now, Japanese scientists looked to study the patters in this “noise” in a similar way to how astrophysicists study the distortions of the distant stars’ light passing through fields of dark matter. And the first results were promising – they managed to detect dark matter halo mass in galaxies whose light is 12 billion years old, something that was near to impossible by studying just their emissions in the visible specter.

Cosmic Dawn: Scientists Say First Stars’ Formation Ended Over One Billion Years After Big Bang8 June, 18:53 GMTThe discovery, which is yet to be rigorously tested or peer-reviewed, already produced practical results. For instance, it suggests that the estimates regarding early galaxies’ behavior – namely how easily matter clumped together to form new cosmic bodies – was apparently wrong as it suggested that matter clumped at a faster rate than it actually did, according to the observation of the dark matter masses and their distribution in the galaxies as old as 12 billion years.

Finnish Supercomputer Will Help Get to Grips With Climate Change