The Singing Sand Dunes on the backside of Crescent Lake 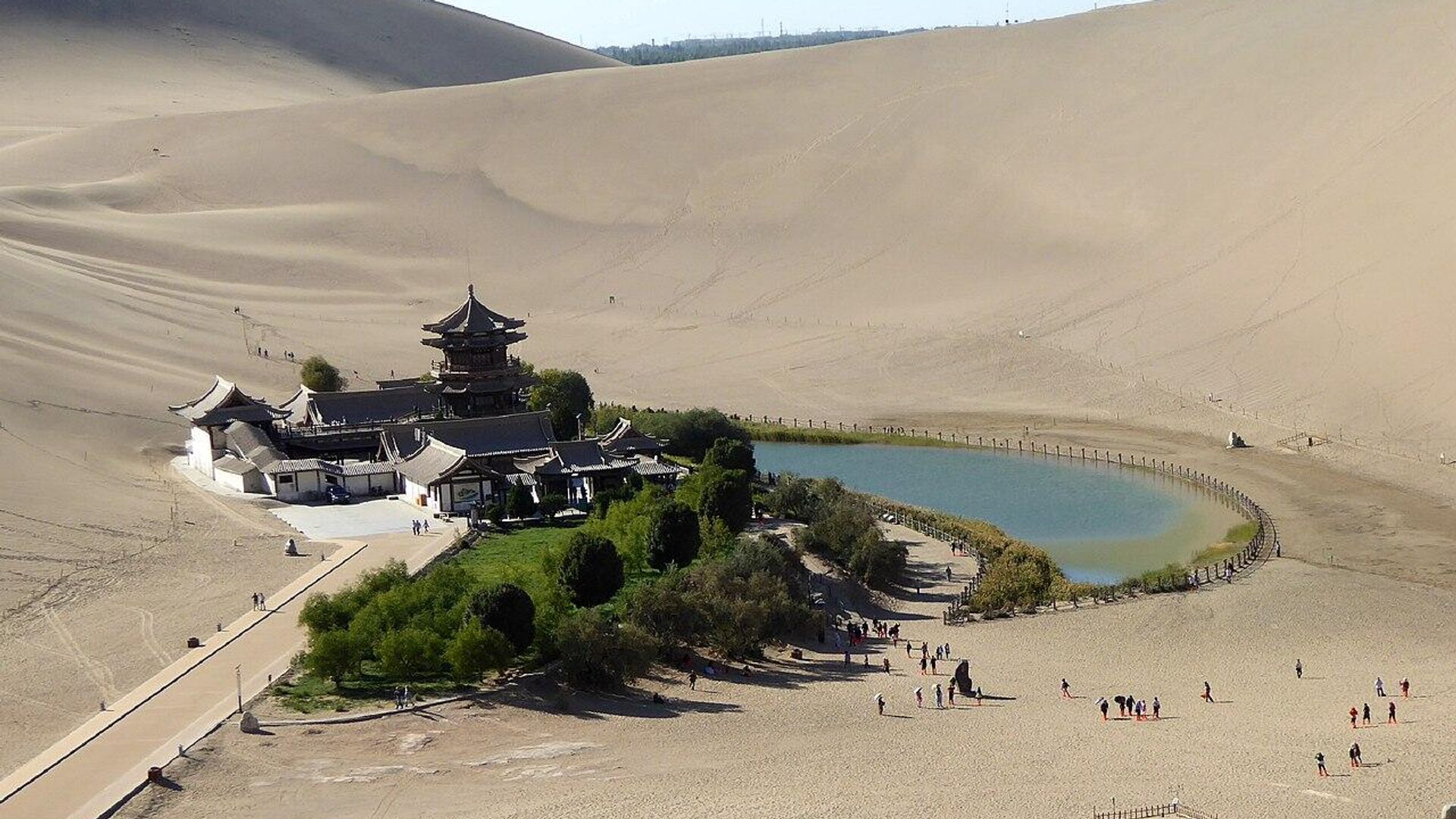 The phenomenon of the so-called “singing sands” can be observed – or, more precisely, heard – when the wind passes over dunes, produces sounds.Chinese scientists have discovered the first “singing sands” site on the country’s coastline, located in the tropical island province of Hainan, Xinhua reported.”The discovery of the magical natural phenomenon fills the gap of coastal singing sands in China. It will provide technical support to the development and protection of tourism resources in Hainan,” said Qu Jianjun, who led the scientific team behind the discovery.The Northwest Institute of Eco-Environment and Resources (NIEER) under the Chinese Academy of Sciences touted the new site as something that could enhance the tourist potential of the region.China’s territory is rich in places where the phenomenon of “singing sands” can be spotted. One of the most popular destinations for those wanting to check it out is the Singing-Sand Mountain that can be found near the Mogao Grottoes in the oasis city of Dunhuang in Gansu province.Now, multiple places in Hainan can offer a similar tourist attraction. The scientists said they’d located several sites where sands “sing”, particularly pointing at the coasts of Clearwater Bay, Shenzhou Peninsula, as well as other areas in Hainan.According to Qu, the fact that Hainan’s coastline boasts the “singing sands” points to the exceptional quality of the local seawater and beaches. The study showed that Hainan’s shores have signature V-shaped craters that are formed by underwater mechanical etching. “This well-developed surface porous physical structure is an important factor in controlling the sound mechanism of the singing sands,” said Qu.But the coastline’s “singing sands” have sharper sound with a bigger proportion of high-frequency components compared to the similar phenomena spotted in the deserts, the study noted.Across the world, the dunes sing in California, Northern Michigan, Nevada, as well as the Namib desert in African and the area near Mesaieed in Qatar. One can also hear the music produced by the sand in South Sinai, Egypt, and Odashi, Japan.