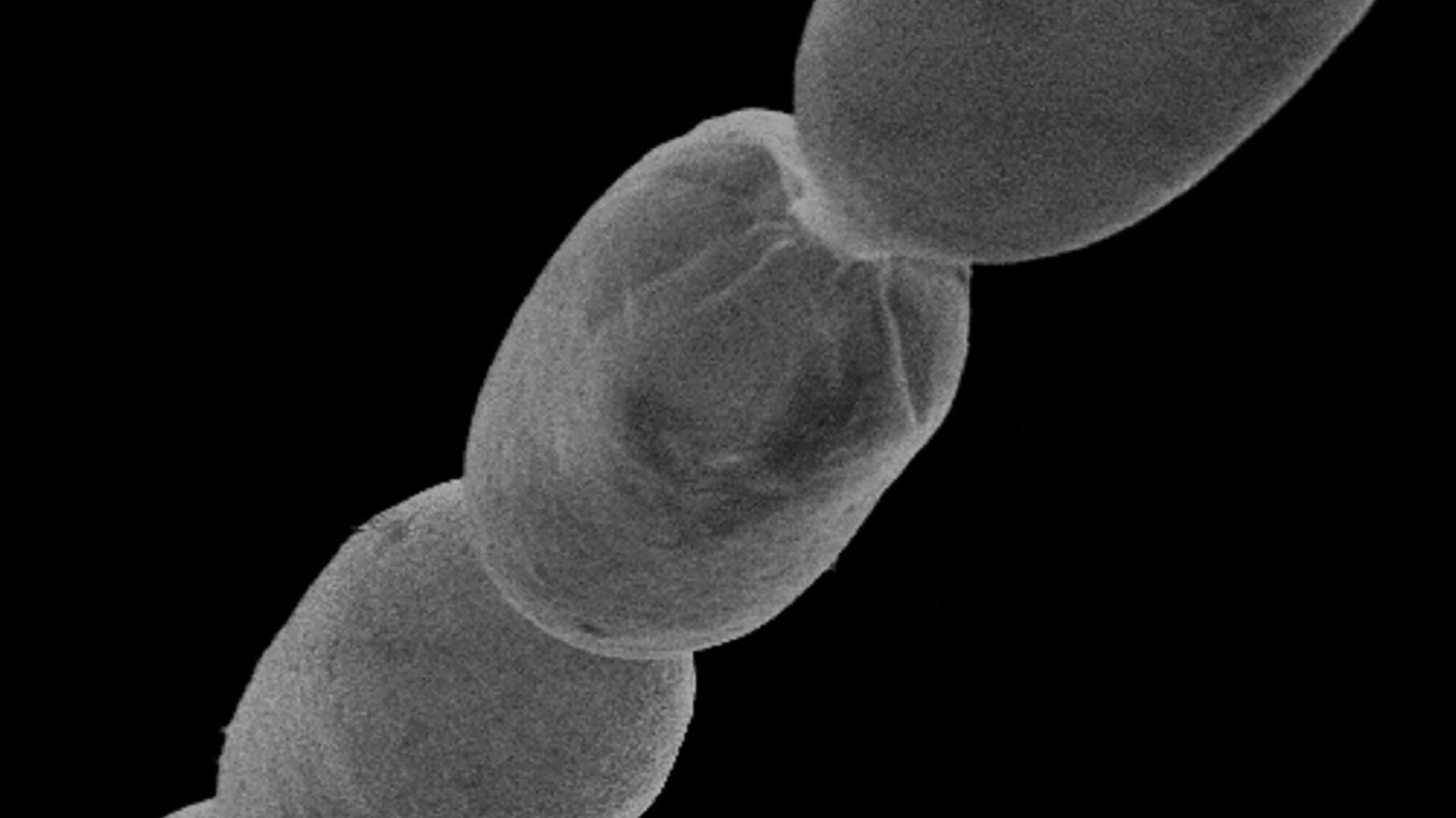 Usually, you can only observe bacteria with the help of a compound microscope, as the average bacterium volume is between ∼0.4 and 3 µm3. But things change.California scientists have discovered the first ever bacteria that is so large it can be seen with the naked eye.With the new study revealing the discovery published in Science, researchers from the Joint Genome Institute in Berkeley said that it’s almost like “meeting another human the size of Mount Everest”.According to the astonishing findings, the newly-discovered bacteria, dubbed Thiomargarita magnifica, is capable of growing to the size and shape of a human eyelash. Among the bacterium observed by the scientists, the average cell measured about 9,000 microns long, and the biggest was 20,000 microns – almost a diameter of a penny.Initially, the groundbreaking discovery was made in 2009, when Olivier Gros, a biologist at the University of the Antilles, discovered Thiomargarita magnifica as he explored the mangrove forests in Guadeloupe. At first, Gros thought he’d encountered fungi, or some other kind of eukaryote.However, the DNA analysis showed that the samples were bacteria, so Gros turned to his colleagues from Berkeley for help. The studies have been going slowly due to the scientists still having to figure out how to grow the bacteria in a lab.Thiomargarita magnifica has a more complicated structure than the majority of the bacteria, with its membranes having many compartments embedded in them. These compartments allow the bacteria to preserve energy and then use it for growth.“They’ve got essentially little cells within the cells,” Petra Levin, a microbiologist at Washington University in St. Louis, told the New York Times. She was not involved in the study.Thiomargarita magnifica can use its supplies of DNA to create the additional protein it needs for growth. In order to learn more about the process, scientists intend to continue the studies and make progress in trying to grow the newly-discovered bacteria in laboratory conditions.