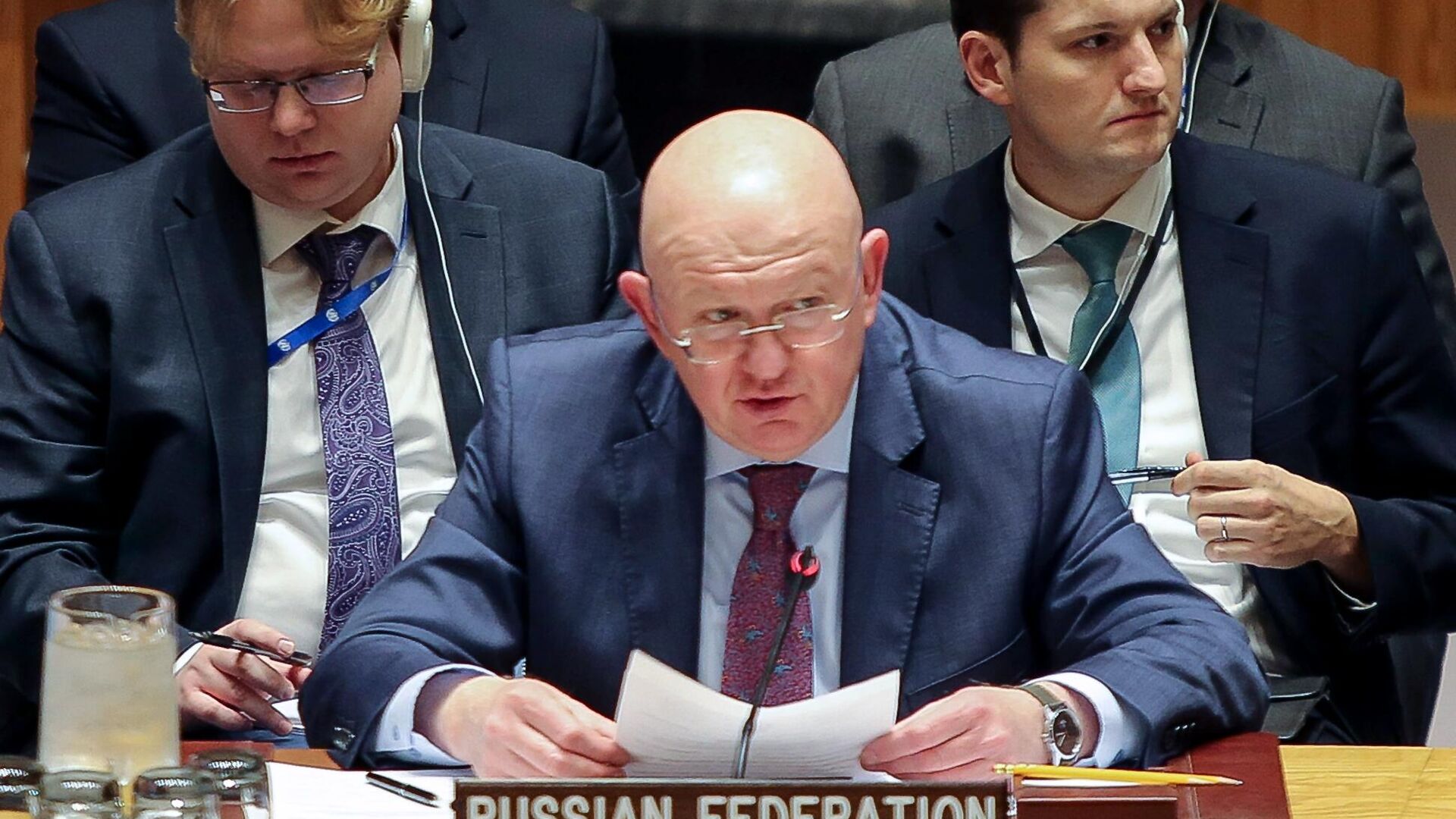 UNITED NATIONS (Sputnik) – Sanctions affect Russia’s cooperation with humanitarian organizations, undermining supply and financial chains, Ambassador to the United Nations Vassily Nebenzia told a UNSC meeting on Afghanistan on Thursday.”Russia, as a friend and neighbor of Afghanistan, traditionally provides humanitarian assistance to the country through relevant UN agencies. Via bilateral channels, we have also sent humanitarian supplies, including food, warm clothes and medicines. It is deeply regrettable that illegal sanctions against our country affect, in particular, our cooperation with humanitarian organizations, destroying logistics and financial chains,” he said.Nebenzia also expressed condolences over the recent earthquake that claimed over 1,000 lives in Afghanistan.

Devastating Aftermath of Earthquake in Eastern Afghanistan10:24 GMTHe noted that the socioeconomic situation in the country has continued degrading over the past six months, with the standard of living falling by a third.The already tense humanitarian situation has been aggravated by the “paralysis” of the nation’s banking system, the ambassador said while blaming “some countries” for attempts to “impede” the resumption of the work of Afghan financial operators with the international banking system and “put the unfreezing of Afghan assets on the back burner.”Nebenzia added Russia intends to continue to provide the Afghan people with all possible assistance to mitigate the consequences of the socio-economic crisis in that country.”We maintain regular interaction with the de facto authorities, which always focuses on the country’s key issues, including terrorist and drug threats, political inclusion, humanitarian assistance and human rights,” he said.On Wednesday, a powerful 6.1 magnitude earthquake struck eastern Afghanistan, leaving over 1,000 killed and 1,500 others injured. The provinces of Paktika and Khost bordering Pakistan were among the worst-hit areas. Taliban (under UN sanctions over terrorism) leader Hibatullah Akhundzada has urged the international community and humanitarian organizations to help Kabul deal with the consequences of the earthquake.The earthquake, the worst to hit Afghanistan in over two decades, has aggravated the already dire humanitarian situation in the country, which also faced sanctions from the United States following the Taliban takeover last August.