People thought to be migrants who undertook the crossing from France in small boats and were picked up in the Channel, arrive to be disembarked from a small transfer boat which ferried them from a larger British border force vessel that didn’t come into the port, in Dover, south east England, Friday, June 17, 2022 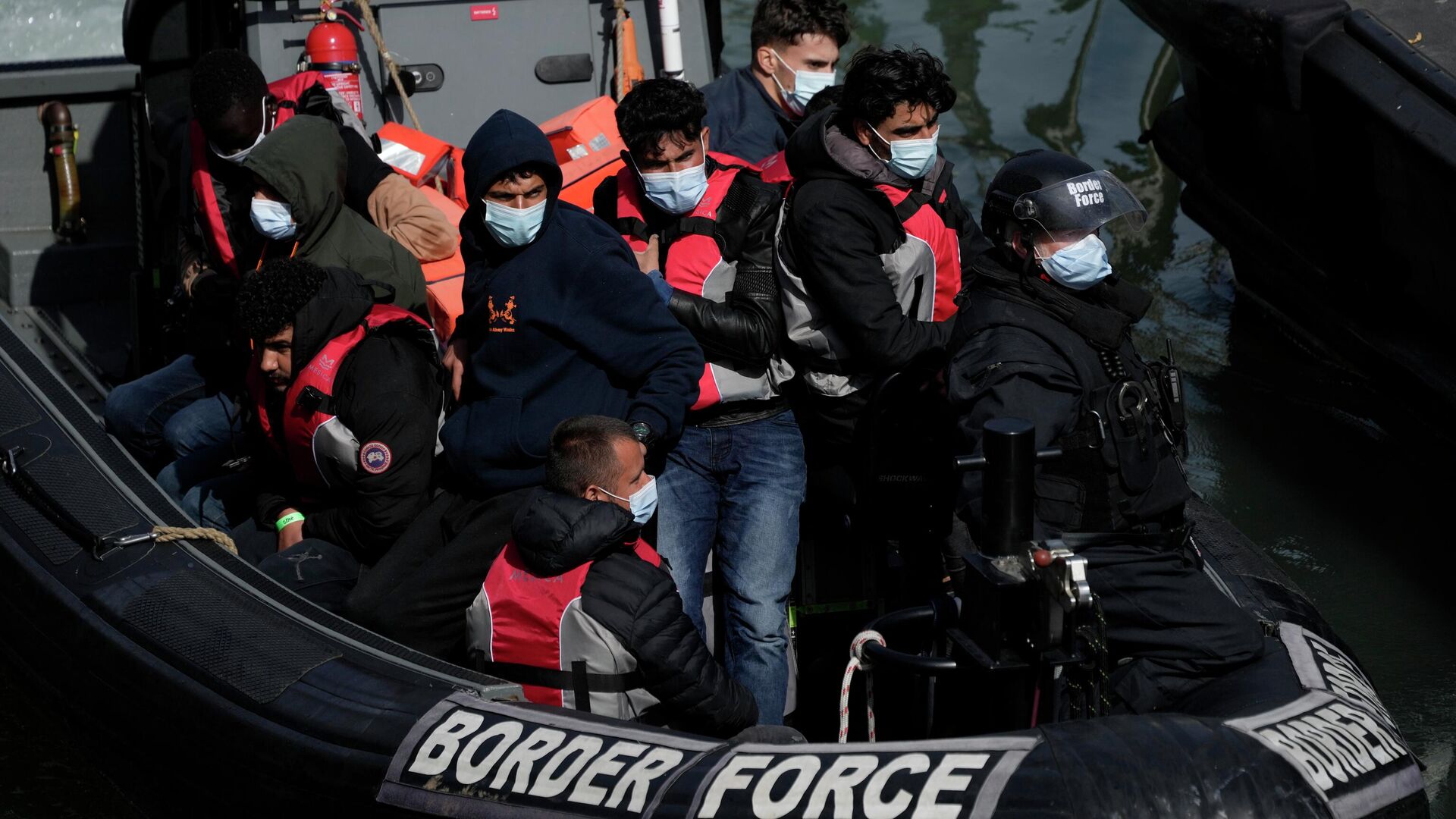 The plan to tackle the escalating migration crisis in the UK by sending illegal migrants to Rwanda was introduced by Prime Minister Boris Johnson and Home Secretary Priti Patel. However, it has met a lot of criticism over its legality, costs, and ethics. UK Justice Secretary Dominic Raab will introduce a new ‘Bill of Rights’, which will allow the country to ignore the judgements of the European Court of Human Rights when it comes to human rights issues in the United Kingdom.The legislation would make it possible for the Supreme Court in London to decide on the extent to which the UK should follow ECHR rulings on human rights issues, particularly on the issue of implementing the UK government’s Rwanda plan.”The Bill of Rights will strengthen our UK tradition of freedom whilst injecting a healthy dose of common sense into the system,” Raab said of the proposed bill, pledging it would help the UK to “reinforce freedom of speech, enable us to deport more foreign offenders and better protect the public from dangerous criminals.”The legislation comes on the heels of the Strasbourg court blocking the first deportation flight to Rwanda last week by granting injunctions that prevented the asylum seekers from being removed to the east African nation before the Supreme Court in London decides on the legality of their removal. Until the decision, the ECHR ruled that the migrants can stay in the UK.Raab’s Bill of Rights would limit the circumstances in which illegal migrants can challenge their forced deportation. Under the legislation, only those able to prove they have suffered “material and significant harm” can take their case to court, so that the judges do not waste time and taxpayer money on “trivial” cases.When it comes to foreign-born criminals, Raab’s bill would require such migrants to prove their family would suffer significant and unavoidable harm should they be deported.The legislation would also increase the use of so-called separation centers for extremists. Raab also pledged that his bill is going to enhance press freedom by requiring stronger tests for courts before judges can order journalists to disclose their sources.The multimillion UK government plan to tackle the migration crisis by sending illegal migrants to Rwanda was introduced by Prime Minister Boris Johnson and Home Secretary Priti Patel, but has faced bitter opposition from many critics. Under the plan, the east African country offers the migrants deported from the UK accommodations and support during the time their bid is being considered. Should their request be greenlit, migrants would be allowed long-term accommodation in Rwanda.However, the plan has been slammed as costly and potentially posing legal and ethical challenges, with some religious figures even weighing in on the heated debates regarding the deal. Now that the first Rwanda plan aspirations has been disputed by the European Court of Human Rights, Raab touts his new legislation as a potential successor to Europe’s Human Rights Act – something that, according to him, prevented London from shielding the British public from the potential threats posed by migrant criminals.

‘Wavering’ MPs Lobbied to Back BoJo as He Faces Growing Threat of No-Confidence Vote: Report

Thousands March Through London Over Cost of Living Crisis

As Prince Andrew Skips Race Meeting, Will He Abandon Plans to Return to Public Life?