Pope Francis delivers the Sunday Angelus prayer from the window of his study overlooking St. Peter’ Square at the Vatican on July 18, 2021. 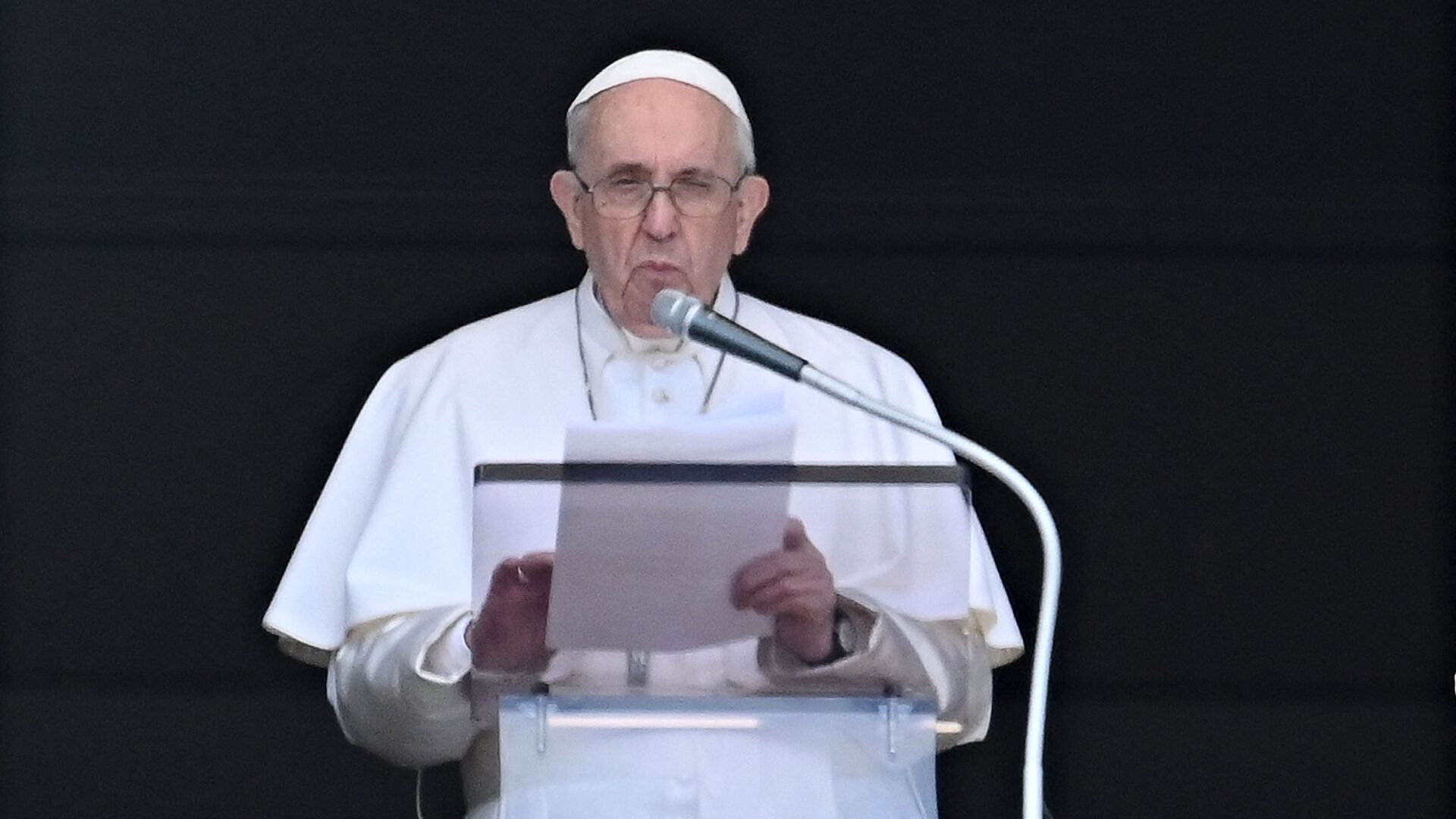 Back in 2014, the Pope said that were his health to impede his functions as pontiff, he would consider resigning like his predecessor, Benedict XVI. Speculation is mounting about the possible resignation of Pope Francis after the head of the Catholic church recently postponed his July trip to the Democratic Republic of Congo and South Sudan. In addition to that, he announced a meeting of cardinals to be held on 27 August, traditionally a vacation month in the Vatican. However, the Pope’s trip to Canada in late July is still on his schedule, the Vatican said.The 85-year-old pontiff has been suffering from pain in his knee and from chronic sciatic nerve pain, and had to use a wheelchair recently. Rumors about his possible resignation have spread from time to time since last year, when the Pope underwent colon surgery. Although in 2014, when he’d just been elected to replace Benedict XVI, Francis told the media that he would step down in case his health deteriorates, preventing him from doing his job. There are currently no signs that the latest rumors could be realistic, Vatican insiders reportedly said.

Pope Francis Asks for Tequila for Ailing Knee in Viral Video18 May, 20:32 GMTAccording to Vatican expert Marco Politi, quoted by the Daily Mail, it is difficult to imagine the Pope’s resignation now that the Synod of Bishops, which was initiated by Francis to examine how the Catholic church has been moving toward more inclusivity, remains far from completion which is expected only next year.

Egypt Attempts to Tackle Water Shortages; Can it Evade a Looming Crisis?

Russia’s Probable Investment in Nigerian Gas Will Be Boon for Africa But What Will It Mean For EU?