British writer J.K Rowling poses on the red carpet after arriving to attend the World Premiere of the film “Fantastic Beasts: The Secrets of Dumbledore” in London on March 29, 2022 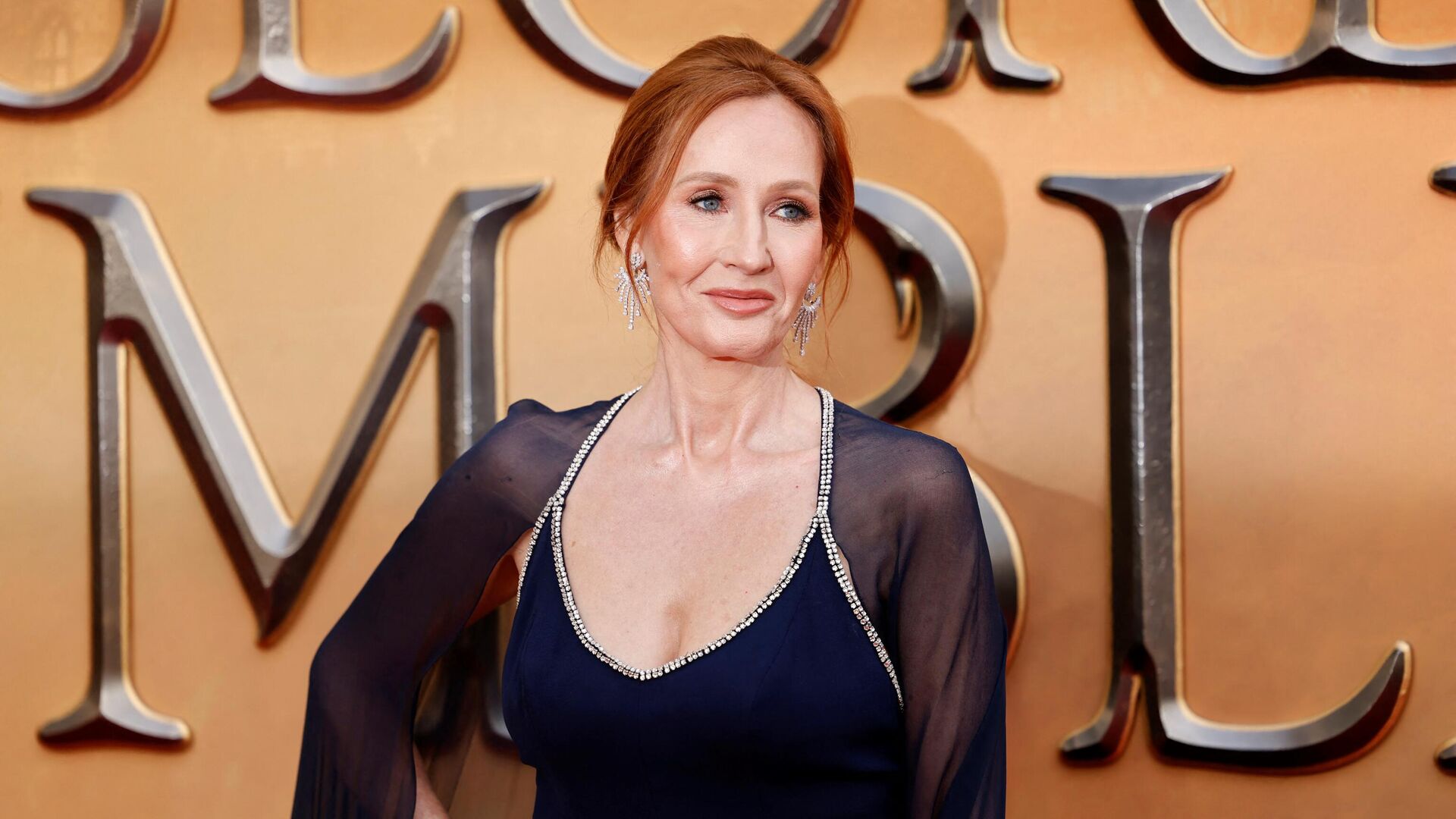 After voicing her controversial stance on trans rights in 2020, author J.K.Rowling has been facing death threats from trans activists. In November 2021, a police investigation was launched into allegations that Rowling’s home address had been leaked.Police are investigating a death threat against J.K.Rowling after one Twitter user posted her family home address along with a picture of a bomb and a handbook on munitions.As seen on the screenshot shared by the author, the user that urged people to bomb her home had a trans rights flag in their profile name. Rowling posted the screenshot on Saturday, saying that the account remained active at the time. Now the account has been taken down for violating Twitter rules.”Officers are carrying out enquiries,” a Police Scotland spokeswoman said of the incident.© Photo : Twitter / @jk_rowlingScreenshot 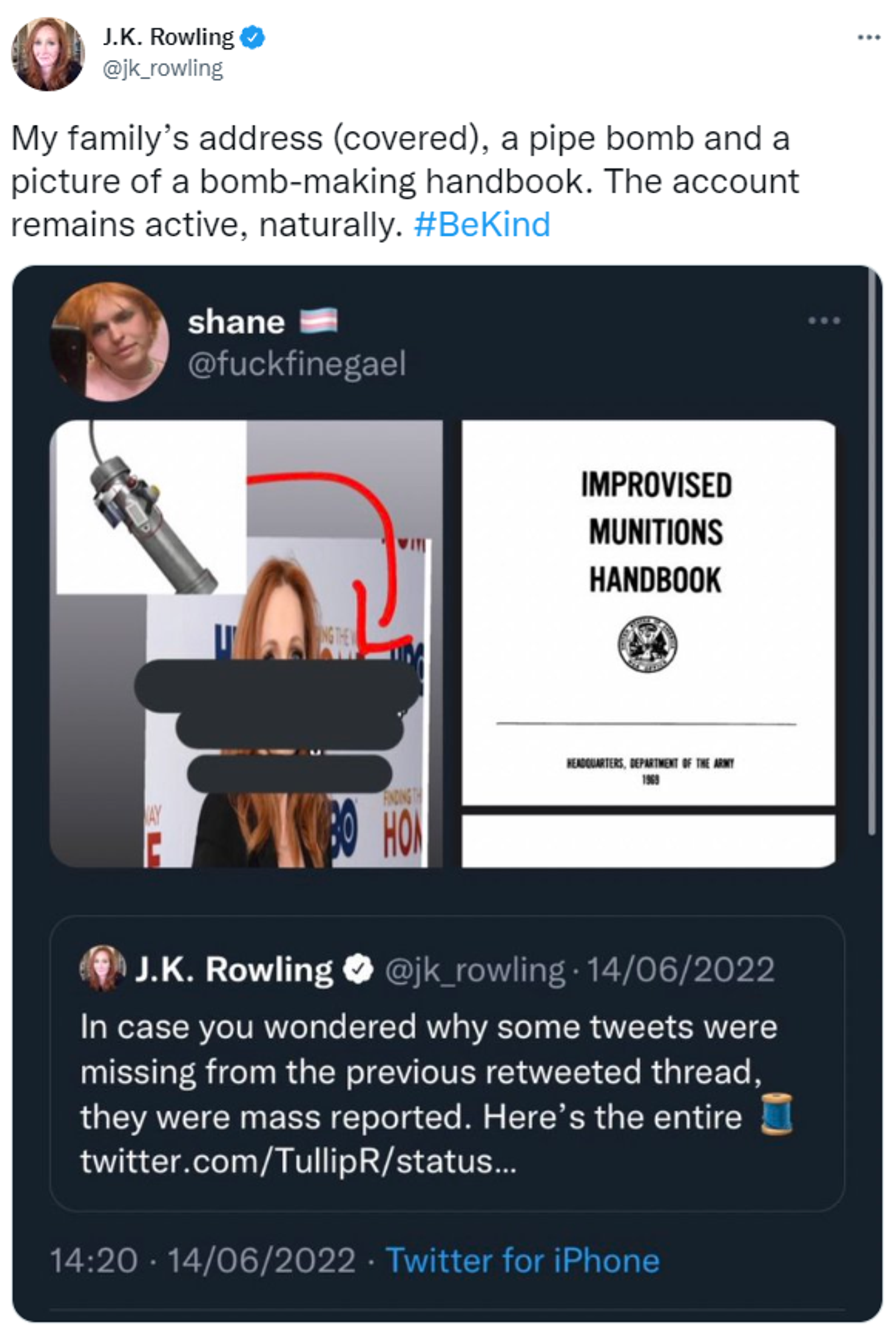 ScreenshotAfter her bombshell 2020 tweet that took issue with the phrase “people who menstruate” over the lack of the word “women”, Rowling has been subject to massive backlash from trans activists and prominent media figures, with many people deeming her “transphobic”. In November, the Harry Potter author revealed that she received so many death threats she “could paper the house with them”. She underlined she was not going to stop speaking out, and has denied the transphobia accusations.Social media users remain divided over whether to lambast or defend Rowling. While many (including some of the Harry Potter movie saga stars)continue to chastise her over her trans rights stance, hashtag #IStandWithJKRowling frequently finds itself in Twitter trends, most recently having trended last night.