Piles of Sand with Different Sizes and Colors 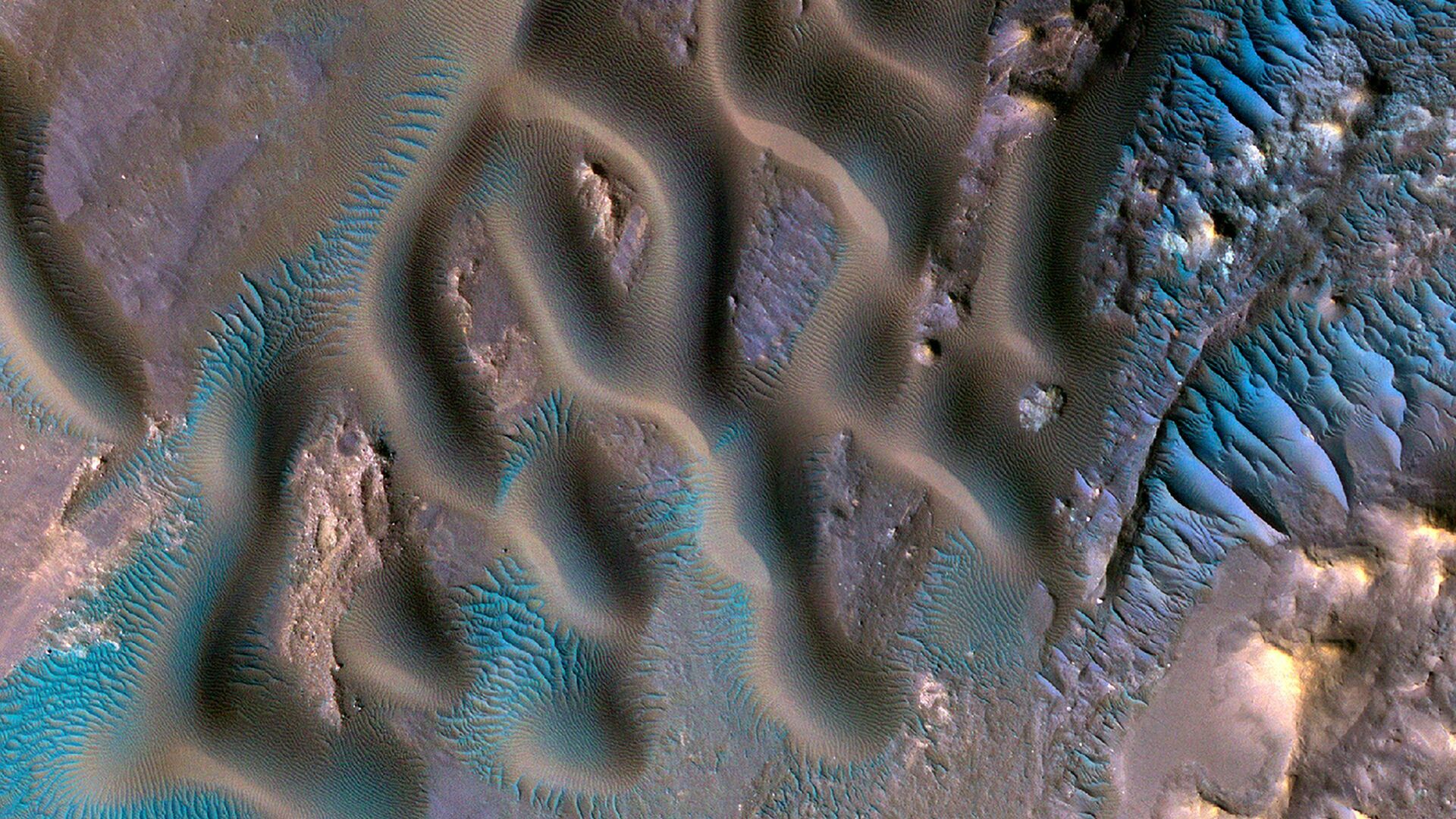 CorrespondentIn fact, the sands are not blue. The landscape, which was captured by NASA’s Mars Reconnaissance Orbiter (MRO) earlier this year, was processed using a technique known as “false color,” which turns subtle differences in light wavelengths into stunning color palettes that are impossible to miss.The Martian landscape is covered in what appears to be ripples of blue sand, which gives the red planet an even more bizarre appearance. However, the eye-catching coloring is deceptive, the Science Alert website reported, citing newly released images from NASA. Indeed, this improvement is incredibly beautiful, but it was made by planetary scientists as a highly useful tool to study the geological and atmospheric processes taking place well below the orbital height of MRO by processing the data, which shows differences in the regions and features on the Martian surface.The Gamboa Crater in the northern hemisphere of Mars is the area that MRO has observed for the pictures. Each pixel in the image, which has a stunning resolution, is equivalent to 25 centimeters (or 9.8 inches). © NASA . NASA/JPL-Caltech/University of ArizonaBlue sand ripples on Mars 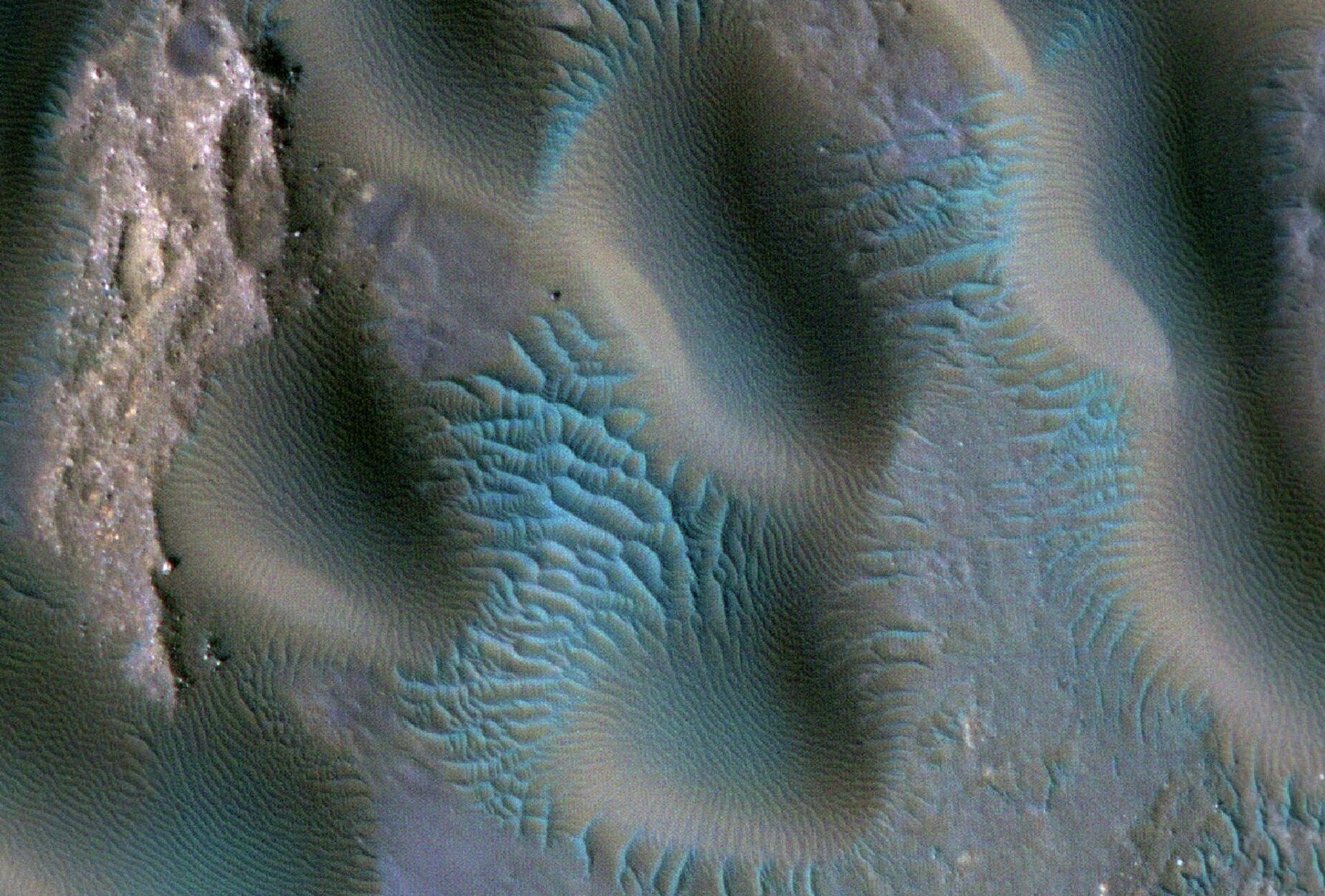 Blue sand ripples on MarsMany of the larger hills have only a few feet separating the smallest blue-colored ripples from one another on their tops. They eventually combine to produce a series of little mounds that radiate out from the surge of dunes at intervals of about 10 meters (30 feet). These medium-sized structures are colored in blue, making it simpler to spot their distinctive patterns amidst a sea of ripples and huge, sandy waves.© NASA . NASA/JPL-Caltech/University of ArizonaPiles of Sand with Different Sizes and Colors 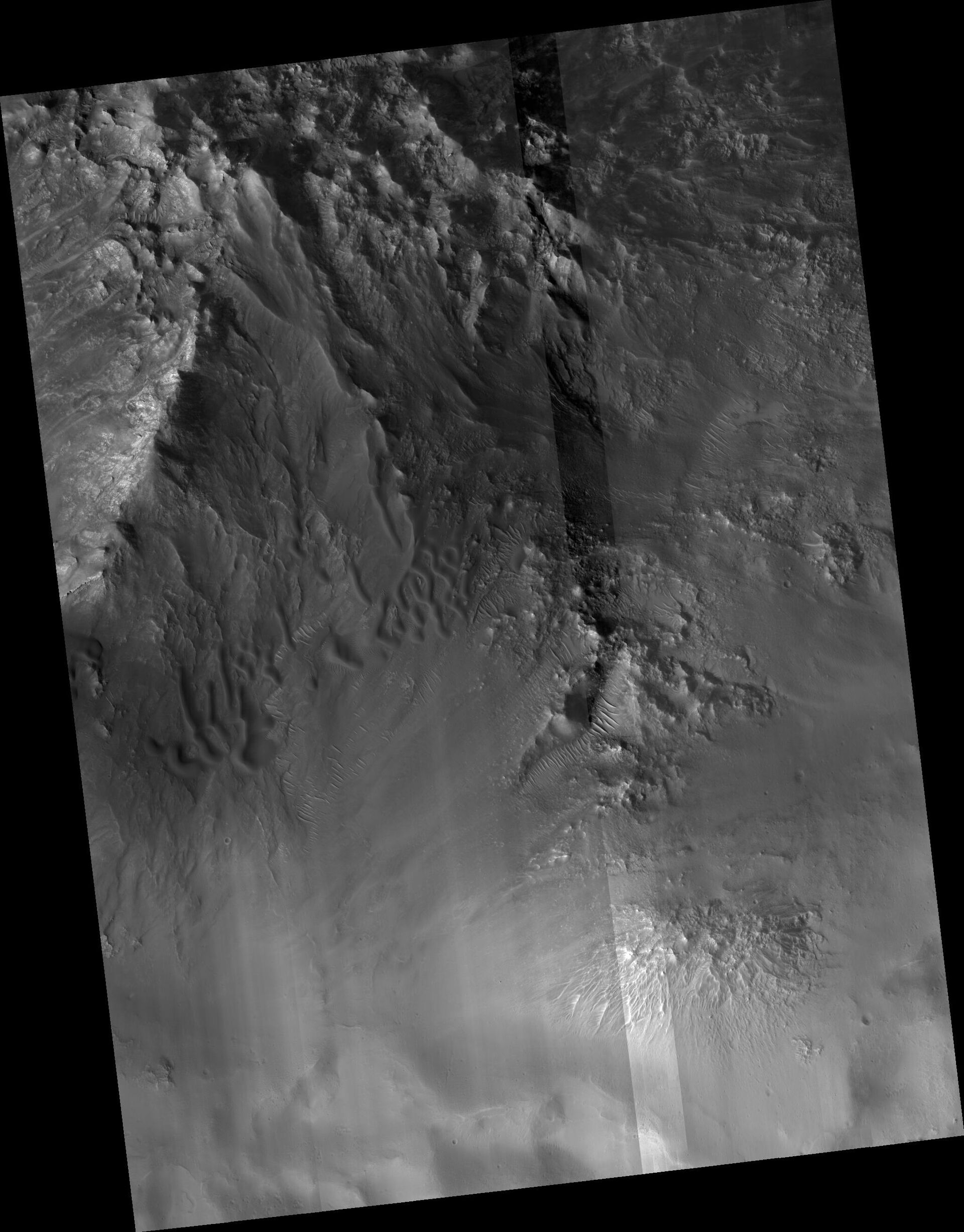 "The mega-ripples appear blue-green on one side of an enhanced color cutout while the TAR appear brighter blue on the other," NASA's news release said. "This could be because the TAR are actively moving under the force of the wind, clearing away darker dust and making them brighter. All of these different features can indicate which way the wind was blowing when they formed. Being able to study such variety so close together allows us to see their relationships and compare and contrast features to examine what they are made of and how they formed.

At a recent NASA conference, the space agency stated it intends to send the geological rock samples the Perseverance Rover is gathering on Mars back to Earth aboard an unmanned spacecraft in 2033. The Earth Return Orbiter and Sample Retrieval Lander are now anticipated to launch in the fall of 2027 and the summer of 2028, respectively, while the rock samples now being collected are anticipated to reach Earth in 2033.

Area on Mars That Was Likely ‘Favorable to Life’ Millions of Years Ago Discovered by Scientists29 June, 19:01 GMT