A Russian soldier patrols at the Mariupol drama theatre, bombed last March 16, on April 12, 2022 in Mariupol, 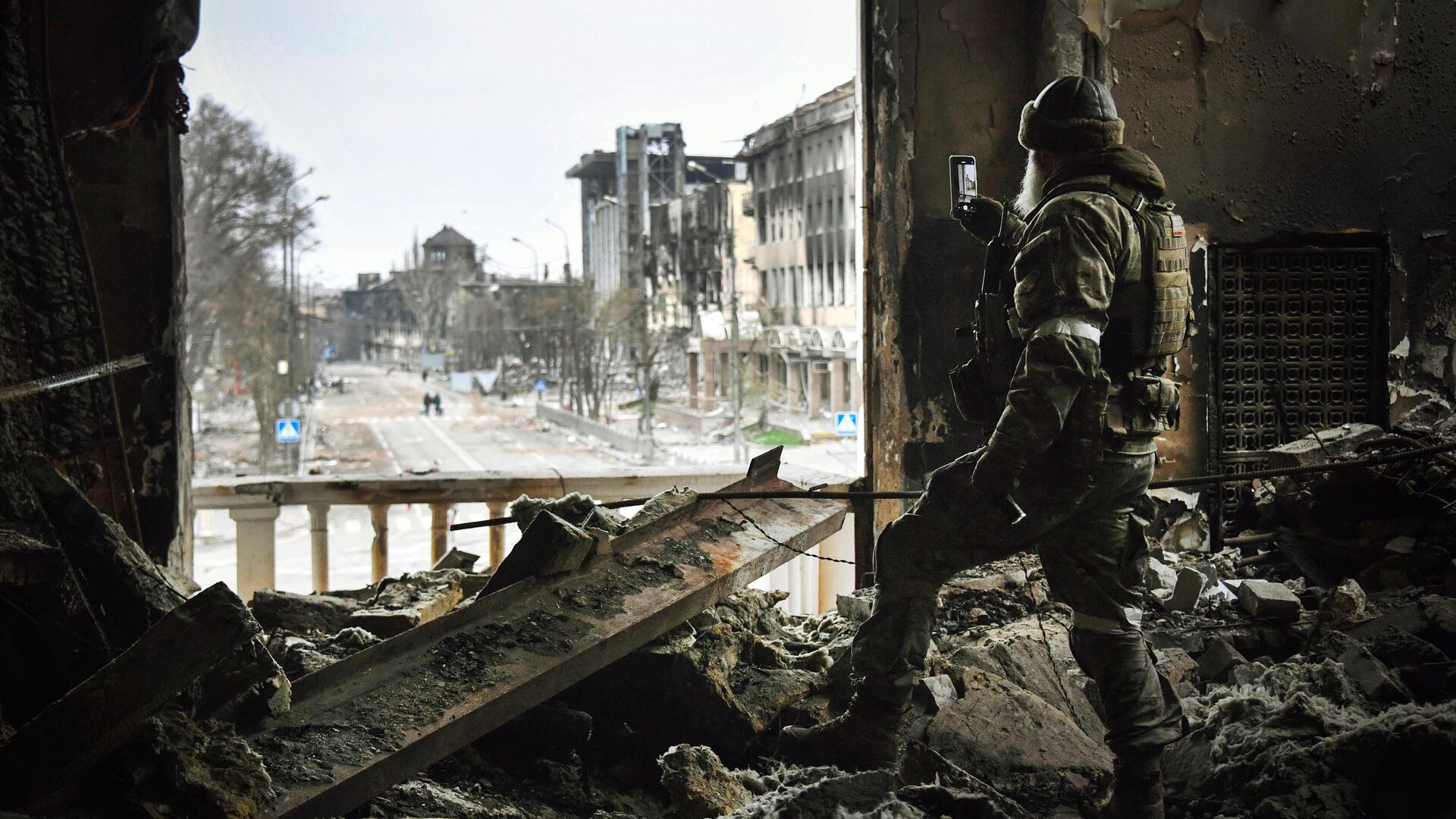 WASHINGTON (Sputnik) – Kremlin spokesperson Dmitry Peskov said in an interview that the Ukraine crisis will be a long conflict and Russia will no longer trust the West.”Yes, it will be a long-lasting crisis, but we’ll never trust [the] West anymore,” Peskov said in an NBC interview that aired on Monday when asked if the Ukraine conflict would last a long time.Earlier, the Russian ambassador to the US Anatoly Antonov said that dialogue between Washington and Moscow had reached an impasse. According to the diplomat, bilateral relations, which had already been in deep crisis over the past few years, have now reached a critical point. Antonov previously noted that the political dialogue between the two nations has reached an unprecedented low level, and that trust has been undermined. He believes that at the moment, cooperation is being destroyed even on a number of issues that are of obvious mutual interest.

Antonov: Common Sense Should Prevail to End Dangerous Game of ‘Canceling Russia’11 May, 21:04 GMTSince February 24, Russia has been conducting a special military operation to denazify and demilitarize Ukraine. President Vladimir Putin has stated that the goal of the operation is “the protection of people who have been subjected to abuse and genocide by the Kiev regime for eight years.” According to the Russian Defense Ministry, the military has completed the main tasks of the operation’s first stage, significantly reducing the combat potential of Ukraine. Meanwhile, the main stated objective of the entire military operation is the total liberation of Donbass.

Creation of Russia’s Technological Sovereignty to Be Discussed at SPIEF, Kremlin Says