FILE – In this Nov. 9, 2017 file photo, an American flag is flown next to the Chinese national emblem during a welcome ceremony for visiting U.S. President Donald Trump outside the Great Hall of the People in Beijing 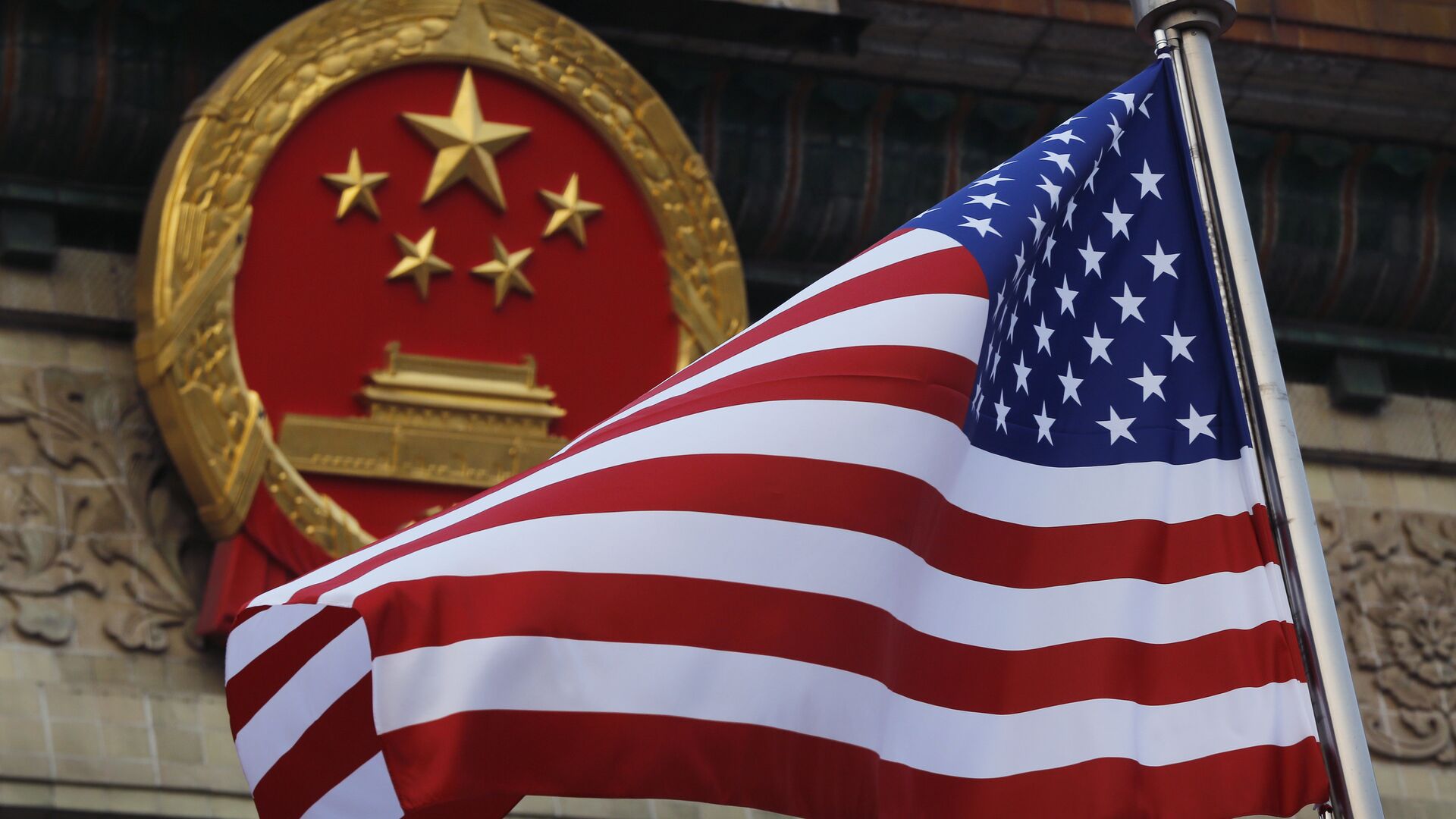 China’s military has signaled that it will conduct a series of live-fire exercises near Taiwan starting on August 4, one day after US House Speaker Nancy Pelosi left the island seen by Beijing as its sovereign territory. The New York Times compared the emerging row to the 1995 and 1996 Third Taiwan Strait Crisis.US House Speaker Nancy Pelosi traveled to Taiwan on August 2, triggering a storm of criticism from the Chinese leadership which regarded the trip as a provocation. In response to Pelosi’s controversial visit, China’s People’s Liberation Army (PLA) launched live-fire and missile drills which will go full throttle despite the US congresswoman having already left Taipei.”Twenty five years ago, the speaker of the House, Newt Gingrich, also visited China, much to the dismay of the Chinese,” compared Dr. Alexander Azadgan, professor of international political economy and senior geopolitical adviser. “This [recent] stunt was pulled by our current speaker of the House, Nancy Pelosi, at the behest of another soon-to-be, Joe Biden. I believe that she’s not acting independently from Joe Biden. I think this is all a front. I think they’re coordinated.”Azadgan ruled out any military action on the part of the PLA despite the ongoing drills. According to him, “nothing will come out of [Pelosi’s visit to Taiwan] other than the enragement of the Chinese, which in the long term would hamper US-China relations.””In my assessment, I do not believe the Chinese would jeopardize, at least during this decade, their annual two-way trade volume of $615.2 billion per year [with the US], according to the latest figures from 2020,” explained the academic.

Photos: China’s PLA Launches Massive ‘Reunification Operation’ Drills Just 12 Miles From TaiwanYesterday, 18:13 GMTHowever, he believes that the standoff between Washington and Beijing will take place not on the battlefield but in the global economy. Azadgan foresees “a great rift developing not just politically in this case over Taiwan, but more importantly, macroeconomically between the US and China.””I believe Washington’s global expansionist strategy is no longer solely defined by delusionally assuming that in the 21st Century it can govern the world through military strength and overreach,” he noted. “I think Washington’s endgame is that of destabilization of not just energy-rich regions like West Asia, as we have witnessed during the past 30 plus years, but to actually expand such unconstructive policies to the doorsteps of the world’s superpowers, such as Russia and China, in this case [via] Taiwan and Ukraine.”The US’ calculation is simple, according to the academic: “Certain policy-makers in Washington seek to divert capital investment to the US and present our economy as the safest venue for long-term investment.”Europe has already fallen prey to the US-orchestrated havoc in the east, with Reuters citing the Bank of America in March in claims that investors “pulled money out of European equities for a fifth week in a row and flocked to US equities,” as soaring tensions over Ukraine “weighed on the continent’s bourses.”Meanwhile, China and Asian markets have remained particularly attractive to global investors amid growing financial and geopolitical challenges engulfing Europe. In March, China Daily cited China’s Bond Connect program to claim that foreign institutions increased their holdings of domestic yuan-denominated bonds for ten consecutive months, rising from 66.3 billion yuan ($10.49 billion) to 4.07 trillion yuan ($602 billion) in late January 2022.Nonetheless, the recent spat over Pelosi’s Washington-backed visit backfired on Chinese markets. Mainland Chinese indexes plummeted ahead of Pelosi’s visit to Taiwan, with the Shanghai Composite Index and Shenzhen Component dropping 3% on August 2 and continuing to fall the next day.

Take Two: Why G7’s Program for Developing Countries is Still No Match for China’s Belt & Road28 June, 04:55 GMTThe US foreign policy establishment is apparently ramping up tensions in the region to impede China’s bold financial and infrastructural projects, including the Beijing-led Belt and Road Initiative (BRI). Previously, the US and G7 came up with a competing plan for developing countries, initially titled the Build Back Better World (B3W) and later re-branded as the Global Investment and Infrastructure Partnership.Beijing is well aware of Washington’s double-standard approach. In particular, Azadgan refers to China lashing out at the US for inconsistency in its foreign policy and violations of international agreements.”[China’s foreign minister] mentioned JCPOA, a deal between P5+1, the five permanent members of the United Nations Security Council plus Germany. He mentioned that as an example of Washington reneging, that’s what happened under Trump’s presidency in 2018. He intentionally said that, used that as an example of… how this [violation of sovereignty] was actually [going against] the December 1978 promise [of a] One-China principle frame. What we’re talking about at this point is the reputation of policy makers in Washington. Because of its foreign adventures, and in addition to running from international treaties, world powers… feel that they don’t have a reliable partner.”While China avoids engaging in direct military actions, Washington continues to stick to its long-failed military adventurism and interventionism, currently shifting its focus to Asia, according to the academic.

How Multipolar Order Presents Antidote to Washington’s Sanctions Against Iran

‘We Want to Save Lives’: How Tory Cabinets Pushed NHS to the Wall, Disregarded Nation’s Health

US Military Expansion in Asia-Pacific is Part of Plan to Take on Russo-China Tandem, Scholar Says