Russell Bentley, a volunteer fighter and blogger from the US in Donetsk People’s Republic 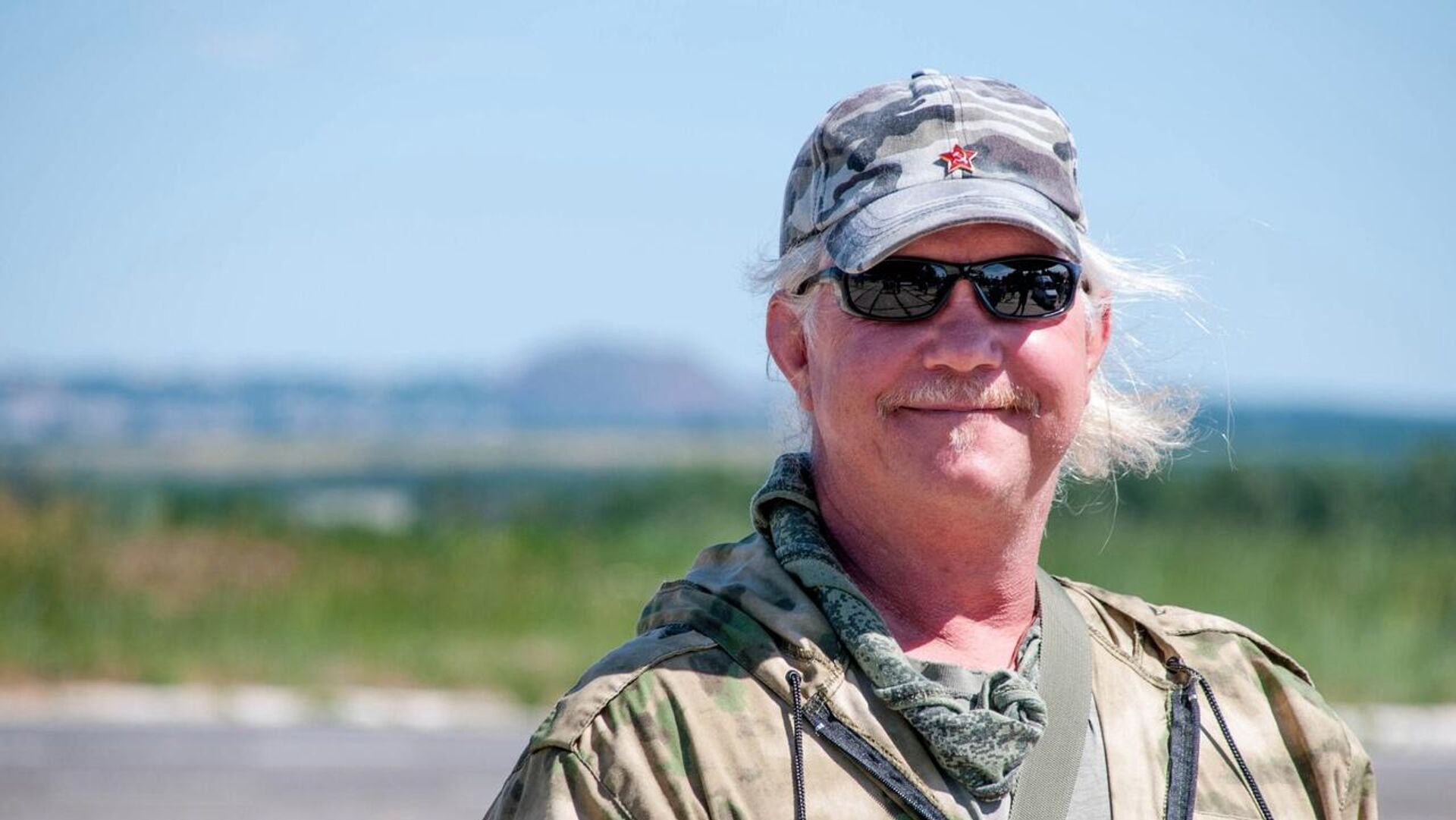 After eight years of their homes being shelled by the Ukrainian Army, Donbass inhabitants are hoping that Russia’s special operation will put an end to this conflict, says Russell Bonner Bentley, an American volunteer who was given the codename “Texas” after joining the Donbass militia in 2014.”Since the special operation, I can tell you that in the major cities of the Donbass republics, Ukrainian shelling has increased significantly,” Bentley says. “They’re using Tochka-Us against our civilians. Now, the heavy shelling, particularly in my neighbourhood in the Petrovsky district (of Donetsk), people are being shelled at a rate they haven’t experienced since 2014 or 2015. And so it’s very hard.”He notes that eight years of war “takes a toll on every single person from the soldier on the frontline to the little kid that was born in 2015, to the old babushka who is still just a pensioner and sitting on the front porch watching things develop.”

"The people of Donbass and the volunteers, first of all, understand that Operation Z was absolutely necessary," the veteran says, referring to Russia's special operation which was launched on 24 February.

He recalls that by February 2022 the Ukrainian army had amassed 150,000 troops on the Donbass front against 60,000 of the region’s defenders and that the Ukrainian military had prepared a major offensive against the major cities of Donbass – Donetsk, Gorlovka, Makeevka, and Lugansk.”At the end of February this year they were within just a few kilometers of the centre of these cities,” Bentley says, adding that if the Ukrainian army had been able to launch the offensive they would have broken through the Donbass defensive lines, and advanced swiftly into Donetsk’s centre.© SputnikRussell Bentley, a volunteer fighter and blogger from the US in Donetsk People’s Republic 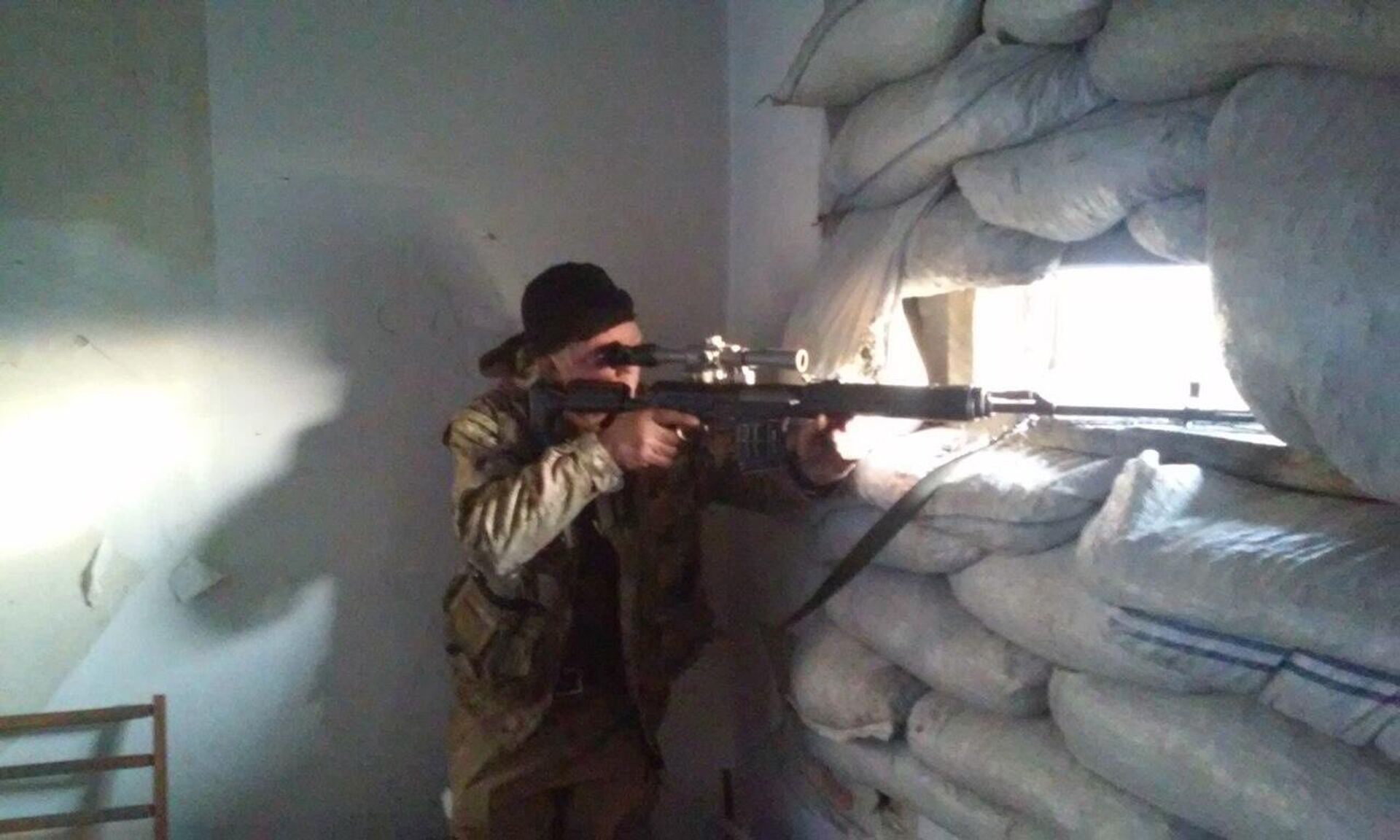 Russell Bentley, a volunteer fighter and blogger from the US in Donetsk People’s Republic”They could have used the civilians there as human shields mixed among them, and that would have neutralised Russia’s most important military advantages, which are its air power, its artillery and its rocket power,” he says. “It would have created a prolonged urban combat, like Stalingrad or like, you know, Fallujah in Iraq or something. And that was their plan.”The veteran explains that the people of Donbass are aware that Russia came in only days before the Ukrainian military was getting ready to attack.

"The Russians saved literally hundreds of thousands of human lives by coming in when they did," he says. "And the people here, we know that and we appreciate it. And we know also that Operation Z is the beginning of the end of this war that's gone on for eight years. And we know also know, beyond any doubt – as any credible, intelligent person does – that Russia will win this war. Absolutely."

Even though Mariupol is in ruins after fierce combat, the Russian armed forces came in immediately with humanitarian aid and began trying to repair the infrastructure, the electricity, and water, the Donbass veteran says. He doubts whether the Ukrainian Army would have done anything like that after conquering Donetsk. Instead, they would have started a neo-Nazi Einsatzgruppen-style cleansing operation and persecute Russia sympathisers, Bentley says.

There are many ways the Russian special operation could go from the final liberation of Mariupol, the Donbass veteran says.

"This war so far has been conducted like a brilliant chess game," Bentley says. "The thing against Kharkov and against Kiev really was brilliant. It locked down a lot of Ukrainian troops who would otherwise have come to reinforce the troops on the Donbass front."

He suggests that the next step of the Russia-backed Donetsk People’s Republic (DPR) military could be to encircle and neutralise the Ukrainian army on the Donbass front. He is also confident that “there’s a lot of diplomacy going on behind the scenes, a lot of negotiations and deals being made that are not public.”It is still unclear how the situation will evolve, what regions will come next in the DPR/LPR forces focus, and whether NATO will interfere in the conflict militarily, he says. Nevertheless, he remains optimistic about the outcome of the operation: even if NATO soldiers are engaged in Ukraine, Russia will win, he asserts.

"The Russians have used about 15 percent at the most of their military potential in this war so far. And they've taken every objective," 'Texas' says. "It is generally a basic principle that to attack something, you need to have a threefold numerical superiority in soldiers and equipment – as the defenders have – to have a reasonable expectation of victory. And in fact, Russia has had victory attacking defenders at less than 1 to 1, particularly in Mariupol."

Situation in UkraineUS Military Expert: Russia to Score Major Victories in Donbass, Must Adapt to New NATO Game22 May, 17:55 GMTThe unfolding confrontation between Russia and the West is not limited to the Ukrainian battlefield, according to the American volunteer: the West has been unleashing a global economic war on Russia by slapping tough sanctions on the country. Since the beginning of the special operation, Russia has shouldered the most sanctions of any country in the world. However, these restrictions have already backfired on those who imposed them.

"I've seen German economists seriously say that a loaf of bread in Europe could cost €10 ($11) by the end of this year," Bentley notes. "Russia has food and energy and economic security. The ruble is the best-performing currency in the world right now."

The West has also failed to isolate Russia, with India, China and Brazil indicating that they are unwilling to jump on Washington’s sanctions bandwagon. Furthermore, “there are a lot of countries in Europe that do not like the idea of destroying their economies just to follow US instructions,” says the veteran, adding that he hopes the people of the West will exert pressure on their respective governments to stop a self-harming sanctions war against Russia and an uncontrollable flow of weapons to Ukraine.

Better a Pretend Fight Than None at All

IRS May Have Wasted $898 Million in Erroneous Pandemic Credits, Refused to Rectify