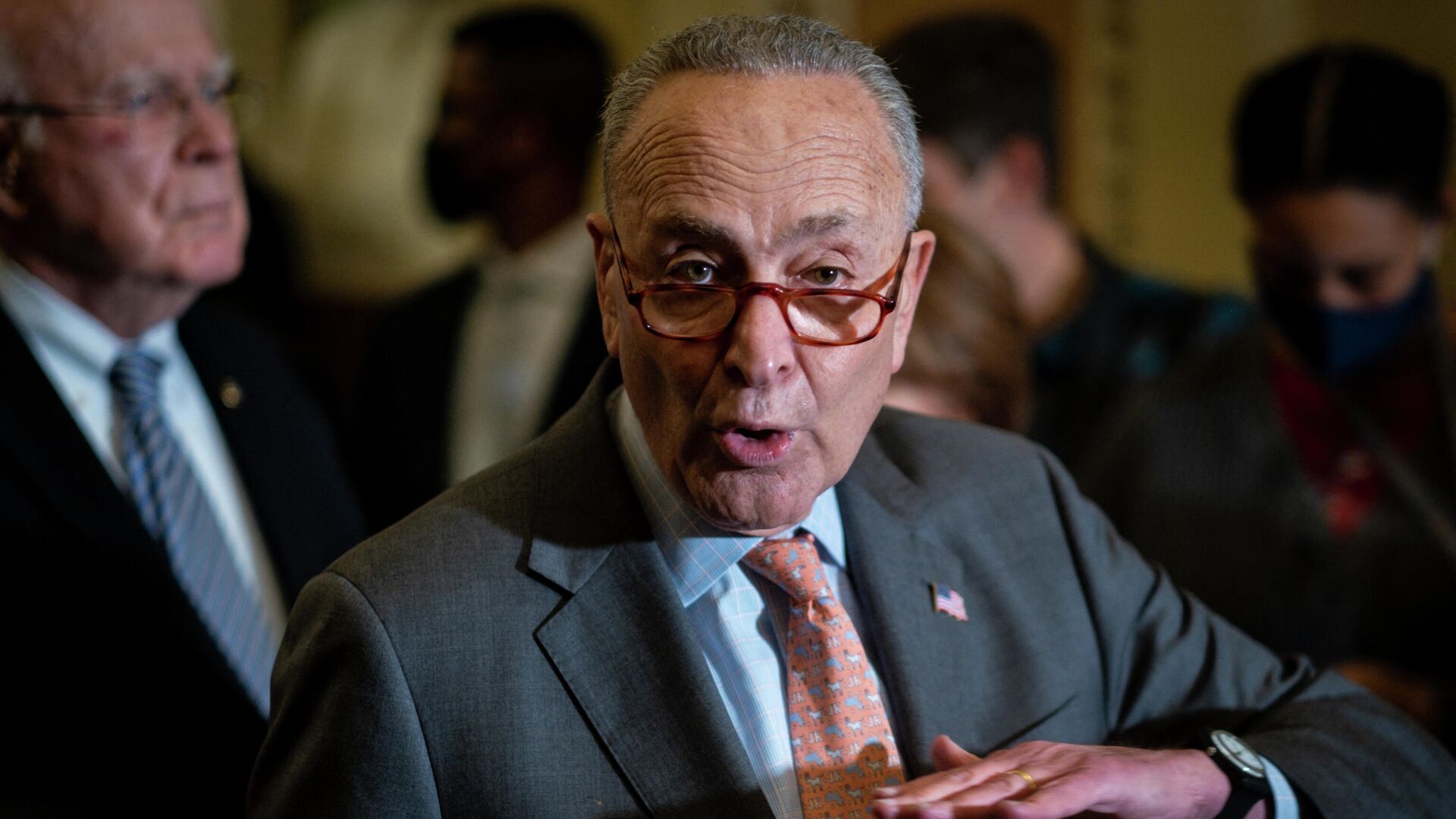 The Democratic Party’s Inflation Reduction Act is “American Recession Plan 2.0,” Louisiana Senator Bill Cassidy (R) told KNOE on August 3. The bill was brought forward by West Virginia Democrat Senator Joe Manchin and Majority Leader Chuck Schumer (NY) on July 27.”This bill is another lame attempt by Democrats to force the Fed to stop raising interest rates by saddling them with new spending which it would have to monetize, similar to last year’s Build Back Better,” argued financial and political commentator Tom Luongo. “What this is is pure pre-midterm electioneering. The Democrats need something to campaign on.”The 2022 Inflation Reduction Act, which is the successor to the House-passed 2021 Build Back Better Act, came as a result of intense negotiations between Senate Democrats, most notably between Senate leaders and West Virginia Senator Joe Manchin. In the fall of 2021, Democrat Manchin refused to vote for the nearly $2-trillion Build Back Better plan, saying that it entailed “shell games” and “budget gimmicks.” The senator’s vote is crucial, given that the upper chamber is currently evenly split between the Dems and the GOP.The new version of the BBB bill, re-branded the Inflation Reduction Act, was agreed by Manchin and Senate Majority Leader Chuck Schumer last week. The new $670-billion legislation envisages the creation of a 15% minimum corporate tax rate; an extension to the Affordable Care Act (ACA) subsidy; increased funding for the Internal Revenue Service (IRS); rights for Medicare to negotiate the price of certain prescription drugs; as well as “energy security and climate change investments.”The proponents of the bill argue that the Inflation Reduction Act will help Americans and small businesses by lowering healthcare costs, cut federal budget deficits, and address longstanding tax disparities between ordinary taxpayers and rich corporations.For their part, Republicans insist that the bill may actually increase deficits and whip up inflation, citing the Tax Foundation and Penn‐Wharton budget modelers.

"Using the Tax Foundation’s General Equilibrium Model, we estimate that the Inflation Reduction Act would reduce long-run economic output by about 0.1% and eliminate about 30,000 full-time equivalent jobs in the United States," reported the Washington-based think tank. "It would also reduce average after-tax incomes for taxpayers across every income quintile over the long run."

The bill won’t tame inflation, echoed Luongo. “It will do the opposite, obviously,” he claimed. “There is no need for this bill. What is needed is for Congress to stop spending money it doesn’t have on programs the US doesn’t need.”Luongo agrees with Cassidy’s notion that the Democratic Party’s legislation will exacerbate the already-present US recession: “Raising taxes in a recession is a recipe for making the recession worse, not better,” warned the commentator.”You cannot tax your way to prosperity. Period,” he said. “Closing the carried interest ‘loophole,’ for example, makes for good rhetoric but it just means that that money will flee the US and find a home somewhere else. Capital flows to where it is treated best, so if you raise the tax rate on one class of people and they move the money out of the country then you are left with the spending mandated but without the revenue you thought you’d generate.”According to the commentator, the best way to raise tax revenue is to “lower taxes, remove the roadblocks to growth and allow the market to find new efficiencies to drive costs down, not subsidize prices, be they prescription drugs or anything else.”

The US economy contracted at a year-on-year rate of 1.6% in the first quarter and 0.9% in the second quarter. After the economy shrank for a second straight quarter – the technical definition of recession used by most economists – the US mainstream press called it a “strong recession signal.”However, the White House immediately shrugged off these concerns by saying that the US is not in a recession. “We have a record job market, and record unemployment of 3.6%, and businesses are investing in America at record rates,” stated Biden. “That doesn’t sound like a recession to me.”Despite the White House denying the unfolding recession, the crisis nonetheless needs to be fixed, according to Luongo.”The US needs a reorganization of how capital is handled domestically,” he explained. “Recessions are a reflection of the need for that reorganization through the liquidation of uneconomic spending. Spending growth is attenuating because high food and energy prices are squeezing household budgets. As opposed to handing out free money printed out of thin air, creating a bigger debt burden for the future, they should be lifting the controls currently in place creating the shortages leading to higher prices.”However, Luongo believes that Democrats are more interested in scoring political points ahead of the November midterms than fixing the economy.”The Democrats (and their international backers) understand that the midterms are a referendum on this idea and are trying to hold onto what they can by giving people free money. Same as it ever was,” he highlighted.The Senate is expected to vote on the Inflation Reduction Act before the end of this week. The passage of the bill in the upper chamber requires a consensus among the Dems. According to Reuters, the bill’s “biggest roadblock” comes from Democratic Senator Kyrsten Sinema of Arizona who is yet to say how she will vote. If passed in the Senate, the legislation will return to the House for yet another vote and will then go to the president’s desk.

Bidens’ Scheming: Why ‘Laptop From Hell’ Exposure Irks the Dems More Than It Does the GOP

Analyst: UK PM Candidates Try to Out-Hawk Each Other, Follow US Lead in Anti-China Stance