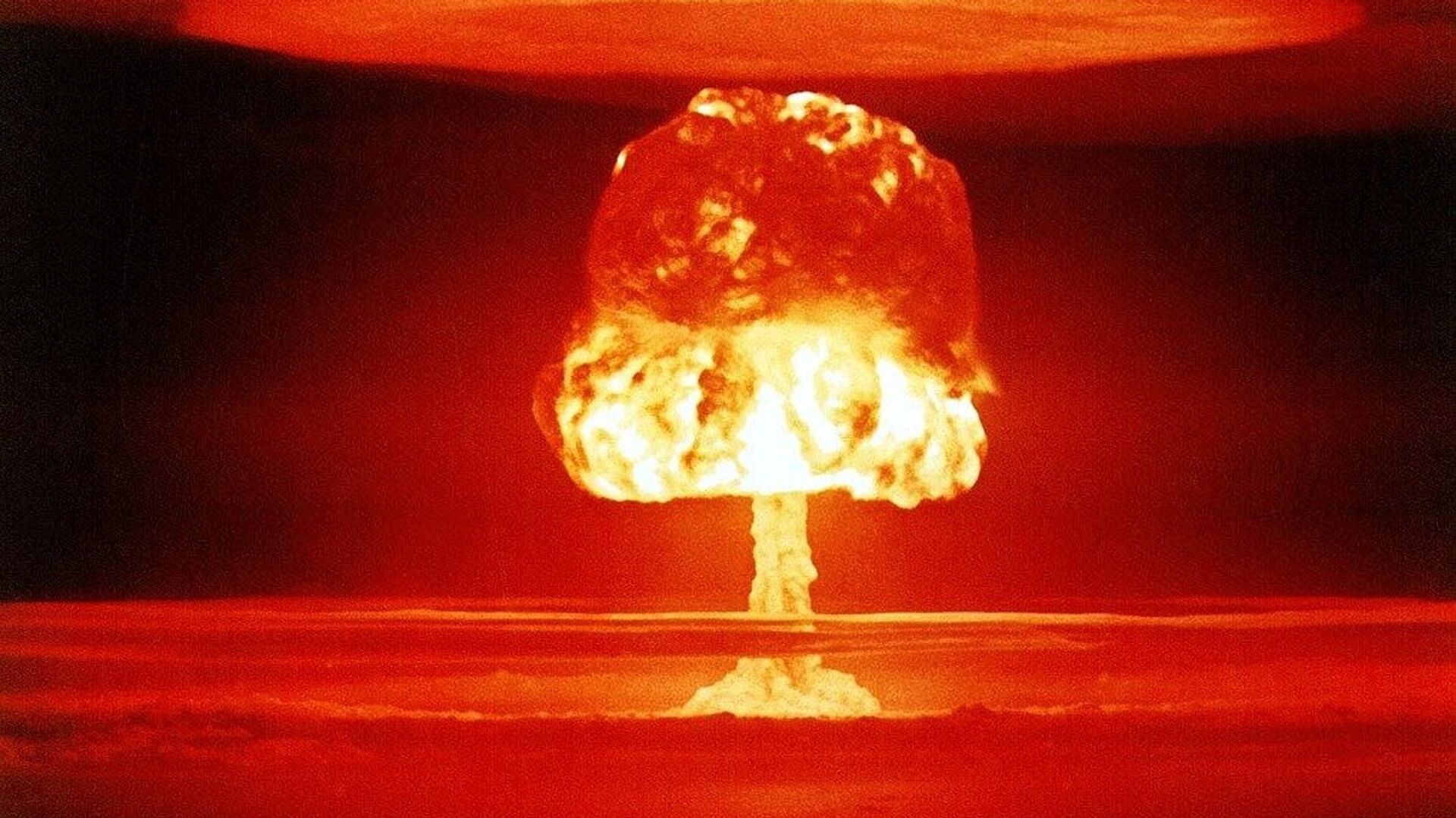 UN Secretary-General Antonio Guterres warned that humanity is “one miscalculation away from nuclear annihilation” as the month-long Nuclear Non-Proliferation Treaty (NPT) Review Conference began on August 1 in New York City.The tenth NPT Review Conference kicked off on Monday to examine how the world’s players are adhering to the landmark treaty aimed at preventing the spread of nuclear weapons.At the conference’s opening, UN Secretary-General Antonio Guterres delivered a dire warning about nuclear threats in Asia, the Middle East and Europe.He also mentioned the ongoing special military operation in Ukraine, which was launched by Russia on February 24 to demilitarize and de-Nazify the Eastern European state. The representatives of the US, Japan and Germany likewise pointed the finger at Russia, groundlessly claiming that it has put the NPT at risk. They remained silent, however, on the US and NATO’s latest military efforts.”I think it is obvious, sadly, that for some time the UN has become a stooge of the West,” explained Bruce Gagnon, director of the Global Network Against Weapons and Nuclear Power in Space. “While the US is far behind in paying its dues to the UN, it still is able to use the international body to project and protect its own militaristic agenda (…) The UN secretary general appears reluctant or unable to directly criticize the US for its constant war mongering or its rejection of disarmament treaties.”According to Gagnon, “it is extremely unfair” when the UN secretary general criticizes Russia for allegedly creating “international tensions” while “remaining silent about US-NATO global expansion which has triggered conflict that could lead to a red-hot nuclear war with Russia and China.”

Putin Says There Can Be No Winners In Nuclear War, It Must Never Be Unleashed1 August, 15:15 GMT

The think tank director has drawn attention to the fact that the US has become “treaty averse”, thus endangering global stability and the 50-year-old NPT.”Washington’s withdrawal from treaties like the Anti-Ballistic Missile Treaty (ABM), the Intermediate-Range Nuclear Forces Treaty (INF), and other such agreements have proven that the US has neither interest nor intention to help create a stable and peaceful international order,” he said.The 1972 ABM Treaty between the United States and the Soviet Union placed limits on anti-ballistic missile systems. The treaty was first proposed by the US in 1967, when then-US Secretary of Defense Robert McNamara argued that the growing number of ballistic missile defense systems could provoke a nuclear arms race, as adversaries try to outperform each other. However, in 2002 President George W. Bush unilaterally tore the treaty up.Likewise, in 2019, President Donald Trump unilaterally withdrew from the 1987 Intermediate-Range Nuclear Forces (INF) Treaty and pressed the pause button on the extension of the 2010 New Strategic Arms Reduction Treaty (New START), which limited US and Russian nuclear weapon deployments. As a result, New Start was extended by the Biden administration at the eleventh hour.In addition, the Trump administration ripped apart the 2015 Joint Comprehensive Plan of Action (JCPOA) with Iran. The international agreement placed certain limits on Iran’s nuclear program and ensured non-proliferation of atomic weapons in the region.

However, the Biden administration is no less reckless and warmongering than its predecessors, according to the scholar.”Secretary of State Antony Blinken has condemned what he calls ‘Russia’s sabre-rattling’ at the very moment that Washington and Brussels are arming Ukraine in their proxy war against Russia,” Gagnon highlighted. “The New York Times reported on June 25 that the CIA (and other western intelligence services) are essentially running the war inside of Ukraine – including providing the satellite targeting coordinates for the HIMARS and other missile systems provided by the West. If that isn’t a serious provocation then what else could it be called? Maybe a Cuban missile crisis in reverse?”In December 2021, Russia handed over draft security agreements to the US and NATO which looked to diffuse tensions sparked by the transatlantic alliance’s decades-long eastward expansion and Washington’s efforts to arm Ukraine and create new military installations on Russia’s doorstep.Russia’s draft documents envisaged NATO’s non-expansion, Ukraine’s non-admission to the military bloc, non-deployment of offensive weapon systems near Russia’s borders, and the return of NATO’s European capabilities and infrastructure to 1997 levels. Moscow warned western states that if its proposals were dismissed, Russia would resort to a military-technical option. However, the initiative was disregarded by the US and NATO, as well as the EU.”If the leadership at the UN were serious about ‘de-escalating’ potential nuclear conflict then they might try pointing out just which nation(s) are the agents of escalation around the world today,” Gagnon said.Thus, while US Secretary of State Blinken, Japanese Prime Minister Fumio Kishida and German Foreign Minister Annalena Baerbock blamed Russia for allegedly endangering the NPT and its so-called “reckless nuclear rhetoric,” they failed to mention Ukrainian President Volodymyr Zelensky’s threat to reconsider Kiev’s non-nuclear status under the 1994 Budapest Memorandum. Zelensky made the public remark on February 19 at the Munich Security Conference.

Zelensky Threatens to Revise Ukraine’s Non-Nuclear Status, Initiates Talks on Budapest Memorandum19 February, 15:30 GMTLikewise, while Blinken claimed that Russia endangers the security of the Zaporizhzhya Nuclear Power Plant – something that Moscow resolutely denied – the US secretary of state shied away from rebuking Kiev’s sabotage groups which provoked clashes at the plant on March 4. Ukrainian units were also detected destroying power grid facilities that provide electricity to the Chernobyl NPP. Both provocations were thwarted by the Russian military with nuclear reactors and critical infrastructure sustaining no damage.Meanwhile, just as the NPT Review Conference began, Washington greenlit House Speaker Nancy Pelosi’s provocative trip to Taiwan in defiance of Beijing’s repeated warnings. As a result, the Southeast Asian region saw an increased concentration of military forces by two nuclear powers near the island.”The western-controlled institutions are loaded with hypocrisy,” Gagnon stressed. “They must accept some level of responsibility for the extremely unstable condition of the world today. Let’s be honest and admit that the US-NATO endless war machine is indeed the leading provocateurs around the globe – the very ones that are creating the conditions for a nuclear war.”

British Economist: Much UK Energy Cost Rise is Due to Political Anti-Russia Sanctions

‘Katy, Bar the Door’: Why Pelosi’s Trip to Taiwan is Fraught With Risk of Military Escalation

US Military Aid to Ukraine Will Only End With ‘Real Political Revolution’ in America, Analyst Warns