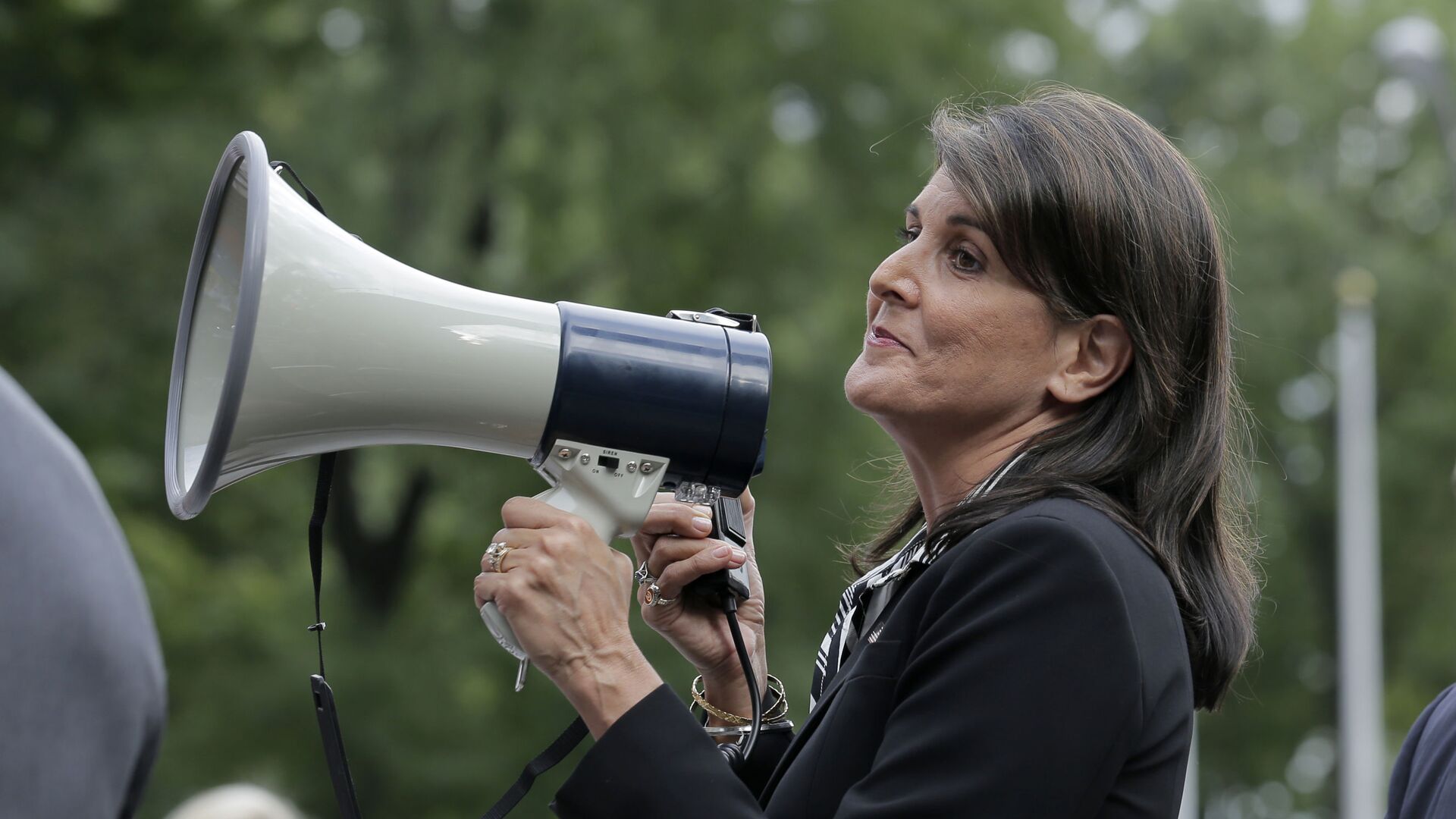 Tim KorsoLondon earlier introduced a bill that will unilaterally alter its deal with the EU and the Brexit divorce agreement. The protocol was supposed to be a temporary measure to avoid a hard border with Northern Ireland, but talks with Brussels failed to produce a permanent replacement.Former US envoy to the UN Nikki Haley has criticized President Joe Biden and other Democrats for speaking out against London’s plans to alter the Northern Ireland (NI) protocol, insisting that it is none of their business.During a speech at the Policy Exchange think tank, Haley stressed that it was up to the Brits to decide what should be done about the protocol and what would be best for them, responding to the Democrats’ threats to drop a US-UK trade deal if London proceeds with its plans.”In terms of the Northern Ireland Protocol […] Its none of their [the White House’s] business. This is something that [the UK has] to decide, this is something that has to be in the best interest of your people, and you’ve got to decide what’s going to make you strong in the end. I just don’t think it’s our place to be weighing in on this at all”.That said, the ex-UN envoy went on to weigh in on the UK’s decision to leave the EU, saying that she watched it with “bated breath” as a moment when people were using their voice to determine their future. Haley added that she couldn’t “blame them” for choosing to leave and decide themselves what was in their best interests, instead of letting Brussels determine that.She also predicted that more countries might follow the same path and expressed her opinion that it would only make the West “stronger”.

‘There’s a Concern’ Over Biden, Nikki Haley Says as She Wants ‘Cognitive Test’ for Older Politicians5 November 2021, 14:36 GMTHaley, who was the US’s envoy to the global body under the Donald Trump administration, has previously mentioned that she is considering running for presidential office in 2024. She noted, however, that she won’t pursue the office if her former boss decides to run again. Trump, for his part, has not given a definitive answer so far regarding whether or not he will run in 2024.Let’s stay in touch no matter what! Follow our Telegram channel to get all the latest news: https://t.me/sputniknewsus