/ Go to the photo bankA screen featuring the logo of the Sputnik International News Agency and Radio seen at the media center of the Eastern Economic Forum, Vladivostok 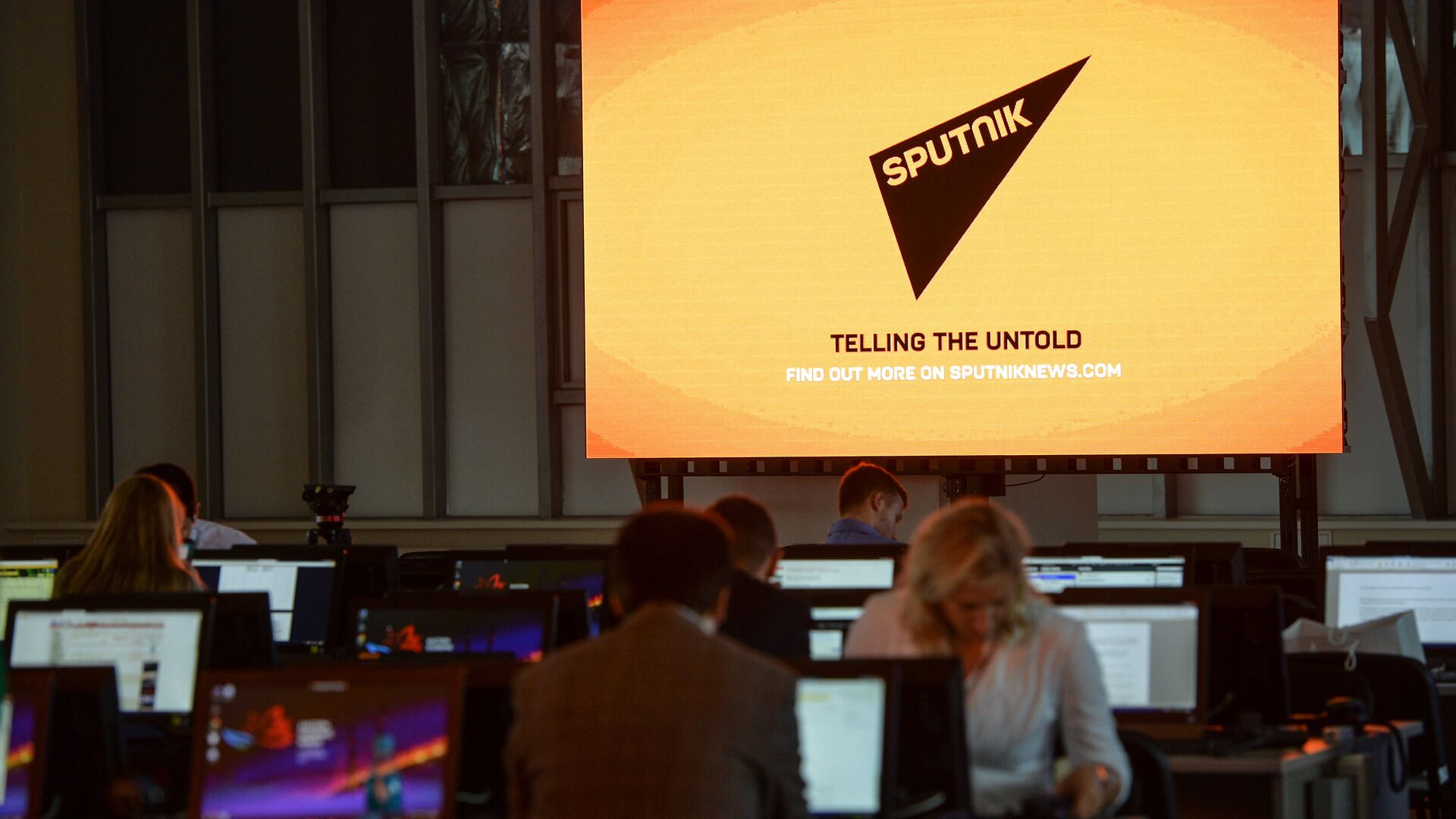 In a move to punish Russia for launching a military operation with a goal to “denazify and demilitarize” Ukraine, Western countries have tried their hardest to target Russian media outlets by reducing their traffic and blocking their social media channels. However, it seems the efforts have proven to be fruitless.MOSCOW (Sputnik) – Content produced by sanctioned Russian media outlets Sputnik and RT is still in high demand in the United States and Ukraine despite efforts to curb viewer traffic, Microsoft said.”Even after all efforts to reduce traffic to Sputniknews and RT.com, consumption of Russian propaganda is still higher than before the war (~60MM per month in the US, on par with the WSJ),” the company said on Wednesday.Since January 2022, there has been a significant increase in traffic to Russian media websites in the US, according to the report. The peak of Russian media content consumption activity occurred on February 24, when it spiked 82%, Microsoft added. Sputnik’s International News website boasts more than 40 million hits from January to May 2022. After scoring 5.3 million hits during January, Sputnik’s website exceeded 13 million views in March. Sputnik International’s US-based audience increased from 29% of its entire audience in March to 41.5% in April and 42.9% in May.The situation in Ukraine has been similar, with the consumption of content Microsoft designated as “Russian propaganda” having grown by 216% since the last week of February, hitting a peak on March 2, the report said. It began to decline afterwards but still remains at a level higher than before the start of Russia’s military operation in Ukraine, Microsoft noted.On February 24, Russia launched a military operation in Ukraine after the breakaway republics of Donetsk and Lugansk appealed for help in defending themselves against Ukrainian forces. In response to Russia’s operation, Western countries have rolled out a comprehensive sanctions campaign against Moscow, which includes airspace closures and restrictive measures targeting numerous Russian officials and entities, news media and financial institutions.