An overhead view shows a boat passing the Hermitage Community Moorings on The River Thames as the sun rises behind the office buildings of the Canary Wharf financial district in London on January 14, 2022 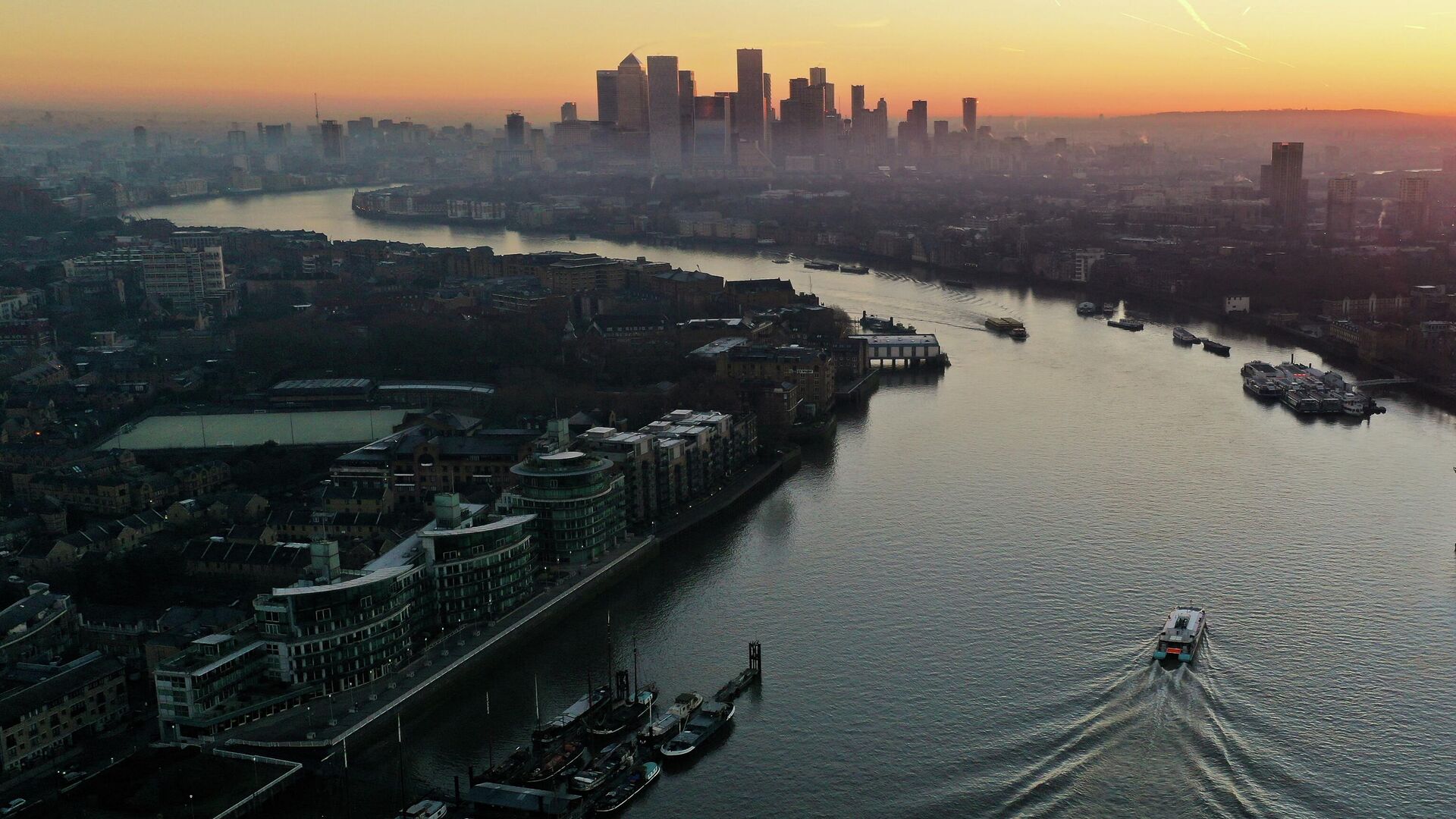 The United Kingdom and the European Union have been locked in a complicated re-arrangement of their trade relations since London’s divorce with Brussels in January 2020.The UK House of Lords’ European Affairs Committee suggested in its report that the European Union is baselessly holding London to a higher standard when it comes to granting access to the EU financial market.According to the report, the decision by Brussels not to give the UK a regulatory “equivalence” for the EU market was a reflection of “a political, rather than technical, approach” on the part of the bloc.Such equivalence greenlights non-EU countries access to the bloc’s financial market by recognizing the similarities between the financial rules of the EU and the country in question.“China has been granted equivalence by the EU in a dozen or more areas. It looks odd and wrong that the UK has not been granted this, considering we are democracies of a similar character,” said the committee chairman Lord Kinnoul.The committee report comes as the European Union is trying to lure lucrative businesses out of London’s Square Mile to the Continent, in what Brussels sees as an attempt to strengthen the single currency’s role globally. However, the bloc’s move to threaten banks that fail to relocate from the Square Mile to the Continent was not received with a lot of enthusiasm.The European Banking Federation (EBF) slammed Brussels’ plans as potentially causing “serious market disruptions”, as well as “significantly [weakening] the attractiveness and competitiveness” of EU clearing houses.Following Brexit, the UK is seeking to make the best out of potential new opportunities.“Following the UK’s exit from the EU, our regulators have assumed significant new responsibilities. Those will require scrutiny, and Parliament has an opportunity to put in place a process which is less bureaucratic and significantly more nimble than was previously the case in the European Union,” said Mel Stride, chairman of the Treasury select committee.The United Kingdom granted equivalence to the European Union in 28 areas, but Brussels never reciprocated, only greenlighting London in just two sectors. Britain has accused Brussels of trying to “weaponize” equivalence , while the EU argues that its relations with the UK are fundamentally different from those with other countries, and equivalence was not created for such a situation.Aside from China, Brussels has granted equivalence to countries like the United States, Australia, Canada and others.The equivalence row continues amid the squabbles between London and Brussels over the Northern Ireland protocol – a Brexit agreement amendment regulating the border between Northern Ireland and the Republic of Ireland. In the wake of the UK intending to unilaterally change the protocol to ease the flow of goods coming to and from Northern Ireland to the rest of the UK, the European Commission has launched legal proceedings against London. According to Brussels, the UK’s actions with the Northern Ireland protocol are “extremely damaging” to bilateral relations between the EU and Britain.

Prince Harry Falls Off His Horse During Polo Match in California