Contender to become the country’s next Prime minister and leader of the Conservative party British Foreign Secretary Liz Truss answers questions as she takes part in a Conservative Party Hustings event in Leeds, on July 28, 2022 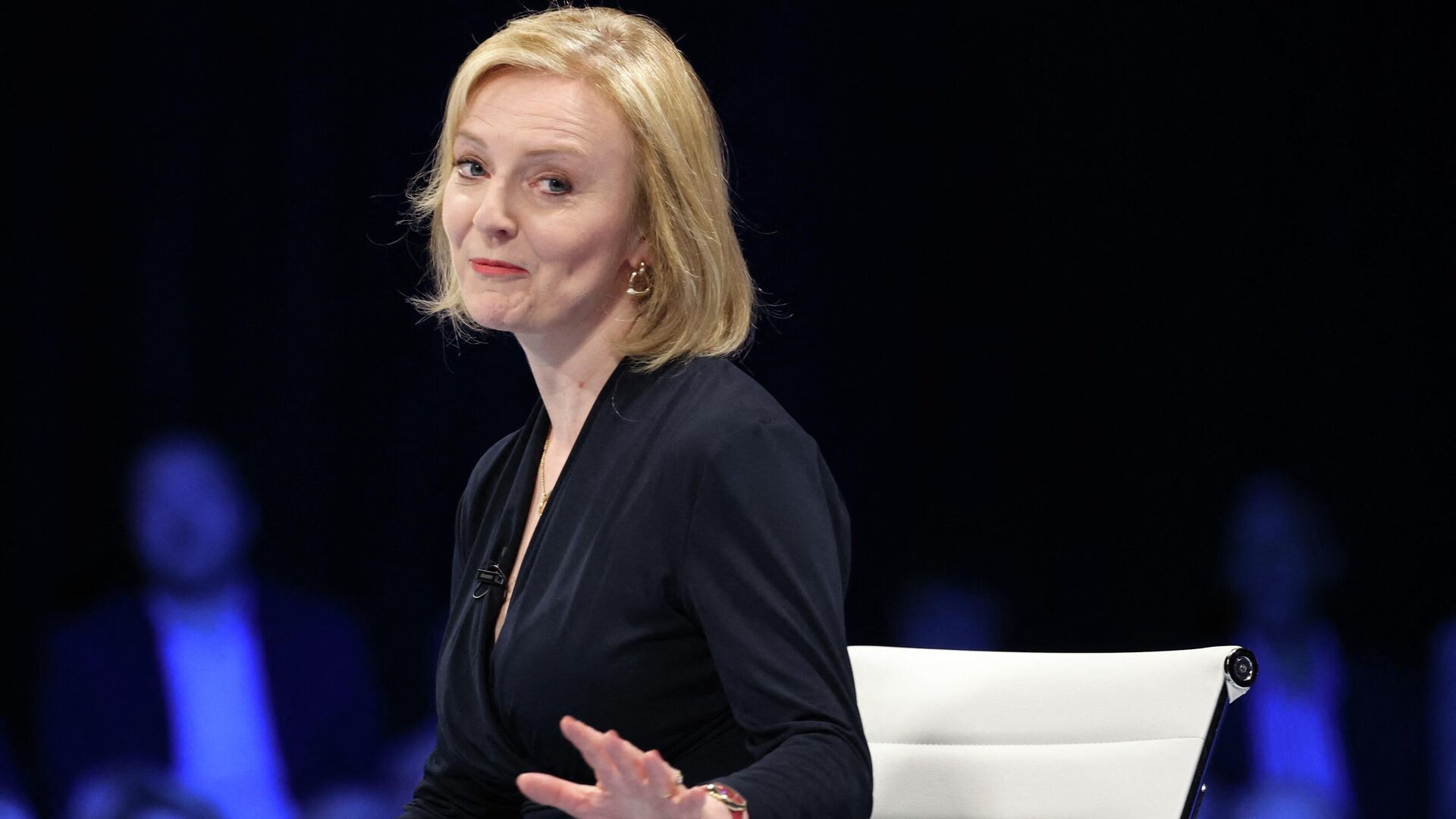 Oleg BurunovLate last month, Liz Truss pledged to counter China’s push for global dominance by forging stronger Commonwealth trade ties if she becomes prime minister. The UK foreign secretary added that she is seeking to offer nations “a clear alternative to growing malign influence from Beijing.” UK Foreign Secretary and Tory leadership hopeful Liz Truss has lashed out at China’s response to US House Speaker Nancy Pelosi’ visit to Taiwan, while also calling for a de-escalation amid Beijing’s large-scale military drills in the waters around the island.Hours after Pelosi ended her trip to Taiwan to travel to the next leg of her tour of East Asian countries on Wednesday, Truss expressed support for the House speaker’s decision to visit the island, which is seen by China as a breakaway province.Speaking at the hustings in the city of Cardiff in Wales, the foreign secretary argued that Pelosi was “well within her rights as Speaker of Congress” to visit the Taiwanese capital Taipei earlier this week.

Truss asserted that “the issue here is the language and the escalatory language that we have heard from China and I think that is irresponsible and I urge them to de-escalate.”

The remarks follow a source in Team Truss reportedly saying late last month that “Liz has almost single-handedly dragged the government into a tougher position on China.”

From UK Troops in Ukraine to China and Recession: Six Takeaways From the Sunak-Truss Live TV Debate26 July, 06:32 GMTThis was preceded by the foreign secretary promising she would launch a “New Commonwealth Deal” to ensure the 56 Commonwealth countries act as a bulwark against China.

“I will ensure the Commonwealth sits at the heart of my plans for Global Britain. As one of the largest groups of freedom-loving democracies, we must ensure there are clear benefits to remaining a member of the Commonwealth and offer nations a clear alternative to growing malign influence from Beijing,” Truss pointed out.

The statement came after Truss accused former Chancellor Rishi Sunak – her rival in the current Tory leadership race – of pushing for a closer relationship with China during a live head­-on­-head TV debate in late July.After Sunak insisted that there was a need to acknowledge that Beijing is a “threat to our [UK] national security, it is a threat to our economic security,” Truss challenged his comments, saying, “as recently as a month ago you were pushing for closer trade relationships with China.”

“This is not something you've advocated in government, I'm delighted that you've come round to my way of thinking but it has been driven by the Foreign Office – the tougher stance that we've taken on China,” she added.

Separately, the foreign secretary argued that the UK government “absolutely should be cracking down” on Chinese-owned companies such as social-media giant TikTok Inc. and limit technology exports to authoritarian regimes.Chinese Foreign Ministry spokesman Zhao Lijian responded by stating that Beijing “regrets” Truss’ “remarks related to China” and “firmly opposes them.”

“I want to make it clear to certain British politicians that making irresponsible remarks about China, including hyping up the so-called China threat, cannot solve one’s own problems,” the spokesman said.

On Wednesday, Chinese Foreign Minister Wang Yi vowed to impose “tough” sanctions in response to Pelosi’s visit to Taiwan, warning that “those who offend China will be punished.”

How Nancy Pelosi’s Taiwan Visit Helped China Score Major Geopolitical VictoryYesterday, 12:32 GMTWang also cautioned that attempts to use Taiwan to contain China’s development are doomed to failure, adding, “the United States should not have any illusions about undermining China’s development and revival.”

When in Taipei, Pelosi, in particular, met Taiwanese President Tsai Ing-wen, stressing that the goal of her trip to the island was to “make it unequivocally clear that we [the US] will not abandon our commitment to Taiwan.”

The House speaker’s visit to the island has exacerbated even further the already tense relations between China and the West, which is frustrated over what is describes as Beijing’s drive to boost its regional clout.