Colombian left-wing presidential candidate Gustavo Petro shows his ballot as he votes during the presidential runoff election in Bogota, on June 19, 2022 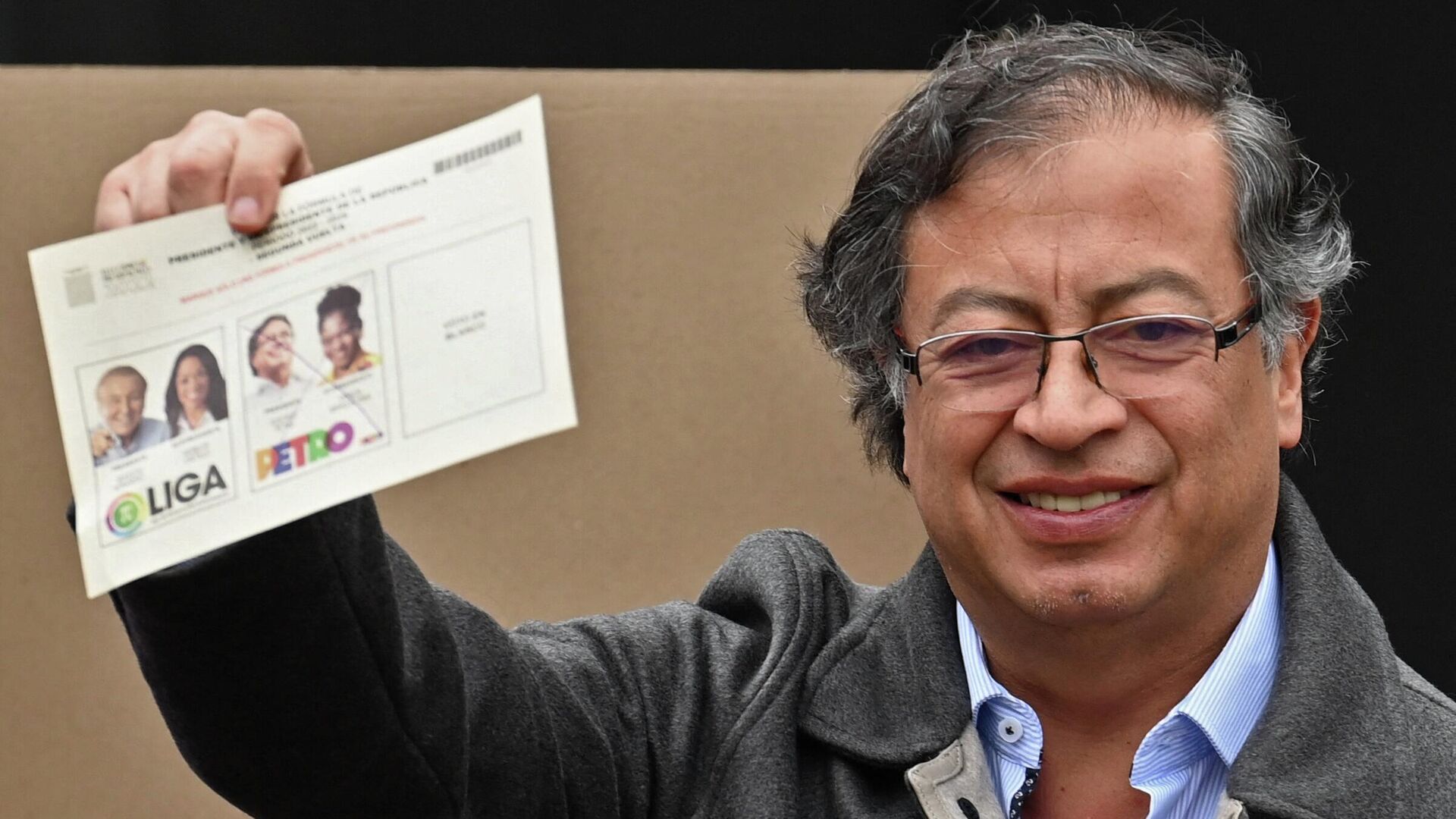 CorrespondentThe first round of Colombian presidential election was held on May 29, 2022; however, as none of the nominees received at least 50% of the vote, a runoff between the top two candidates – Gustavo Petro and Rodolfo Hernandez Suarez – was held on Sunday.Leftist candidate in Colombia’s presidential race Gustavo Petro leads the second round of the election with 50.5% of the vote in pre-processed data from about 98% of polling stations, the media reported.Early reports showed Petro beating independent rival Rodolfo Hernandez, who had gained approximately 47.16% of the vote.Shortly after preliminary figures began reporting, Petro took to social media and began celebrating his victory.”Today is a day of celebration for the people,” he wrote on Twitter. “May so many sufferings be eased in the joy that is flooding the heart of the country. This victory is for God, the people and their their history. Today is the day for the streets and the plazas.”In follow-up remarks, Petro told Colombian voters that his election victory would signal a shift for Colombia to leave hate behind, vowing that there will be no political persecution during his administration. He further welcomed dialogue with opposition politicos “when they want.”Hernandez has since conceded defeat, offering his own congratulations to Petro in a Facebook post.Speaking to Sputnik correspondent Wyatt Reed ahead of the final vote count, one voter indicated they threw their support behind Petro because the left-leaning candidate would effectively help move the nation in a positive direction.Citing Petro’s efforts to create and advance opportunities for the next generation of Colombians, the voter underscored that a win by Hernandez would be “terrible” for Colombia, adding that the nation “would be worse than Venezuela.”Yenny Alejandra Medina, the mother of slain Colombian teen Dilan Cruz, told Sputnik that she hopes Petro’s win will bring hope for justice to the victims of violence in the nation, as well as enact real, positive change moving forward.In November 2019, Cruz died after being struck in the head with a projectile fired by riot police. At the time, Cruz had been participating in a march demanding better access to education.Video emerging across social media have shown widespread cheer after the tally was called in Petro’s favor.

Gustavo Petro, candidate of the Pacto Histórico, is cheered on by huge crowds as Colombia votes in its second round presidential election.pic.twitter.com/S4Vvr0xBaK

Petro’s win marks the first time in Colombia’s history that the reign of power will be handed to the left-wing political movements closely affiliated with the long-term guerrilla movement of the South American country.

Left-Wing Candidate Petro Comes Out Ahead in First Round of Colombia’s Presidential Election29 May, 23:02 GMTPetro, who is 62, is an economist and former insurgent, senator and former mayor of the capital Bogota. His latest political endeavor marked his third bid for office. He has twice lived abroad in forced exile. His running mate and vice presidential candidate is Francia Marquez, 40, a Black feminist, eco-activist and human rights activist.Pedro Gutierrez, who serves as the chief of the National Electoral Council of Colombia, has stated that the official vote count would be confirmed “no later than Thursday evening,” per the reports.Under the country’s constitution, President Ivan Duque, who is currently in office, was ineligible for a second term.Taking to Twitter, Duque congratulated Petro on his election victory but called for the public to allow a “harmonious, institutional and transparent’ transfer of power in the incoming days.

US Approves Resumption of Operations in Venezuela For US, European Oil Companies