French soldiers deployed in the Nato Response Force’s (NRF) “Operation Aigle” mission wait for the French President expected for a visit at the Mihail Kogalniceanu Air Base near the city of Constanta, Romania, on June 15, 2022. – French President Emmanuel Macron called for “new in-depth discussions” with Ukraine, without confirming if he would travel this week to Kyiv as several media have reported. (Photo by Daniel MIHAILESCU / AFP) 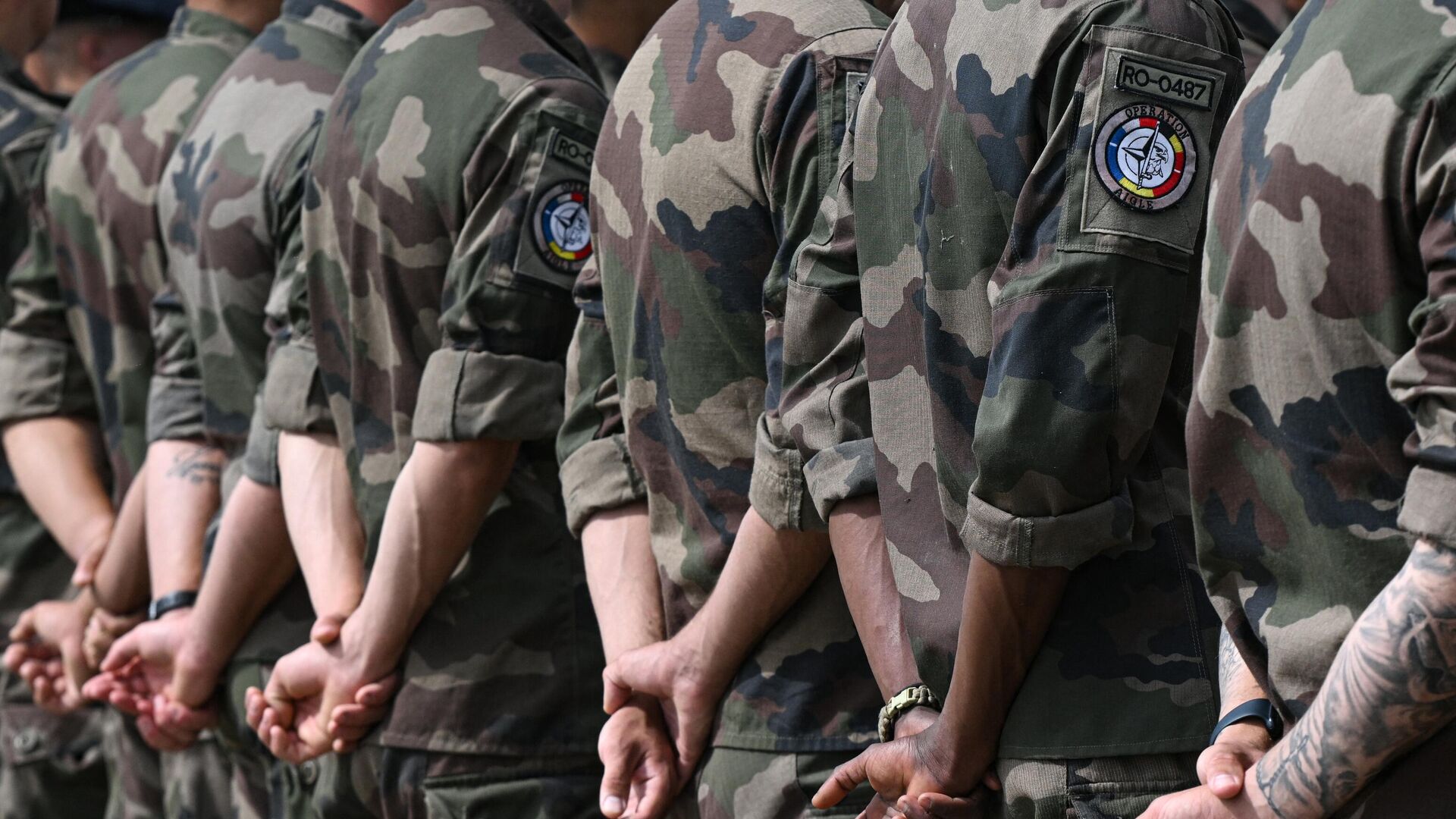 Countries from both organizations imposed sanctions against Russia, criticizing its special military operation in Ukraine. In addition, NATO started redeploying more troops towards its eastern fringes bordering Russia, while EU nations resurrected talks of a European army.Russian Foreign Minister Sergey Lavrov has stated that the European Union and NATO seem to be forming a modern coalition essentiality with the goal to wage war against Russia. The minister drew parallels between current-day events and those of the first half of the 20th century when Germany was preparing an attack on the USSR.

"When the Second World War began, Hitler gathered a significant part, if not the majority part, of European countries under his banners for the war against the Soviet Union. Now, […] the European Union, together with NATO, is forming such a modern coalition to fight […] a war against Russia," Lavrov told reporters.

The minister also stressed that Moscow has few illusions regarding current anti-Russian sentiments in the EU or hopes that they will somehow dissipate in the foreseeable future. He added that it was the path that Europeans had chosen.

"Of course, we will be looking at the real actions of the European Union and following the steps it is taking. [We will monitor] whether candidate countries comply with these requirements or [if] they still try to maintain their independence," Lavrov said.

The Russian foreign minister elaborated that Serbia is one example that does not want to abdicate its policy-making independence as European politicians try to dictate to Belgrade how it should act. Serbia has been a candidate for EU membership since 2012.

Zelensky Touts Ukraine’s EU Candidate Status as ‘Biggest Step Toward Stronger Europe’Yesterday, 23:02 GMTLavrov’s comments came in the wake of the EU’s decision to grant candidate status to Ukraine and Moldova, but not to Georgia, which has refused to join anti-Russian sanctions so far. Candidate status is only the first step on the path to EU membership, which can take decades and does not guarantee the end result. Turkey, for example, has been a candidate for membership since 1999. Brussels’ refusal to grant full membership to Ankara or speed up the application has repeatedly sparked conflicts between the EU and Turkey.