Greek Prime Minister Kyriakos Mitsotakis speaks to media prior the extraordinary meeting of EU leaders to discuss Ukraine, energy and food security at the Europa building in Brussels, Monday, May 30, 2022 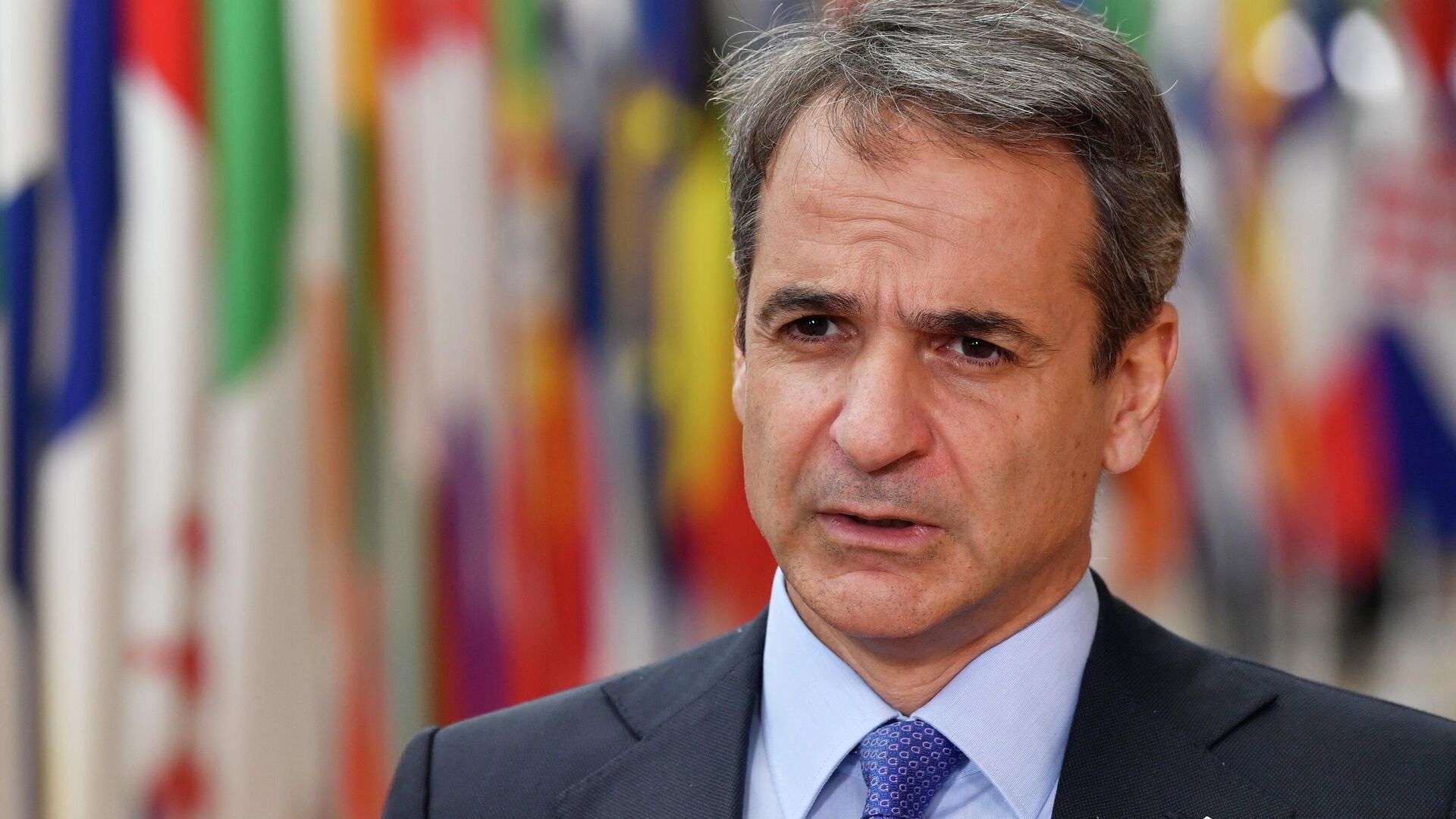 ATHENS (Sputnik) – The current critical situation in the European economy and unprecedented inflation are consequences of Europe being “at war,” Greek Prime Minister Kyriakos Mitsotakis told Capital.gr on Tuesday.”The situation is really difficult. Difficult for the global economy, difficult for the European economy, difficult for the Greek economy, as we are faced with such a level of inflation that we have not seen in Europe for 40 years. We must reiterate, so that the citizens understand that we are at war, Europe is at war and unfortunately the consequences of this Russian invasion of Ukraine are now being felt throughout the whole spectrum of economic activity,” Mitsotakis said in an interview with the Greek portal.The government must intervene within its fiscal capacities to mitigate the effects of price increases at all levels on the available income, the prime minister said. The Council of Ministers meeting on Tuesday will announce an additional support package for households and businesses, which will include increased fuel subsidies for the next three months, he added.

Turkey Refuses to Participate in NATO Drills Over Disagreements With Greece, Reports Say30 April, 10:33 GMTMitsotakis also assured that the national economy is much safer than it was when he came into office, noting that there are no indications that the current inflation will be followed by a recession.”I would say the opposite, I would not be surprised at all if in the end the Greek economy grows at a faster pace than predicted by foreign companies, the European Union and the International Monetary Fund. I say this because we have very encouraging news from the tourism industry but also from the investment sphere, which is why I am moderately optimistic that we will have a good, steady growth in 2022. We were very pleasantly surprised in 2021, having exceeded forecasts made earlier in the year,” the prime minister said.Since the launch of the Russian special military operation in Ukraine, Western countries have adopted several packages of sanctions against Russia, in particular against its energy sector. There are now discussions about a possible embargo on oil products and gas supplies from Russia. Russian President Vladimir Putin has stated that the policy of containing and weakening Russia is the West’s long-term strategy and that sanctions have dealt a serious blow to the entire global economy.

Ex-DoD Officer: US, NATO Seek Peace as Russian Military Victory in Ukraine is All But Inevitable