A Russian ruble coin is pictured in front of St. Basil cathedral in central Moscow 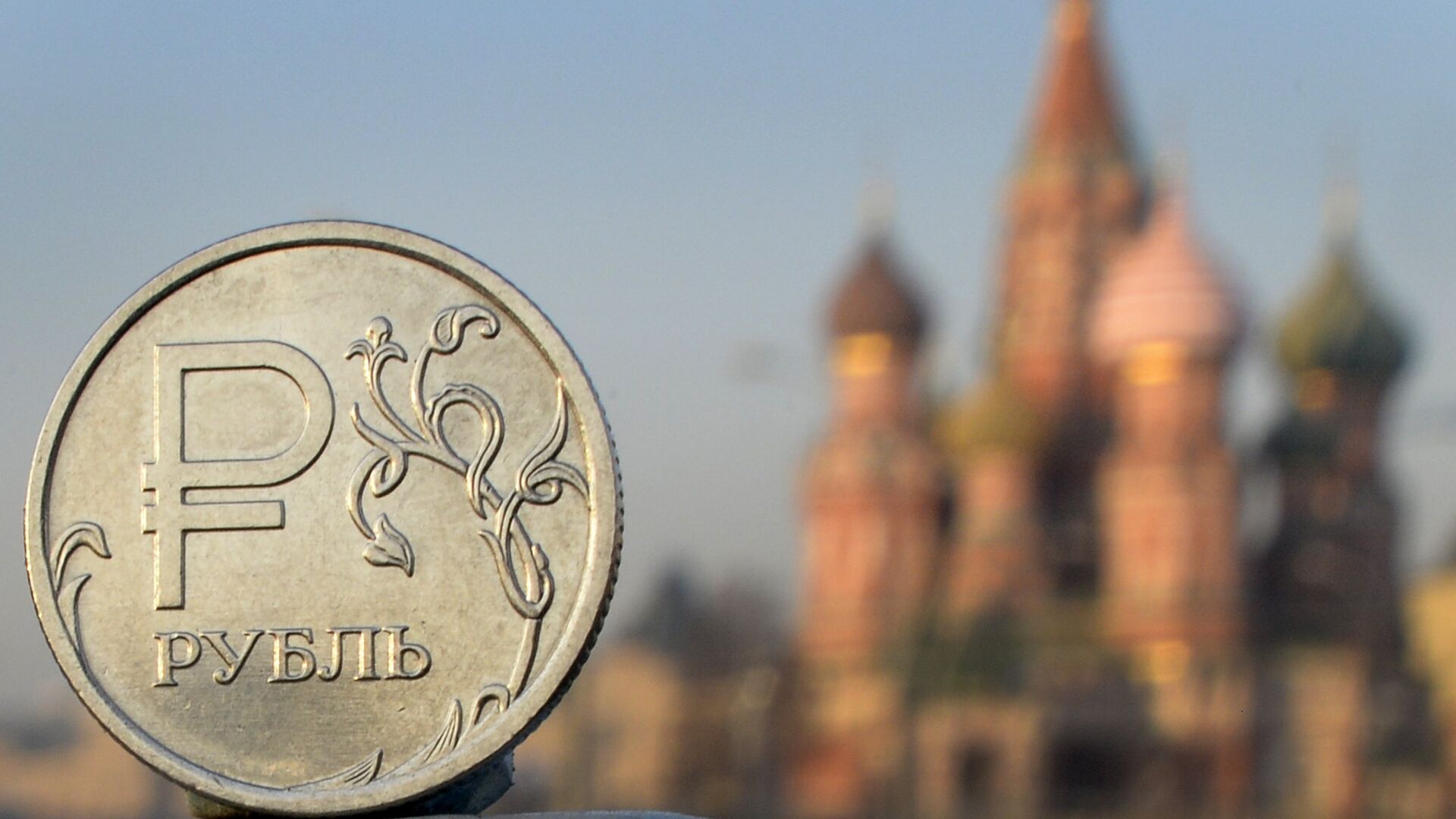 Tim KorsoMoscow’s trade ties with foreign countries suffered a blow in March after western sanctions sent many global banks into panic mode, prompting them to refuse transactions with Russian counterparts even if the transfers did not fall into the remit of the sanctions. As a result, numerous areas of global finance and trade were disrupted.Russian think tank VEB.RF has suggested that introducing a gold-backed cryptocurrency is among the best ways to ensure the stability of international financial transactions that fuel trade relations between countries in light of western sanctions.The new cryprocurrency, under the working title “golden ruble”, will act as a stablecoin – a digital currency whose price is tied to the market value of an underlying currency or, in this case, of gold. The measure is supposed to protect the golden ruble from US-led attempts to undermine its trading properties and value.While it is not clear if the proposed coin will be convertible to the precious metal – a practice long abandoned by most fiat monies -, the VEB.RF noted that the golden ruble would be specifically designed for international trade and not intra-state use. Furthermore, it should be tradable by third countries without Russian involvement.The think tank stressed that current challenges require Russia to build qualitatively new financial and monetary systems that are unlike existing ones. VEB.RF recalled that Iran has been successfully subverting US sanctions using cryptocurrencies for foreign trade. The researchers added that existing digital currencies are no match to fiat ones, but are still preferable as a payment method despite high volatility.

Russian Ruble Becomes Fastest Growing Currency in 2022 – Bloomberg12 May, 10:08 GMTAs part of its analysis, the VEB.RF reviewed trading options in national currencies, gold, barter and clearing transactions, but found a gold-bound digital token to be one of the most appealing.The need to find new ways to trade comes in light of western sanctions against Russia over Moscow’s decision to launch a special military operation in Ukraine. The sanctions disrupted financial ties with foreign countries and, as a result, trade and logistic routes. While some global institutions continue their operations with Russian banks not affected by sanctions, many others refuse to deal with any, fearing secondary sanctions by the US prompted by indirect rule-breaking in the chain of transactions.Let’s stay in touch no matter what! Follow our Telegram channel to get all the latest news: https://t.me/sputniknewsus

Moscow: BRICS and G20 Keen to Cooperate With Russia in Arctic