A man stands in the viewing gallery at the Australian Stock Exchange in Sydney, Monday, March 9, 2020 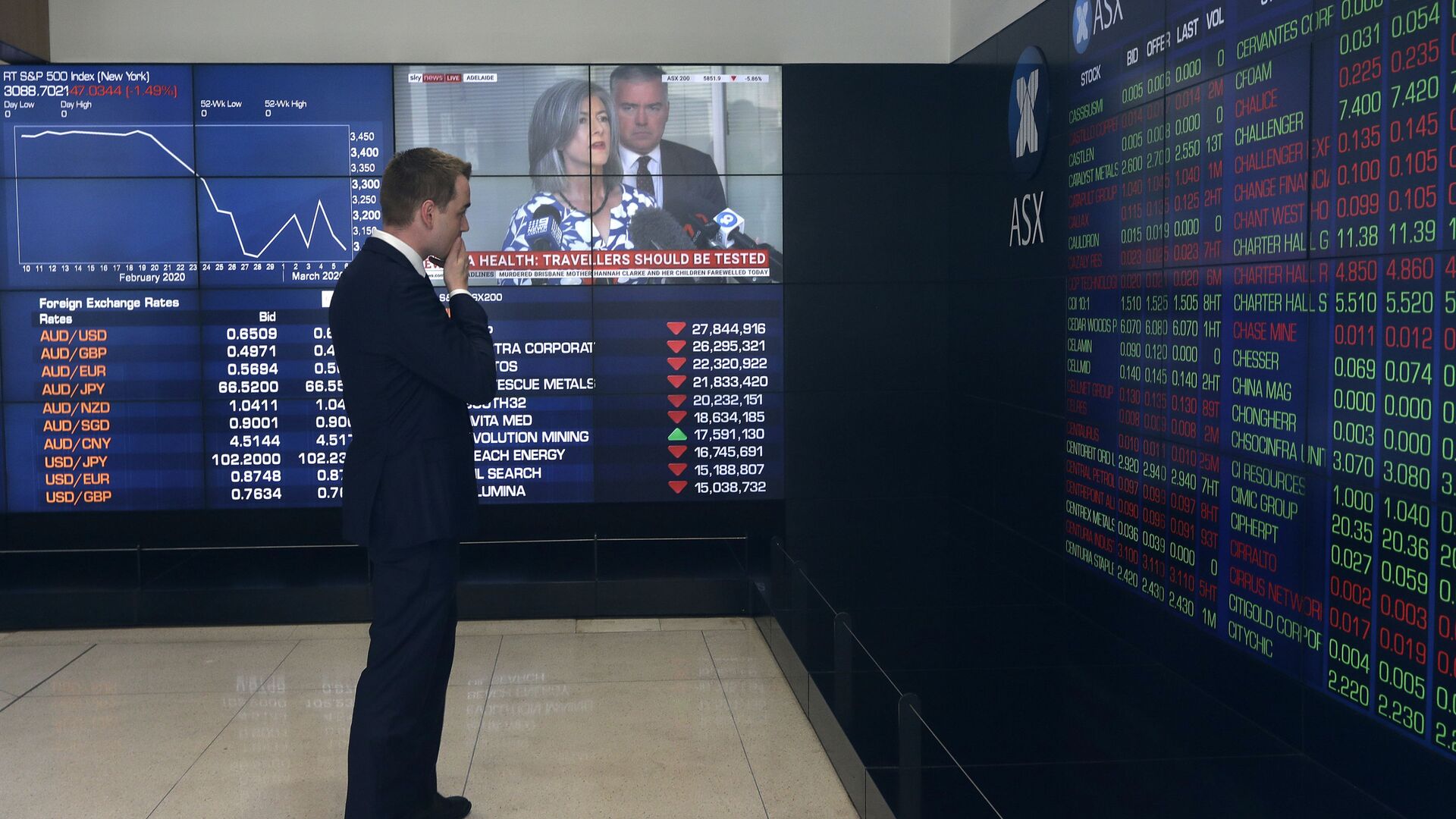 Tim KorsoThe previous year, however, was also anomalous due to many companies deciding to go public at once after delaying their IPOs in 2020 due to the coronavirus pandemic. The IPO results of the first quarter of 2022 were comparable to those in Q1 2018.The global market for Initial Public Offerings (IPO) has contracted 71% in 2022 year-on-year. The US IPO market suffered the biggest hit as the volume of the deals dropped by 90% this year, financial markets data platform Dealogic data shows. The value of global IPO deals in the first five months dropped from $283 billion last year to $81 billion. The American IPO market showed a decline from $192 billion to just $17.9 billion in this period.The global IPO deals in the first quarter of 2022 reached a volume of $54.4 billion, thus bringing the value close to the pre-pandemic level of the first quarter of 2018 ($50.5 billion). The first quarter of 2021, to which 2022 results are compared, showed greater IPO activity than in any average year, with little over $200 billion in deals due to many companies delaying their plans to go public in 2020.

Waiting for a Better Time… Again

The main reason why the IPO levels dropped in the first months of 2022, is that companies that wanted to go public decided to wait for a better time to do so, several law firms consulting companies on IPO matters told the Financial Times.

"A lot of people were raring to go and then a confluence of factors hit them all at once. Once things stabilise, we will see a return of activity, even if it does not reach last year’s levels. People are not abandoning ship — they are pausing," Martin Glass, a partner at the law firm Jenner & Block said.

The companies are afraid to go public as long as high inflation, interest rates, fuel prices, overall volatility on the markets and the threat of global recession persist, the newspaper said.The initial slump in IPOs observed in Q1 2022 was caused by global market uncertainties brought about by the Russian special military operation in Ukraine, the Financial Times noted. However, the negative trend continued into the second quarter, which is expected to end lower than Q2 2021, meaning that other factors are affecting market volatility, such as the rampant inflation first detected in November last year and interest rate hikes that started early in 2022.

Bill Gates Concerned Over Abundance of ‘Low-Quality’ SPACs Amid Fears of New ‘Bubble’ on Market3 April 2021, 19:20 GMTThe US IPO market suffered greater losses in 2022 partly due to a collapse in the popularity of special purpose acquisition companies (SPAC) – special shell companies that went public to attract money for buying young companies, which could not conduct IPOs themselves for some reason. The popularity of SPACs in recent years grew due to investors seeking to acquire promising ventures at the very early stages of their development.However, increased scrutiny from regulators and the frequent under-performance of investments in SPACs severely cooled down interest.The law companies told the FT that some IPOs still might happen this year, despite the conditions being not ideal. Namely, they suggest that energy companies might attract higher than usual funding this year due to oil and gas prices skyrocketing after the start of the Russian operation in Ukraine.Several big companies, such as British pharma group GlaxoSmithKline and American insurer AIG, were also expected to conduct IPOs later this year. However, they too might opt to wait for the end of uncertainty on the markets to do so, for example postponing their IPOs to 2023.Let’s stay in touch no matter what! Follow our Telegram channel to get all the latest news: https://t.me/sputniknewsus

Is It 2008 All Over Again? Global Stock Markets Show Longest Decline Since Last Economic Crisis