Black smoke and dirt rise from the nearby city of Severodonetsk during battle between Russian and Ukrainian troops in Donbass on 9 June, 2022. 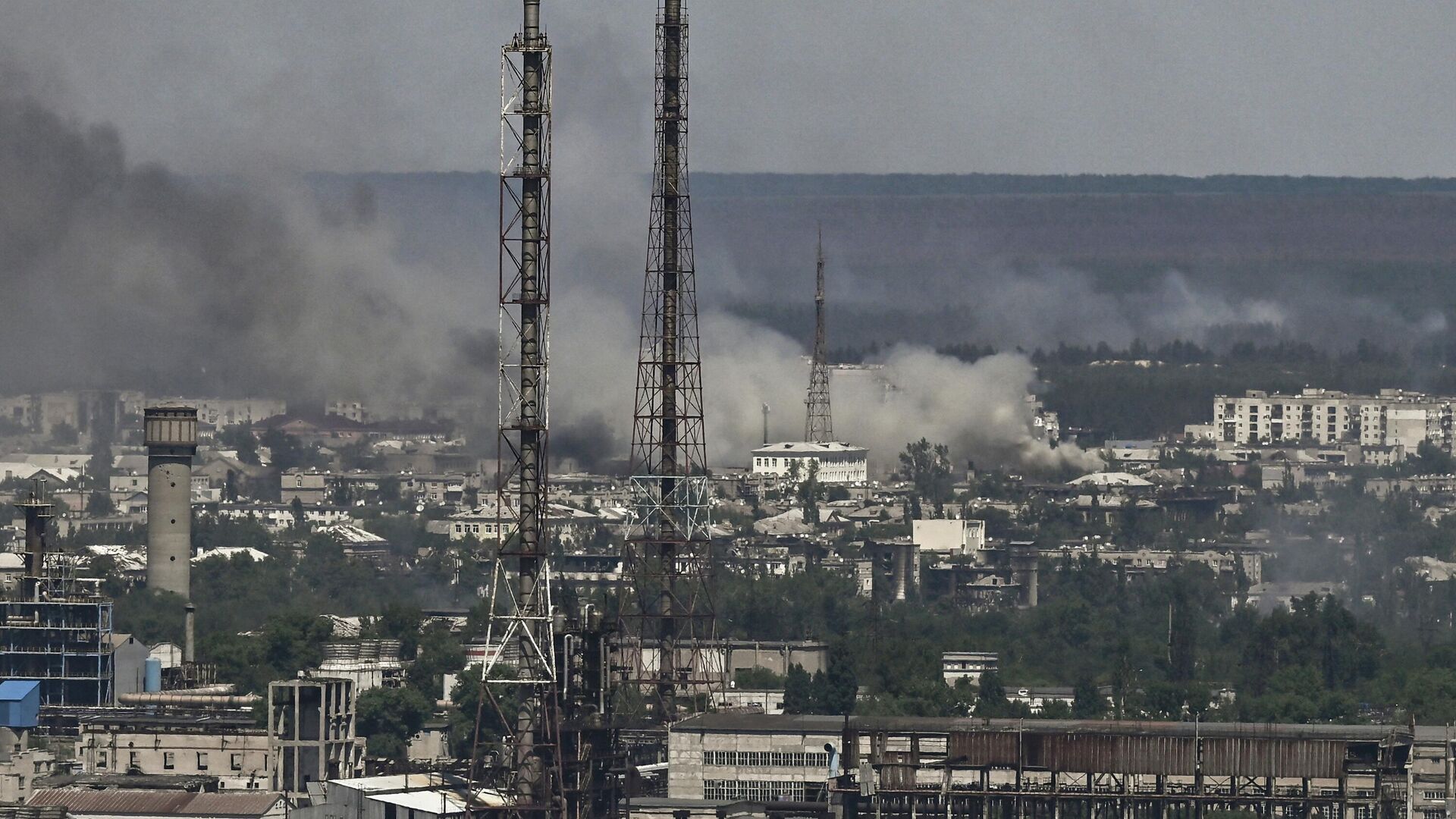 WASHINGTON (Sputnik) – EU Military Staff Deputy Director General for European External Action Service Lt. Gen. Giovanni Manione said on Wednesday that he believes Russia is using Ukraine to oust the western countries from Africa.”One thing that bothers me particularly regarding that Ukraine war is the focus, extreme focus that we are putting on the Ukraine war. My question is are we sure that this is the main effort of Russia? Are we really sure that Russia intends to occupy Ukraine and go on with the effort towards Europe. Do we really believe this?” Manione said. “Or could it be that this is the secondary effort to distract our attention, to focus our resources there and in that way to distract us completely from Africa.”Manione continued: “Do you know how many countries in Africa abstained from voting on the UN resolution condemning Russia? And do you know in how many of these countries Wagner company is present?“He also noted that many of these countries have significant reserves of important metals and rare materials.

"If you don’t know, then how we can make evaluation on where is the main effort of Russia," he said. "I tell you, in my view, the main effort of Russia is ousting western countries from Africa. And when this will happen, then we will have to ask them if we want our gas, oil or whatever. And this is the best result they can achieve. And while we are concentrating on the East, they are acting to the south. And then it will be a disaster."

Manione called on the intentional community to pay more attention to what is referred to as the Global South.“I would ask our leaders to concentrate on the possible efforts that are not secondary at all of the Russian invasion of Ukraine,” he said.On February 24, Russia launched a special military operation in Ukraine after the Donetsk and Lugansk people’s republics requested help to defend them from intensifying attacks by Ukrainian troops. Russia has said the goal of the operation is to demilitarize and de-Nazify Ukraine and its sole target is the country’s military infrastructure.Russian President Vladimir Putin has said the special military operation aims to “protect people subjected to genocide by the Kiev regime for eight years.”As of March 25, the Russian military completed the main tasks of the first stage of the special operation, significantly reducing Ukraine’s combat potential. The collective West has imposed comprehensive sanctions on Russia and supplied offensive and defensive weapons to Ukraine worth multiple billions of dollars.

Creation of Russia’s Technological Sovereignty to Be Discussed at SPIEF, Kremlin Says