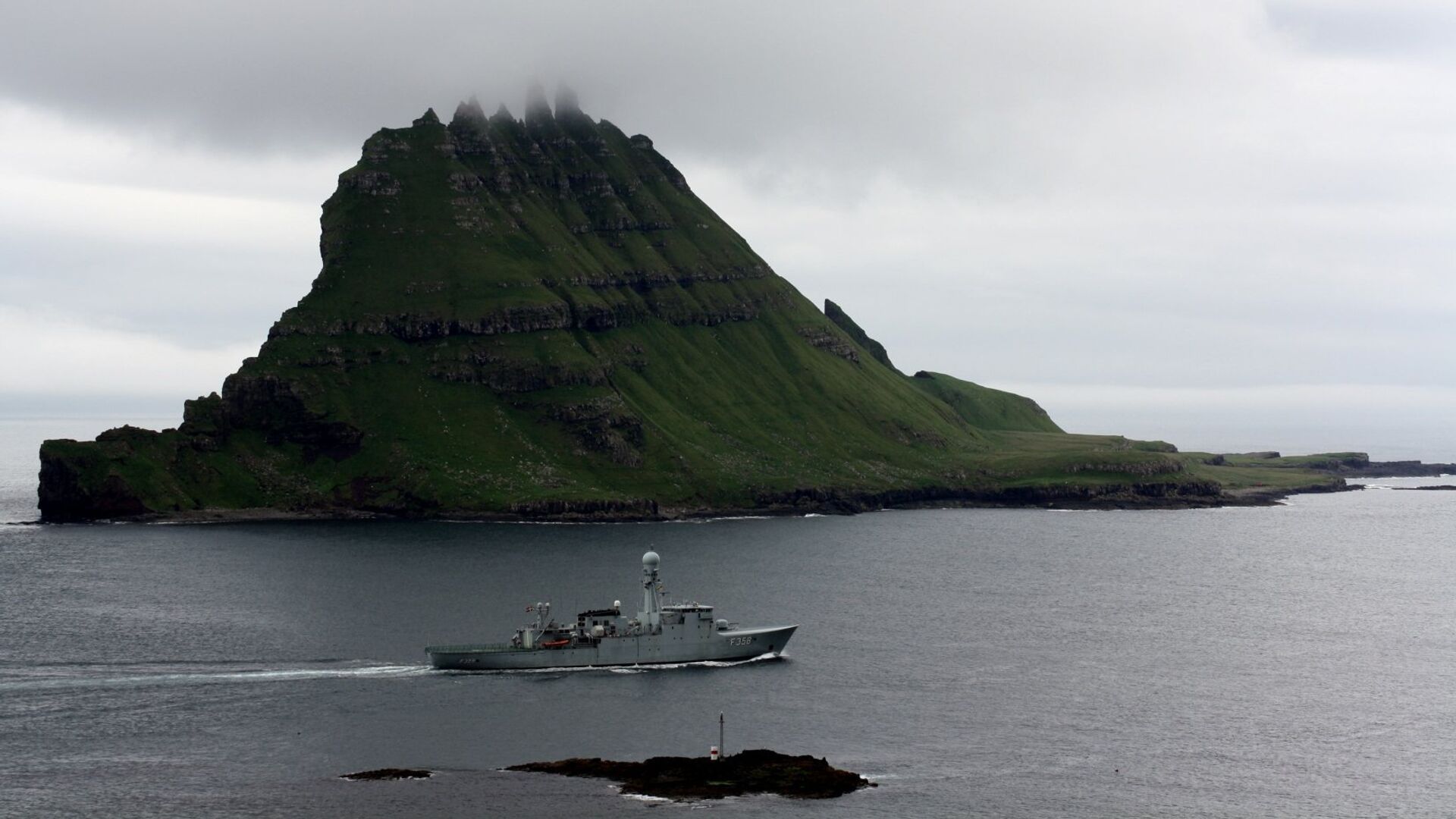 Danish Radio’s defense analyst Mads Korsager described the impetus for the Nordic country’s mission as being a “desire to contribute to the deterrence of Russia” and keep and eye on its nuclear submarines, as well as a signal of friendship to the Americans.A 140-meter-long frigate with up to 135 Danish soldiers will soon be sent to the North Atlantic as part of a NATO deterrence mission. The Danish ship will, together with other nations’ vessels, form a “ring of protection” around it, the country’s Defense Ministry said.Denmark will contribute an Iver Huitfeldt-class frigate. Currently, three of them are operative: the Iver Huitfeldt, the Peter Willemoes and the Nils Juel.The frigates have been previously deployed in missions off the Horn of Africa, Syria and in the Strait of Hormuz and helped protect US and French carriers.

The ships are equipped with long-range radar systems, 76mm and 35mm cannons, torpedoes, machine guns and handguns as well as missiles designed for use against sea targets and air targets. They can also field a helicopter.
According to Danish Radio’s defense analyst Mads Korsager, the Danish mission is motivated by a “desire to contribute to the deterrence of Russia” and is a signal of friendship to the Americans.Korsager stressed that the mission would also keep an eye on the Russian Navy, especially its nuclear-powered and nuclear-armed submarine fleet based on the Kola Peninsula.Carsten Fjord-Larsen, acting head of the Danish Navy Command, called the mission a “golden opportunity” to train with fellow allies, build trust and show that Denmark is on equal footing with other nations.In addition to Denmark, Canada, France, Spain and the Netherlands will contribute with frigates or other ships to the aircraft carrier group. A typical aircraft carrier group typically consists of the aircraft carrier itself and an entourage of frigates, destroyers and logistics ships for protection.According to Danish Defense Ministry, the frigate won’t be the Nordic country’s only contribution to the European Security, as four F-16 fighter jets will participate in a NATO mission over Iceland for four weeks starting in August.

Danish Soldiers Sent to Latvia ‘Lack Everything From Ammunition to Underpants’21 June, 07:51 GMTEarlier this year, Denmark also increased its deployment to Latvia to some 750 soldiers, its largest mission in Europe in terms of manpower and equipment in decades. However, the mission was subsequently described as ill-prepared and unable to maintain a high level of combat, as key training exercises were skipped for lack of ammunition. Furthermore, the Danish soldiers arrived to find moldy, dilapidated tents and a lack of equipment.Danish Defense Minister Morten Bødskov stressed that the contributions are meant to convey that Europe stands together “in times of war”, referring to Russia’s special operation to demilitarize and de-Nazify Ukraine, which the West portrays as “invasion” and a “military threat”.Denmark has been a keep supporter of arming Ukraine since the start of the conflict, contributing an growing arsenal of arms ranging from anti-tank systems to naval Harpoon missiles, which may be used in truck-mounted mode and have a range of up to 240 kilometers. Russia described the Western military supplies as “pouring oil on the fire”, emphasizing that NATO was “in essence at war” with Moscow. Numerous Russian officials also stressed that the arms shipments to Kiev constitute a “legitimate target” for the Russian forces.

Ex-CIA Analyst: US Military Aid Not a Game Changer for Kiev, Ukraine Has Already Lost