Pipes for the Baltic Pipe gas pipeline are stacked at Houstrup Strand, near Noerre Nebel, Jutland, Denmark, on February 23, 2021 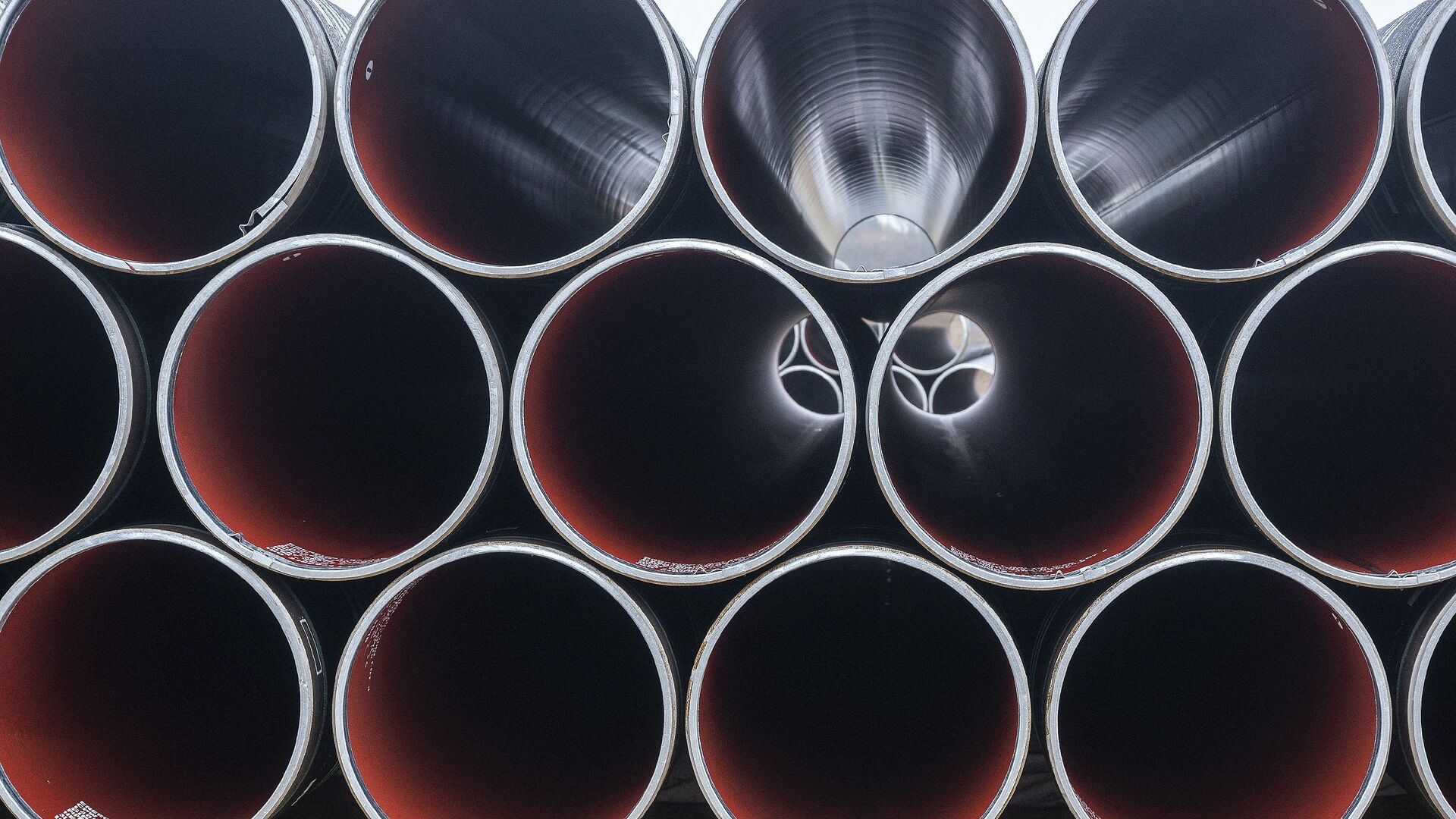 In 2021, Russia was the largest exporter of oil and natural gas to the European Union, covering wholly 40 percent the bloc’s consumption. Despite its efforts to wean itself off Russian gas and plans to cut the deliveries completely, Russia remains a major supplier.The Danish Energy Agency has issued an Early Warning due to uncertainty about the Nordic country’s gas supplies, calling on fellow Danes to save energy.Within the EU, there are three crisis levels: Early Warning, Alert and Emergency. Early Warning entails a situation with a significantly deteriorating gas supply. It is a signal to the players in the gas market to prepare for a drastic supply crisis.

“This is a serious situation we are in, and it has worsened with the reduced supplies from Russia to the European gas market. That is why, together with other EU countries, we are now declaring an Early Warning to show due diligence. We follow developments in the gas markets closely. We still get gas in Denmark, and we have plans ready to secure consumers. Fortunately, we, Denmark, are robust because we have a lot of green energy,” Danish Energy Agency Deputy Director Martin Hansen said in a statement.

Danish gas storage is currently filled to 75 percent. The common EU goal is to reach an 80-percent level by November 1, 2022. Biogas currently covers 25 of Denmark’s needs. When the Tyra field goes into operation next year, Danish natural gas production can increase again and Denmark will become a net exporter. Until then, extra gas from the new Baltic Pipe, to be launched from Norway later this year, will be procured.In the event of a gas shortage, the Danish Energy Agency has an emergency plan ready to ensure that consumers can heat their homes during the winter. The plan includes, among other things, the release of emergency supplies and throttling shipments to the largest gas consumers.“We have had a close dialog with the business community about who can contribute during a crisis. Most of the top gas-consuming companies have plans ready to replace gas, but we will now contact the companies again to hear if the authorities can do something to help them,” Martin Hansen said.

While there is currently no supply crisis, the Danish Energy Agency has nevertheless encouraged all Danes to save energy and issued everyday life recommendations such as using less hot water, insulating the house to saving power and hanging clothes out to dry instead of using the electric dryer.Today, 380,000 Danish households use natural gas for heating via gas boilers, which corresponds to roughly 800,000 Danes.Last week, Gazprom announced a reduction in gas supplies via Nord Stream 1 by 60 percent, citing technical issues at the Portovaya compressor station due to delayed maintenance works by Germany’s Siemens. Germany, by contrast, slammed the cuts as political.

Situation in UkraineDenmark Wants to Phase Out Gas Heating, Become ‘Independent’ of Russia11 April, 06:36 GMTTo move away from Russian fossil fuel imports, Denmark has announced a drastic expansion of wind and solar energy. At the same time it will also boost domestic production of gas, despite previous plans to halt it entirely. So far, Denmark plans to become completely self-sufficient in terms of natural gas by 2030.In 2021, Russia was the largest exporter of oil and natural gas to the European Union, covering wholly 40 percent the bloc’s consumption. Despite efforts by the EU to wean itself off Russian gas and plans to cut the deliveries entirely, in the first 18 weeks of 2022, Russia still accounts for approximately 25 percent of EU’s gas consumption, according to Danish Energy Agency.