Britain’s Prince Charles visits an exhibition of the personal effects of some of those who died, at the Kigali Genocide Memorial 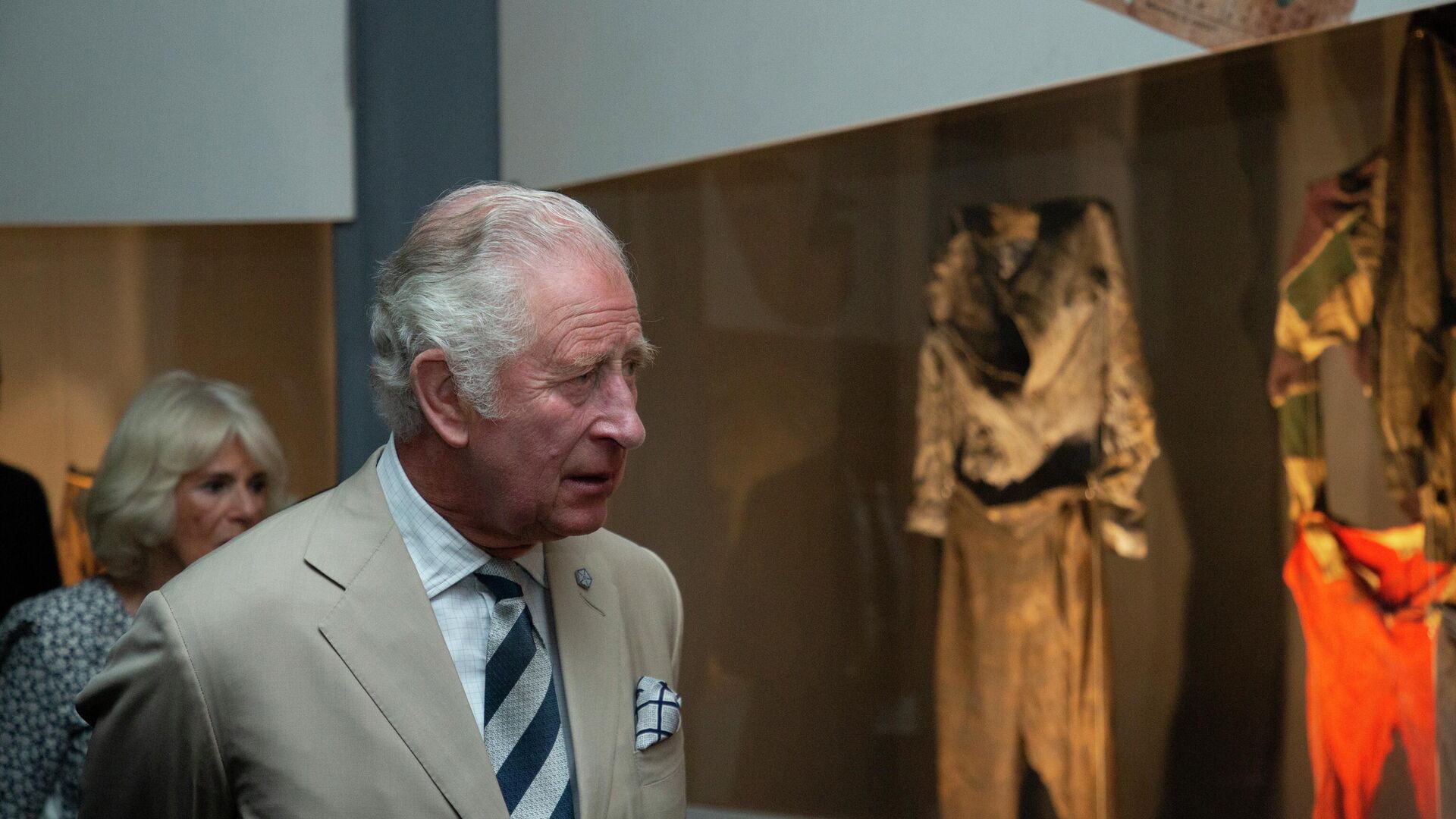 James TweedieThe prince’s official visit to Rwanda for the Commonwealth Heads of Government Meeting (CHOGM) will be seen as a stamp of approval for the country and its president, Paul Kagame, whose deal with the UK to resettle asylum-seekers was dubbed “appalling” by the heir to the British throne.Britain’s Prince Charles and Prime Minister Boris Johnson will have a chance to air their grievances over the Rwanda refugee deal when they meet in the country’s capital on Friday.At the biennial heads of government meeting (CHOGM) in the capital Kigali, Charles will stand-in for Queen Elizabeth II, his mother and formal head of the Commonwealth of Nations — the association between the UK and its former imperial colonies.The summit hosted by the Commonwealth’s newest member was originally scheduled for 2020 but was postponed twice due to the COVID-19 pandemic.

Charles is due to meet Johnson on the sidelines of the summit — although the two have not seen eye-to-eye lately.It will be the first time the head of government and future head of state have met since the prince reportedly attacked the stalled UK government’s plan to resettle illegally-trafficked asylum-seekers in Rwanda. The plan’s first resettlement flight was grounded last week after human rights lawsuits prevented it from taking off.Clarence House, the prince’s official residence in London, said the two will meet on Friday morning for a “cup of tea and catch-up.”

Similarly, a Downing Street spokesperson insisted the meeting would be "informal with no set agenda," saying, "They are due to meet, obviously they will encounter each other during the summit, but they are due to have a bilateral discussion as well."

Before boarding his plane to Rwanda on Wednesday night, Johnson said he hoped his trip would help those opposed to the resettlement policy to “shed some of those condescending attitudes towards Rwanda and how that partnership might work.”In an indirect dig at the prince, the PM told reporters that “people need to keep an open mind about the policy,” upon visiting a school in Rwanda after touching down.

"The critics need to keep an open mind," Johnson said. "[I] think a lot of people can see its obvious merits — and yeah of course if I’m seeing the prince tomorrow I’m going to make that point."

Asked if he would defend the policy to Charles’ face, Johnson replied: “It hasn’t come up so far, but of course.”

Opponents of the scheme include Prince Charles himself, who reportedly called it “appalling” — his go-to adjective for anything from modern architecture to the leadership of the Communist Party of China.It is not the first time the prince has broken the royal rule of political neutrality to wade into controversies. He has long been a critic of urban development and a champion of environmentalist causes.Royal sources also said in May 2021 that Charles’ son William, the following in line to the throne, planned to “robustly challenge” the advice of his prime ministers after he is crowned — potentially overriding government decisions that required royal assent.The sources said William was appalled when Johnson’s government requested a prorogation of Parliament in autumn 2019 in order to complete talks on EU withdrawal without interference from opposition parties. Parliament remained in session after the decision was challenged in the recently-created Supreme Court — now set to be abolished — but Europhile MPs still failed to stop Brexit.For its part, London-based human rights NGO Amnesty International also slammed the resettlement proposal, calling on Commonwealth leaders to “force the UK government to rescind its misguided, cruel and racist policy.”Another of the policy’s critics is Archbishop of Canterbury Justin Welby, the senior priest of the Church of England, who called it “ungodly”, while his bishops wrote a joint letter saying it “shames Britain”.But Archbishop Laurent Mbanda, leader of the Anglican Church in Rwanda, slammed Welby’s comments. Mbanda, who himself lived as a refugee in neighboring Burundi for years, said many Rwandans like him understood the plight of those fleeing their country.

Newest Member of the Empire Club

Rwanda joined the Commonwealth in 2009, despite having no historical ties to the UK or the British Empire. Along with Burundi to the south, Rwanda was colonized by Germany and then Belgium, and won independence in 1962.Its accession to the bloc came despite the Commonwealth Human Rights Initiative’s objection at the time that “the state of governance and human rights in Rwanda does not satisfy Commonwealth standards”, and it “does not therefore qualify for admission.”But Kigali’s former Information Minister Louise Mushikiwab said Rwanda’s accession was “recognition of the tremendous progress this country has made in the last 15 years” since the 1994 civil war that left a million civilians dead.Since gaining Commonwealth membership, Rwandan schools have dropped their optional French syllabi in favor of an English one. Schoolchildren now learn to play cricket, a sport symbolic of the Empire.Charles’ visit could also help legitimize constitutional amendments that will potentially see Kagame continue as president until 2034. The amendments drew criticism from the west when they were passed by a referendum in 2015.

On Your Side? Johnson Sets Out Plan for Cost-of-Living Crisis

‘It’s All Just ‘The North’ to Him’: BoJo Mocked on Twitter After Appearing ‘Lost’ on Campaign Trail