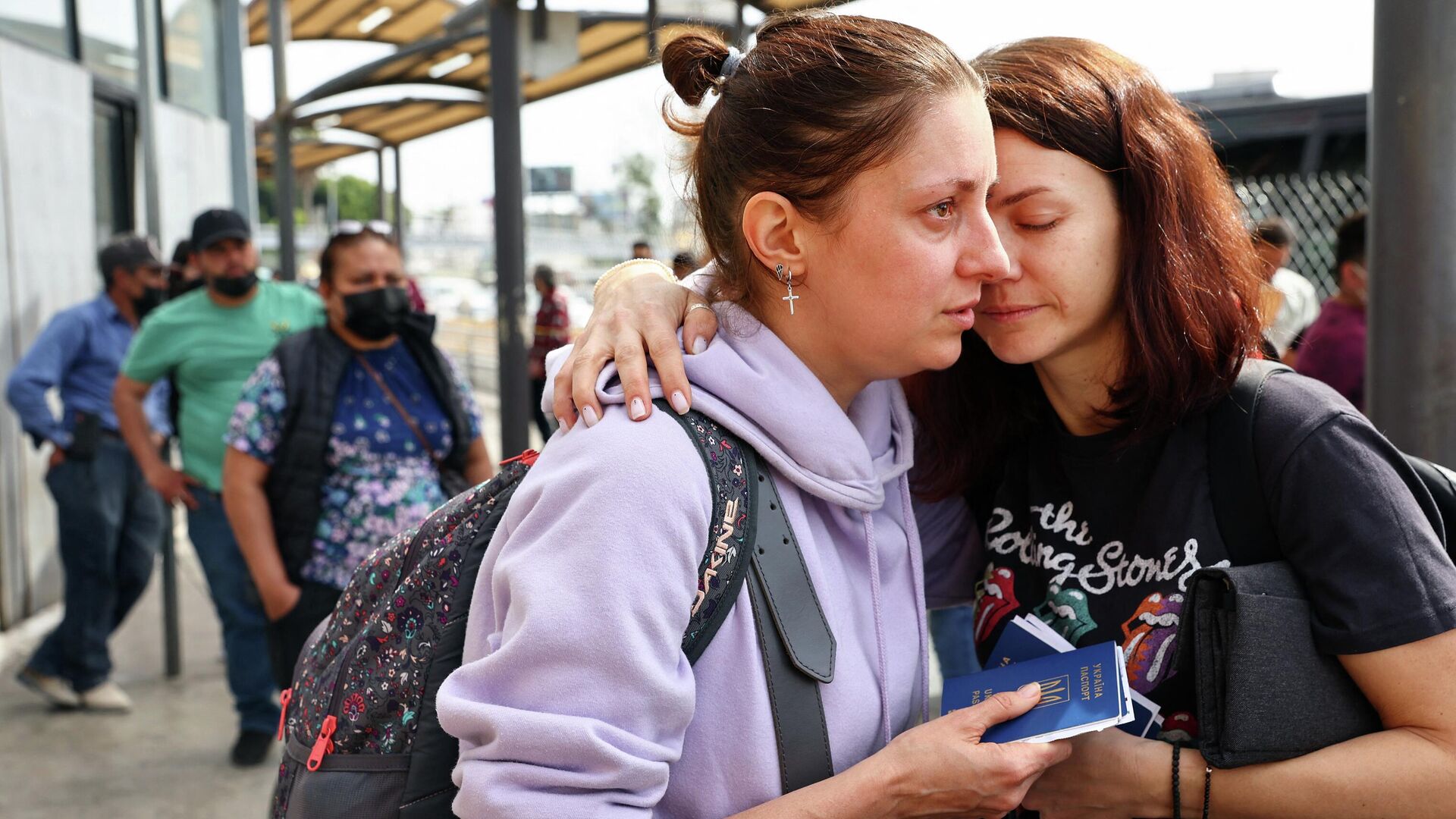 Previously, Boris Johnson assured the public that deportations of Ukrainian refugees to Rwanda were “simply not going to happen”. However, it seems that the UK government’s plan to tackle the migration crisis does in theory allow such possibility.UK Prime Minister Boris Johnson admitted that Ukrainian migrants who come to the United Kingdom by boat could end up being deported to Rwanda under his government’s scheme.He quickly went on to insist that it would only happen in the event of the migrants arriving illegally, thereby undermining “the safe and legal routes that we have”.”I think we are giving 130,000 visas to Ukrainians and they have at least two very good routes for coming to this country,” Johnson explained. “But if you come here illegally, you’re undermining all those who come here legally. And it’s crazy. So I’m afraid […] yes, in theory that could happen.”The prime minister then again estimated the possibility of Ukrainian refugees being deported to the east African nation as “unlikely”. Still, his remarks have triggered another wave of condemnation of his controversial Rwanda migration plan.The multi-million pound deal with Rwanda envisages London deporting illegal migrants arriving in the UK to the east African nation for them to receive temporary accommodation until their case is processed there. If the case is greenlit, migrants will then be allowed to stay in Rwanda for longer terms, with the local government helping them with basic needs.The Rwanda plan has been criticised as potentially costly and ethically questionable. Besides, Johnson earlier vowed that Ukrainian refugees would not be deported along with the illegal migrants. At the time, he touted the two schemes available for Ukrainians seeking asylum in the UK as “incredibly generous”. The first scheme was for the Brits who have relatives in Ukraine to bring them over, and the second path is the Homes for Ukrainians program, with the UK residents offering free housing for Ukrainians with the help of a dating app-like interface. This program has also received a great deal of criticism when it turned out that many of those offering their place for Ukrainian refugees ended up abusing or harassing them.While Johnson said that no other country has done more “to people fleeing war and persecution around the world since 2015”, his critics assert that the United Kingdom takes in fewer Ukrainians per capita than most of Europe.The Rwanda plan to tackle the UK’s migration crisis is being defended by the government. Earlier in the month, the first flight to carry migrants from the UK to Rwanda was halted after the European Court of Human Rights (ECHR) blocked it. On the heels of the ruling, Deputy PM Dominic Raab pushed forward a new legislation that would allow the British courts to overrule the decisions made by their European counterparts when it comes to human rights issues – particularly those related to migration.

Bank of England Head: UK To Face More Inflation Than Other Major Economies