People walk past the Bank of England in central London on August 3, 2016 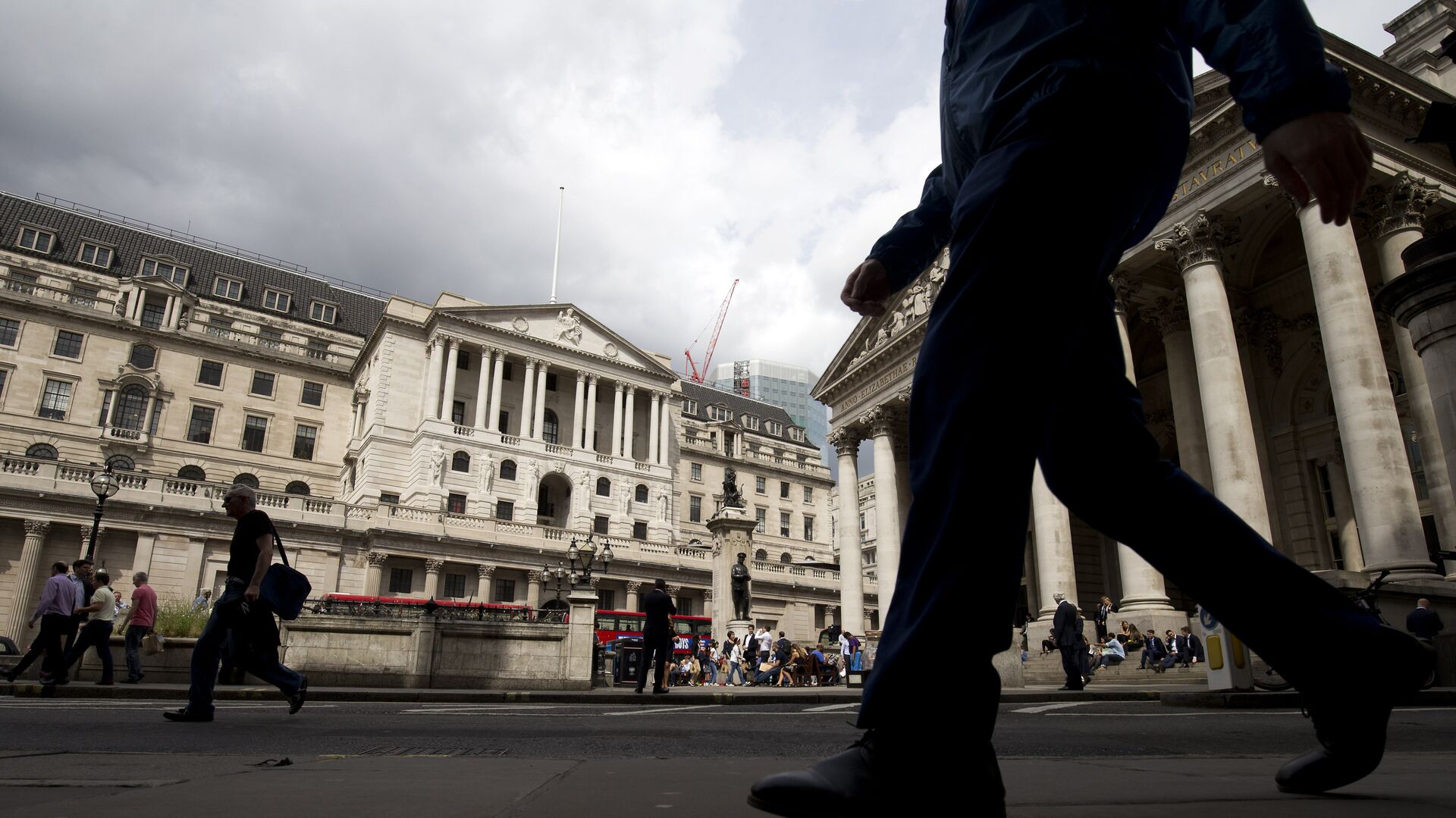 The Bank of England’s Monetary Policy Committee (MPC) on August 4 offered a gloomy economic forecast, suggesting inflation would hit 13.3 percent in October, plunging the UK into a 15-month recession, as they raised interest rates from 1.25 to 1.75 percent.Andrew Bailey, the Bank of England governor, has been accused of talking down Britain’s prospects and “adding to a sense of panic” after the Monetary Policy Committee’s (MPC) dire economic forecast for the country issued on Thursday, the Daily Mail reported.Bailey and his colleagues at the MPC faced backlash from business leaders and economists for predicting that inflation would hit 13.3 percent in the final three months of 2022, driving Britain into a recession lasting more than a year.According to the Bank of England’s latest projections, real household incomes were set to decline by around five percent over two years, with the cost of living squeeze expected to begin to ease no sooner than in 2024.

UK Heading For Year-Long Recession, Worst Fall in Living Standards on Record, Warns BoEYesterday, 09:48 GMTIn an effort to stem inflation, the bank’s Monetary Policy Committee raised borrowing costs by 0.5 percentage points on Thursday, from 1.25 percent to 1.75 percent. This sixth consecutive hike from the MPC since December is the biggest increase in the cost of borrowing in 27 years.Bailey’s warning that stagflation would result in the deepest fall in living standards on record in the UK did not go over well in some quarters. Critics claimed the BoE governor was being too “downbeat” at a time when the nation needed “more optimism.”Weighing in on the doom-laden finance forecasts, some accused the bank of having been “asleep at the wheel” and too slow to increase interest rates to rein in skyrocketing inflation.Foreign Secretary and Tory leadership contender Liz Truss insisted that despite the “extremely worrying” forecast from the BoE, the bleak outcome was “not inevitable.” “We can change the outcome, and we can make it more likely that the economy grows,” Truss said, suggesting the year-long recession could be averted with her plans for major tax cuts.Truss’s opponent, ex-Chancellor Rishi Sunak, said unfunded tax cuts would result in “misery for millions,” as he spoke at the Sky News debate on Friday.

Tory Leadership Favourite Truss Woos MPs Still Backing SunakYesterday, 11:33 GMTFormer Tory leader Sir Iain Duncan Smith, who has been supporting Truss, was cited as saying:“Andrew Bailey is in damage limitation mode. The Bank have got this past year badly wrong and they don’t want to own up to it… There is no reason why we have to head into a recession. We don’t have to go along with this ridiculous, miserable orthodoxy. Liz is right – we can cut taxes to boost growth.” He added that Andrew Bailey was “not just talking the economy down, he is taking it down.”“The British people get this idea that a recession is inevitable – nothing is inevitable,” Sir Iain Duncan Smith insisted.Douglas McWilliams, deputy chairman of the Centre for Economics and Business Research think-tank, echoed these sentiments, slamming the BoE for offering up a forecast that “looks worse than most others and, if anything, has added to a sense of panic.”Gerard Lyons, economic adviser to Netwealth, an online wealth management service, who was at one point an adviser to Boris Johnson during his tenure as London mayor, drew parallels between Bailey’s “very downbeat” forecast and that of his peers at the US Federal Reserve.“The Fed were essentially delivering the same message, but they were far more reassuring. There was a bit more optimism which Bailey just didn’t have,” Lyons said.In response to criticism, Andrew Bailey told BBC Radio 4’s Today program that earlier action from the bank could have driven forward a recession.“We don’t make policy with the benefit of hindsight,” he stated.When asked if he could quit in response to a shake-up from the new prime minister in the fall, the governor said:“I made a commitment to see the tenure out – it’s an eight-year term.”

Scholars: UK Faces Stagflation First Time in Nearly 50 Years3 August, 11:23 GMTThe runaway inflation has largely been driven by the soaring price of oil and gas prices since 2021, in line with a global trend. After Russia launched its special military operation in Ukraine on February 24 and the US, EU, and Western allies slapped Moscow with several sanctions packages, the energy situation deteriorated even more.Energy bills in the UK are expected to increase sharply again, as Investec predicted the energy bills price cap – which is currently £1,971 a year – could reach £4,210 in January, after regulator Ofgem revises its price cap.

Whether It’s BoJo or Someone Else, NATO Will Be Headed by a US Deep State ‘Shill,’ Ex-MEP Says