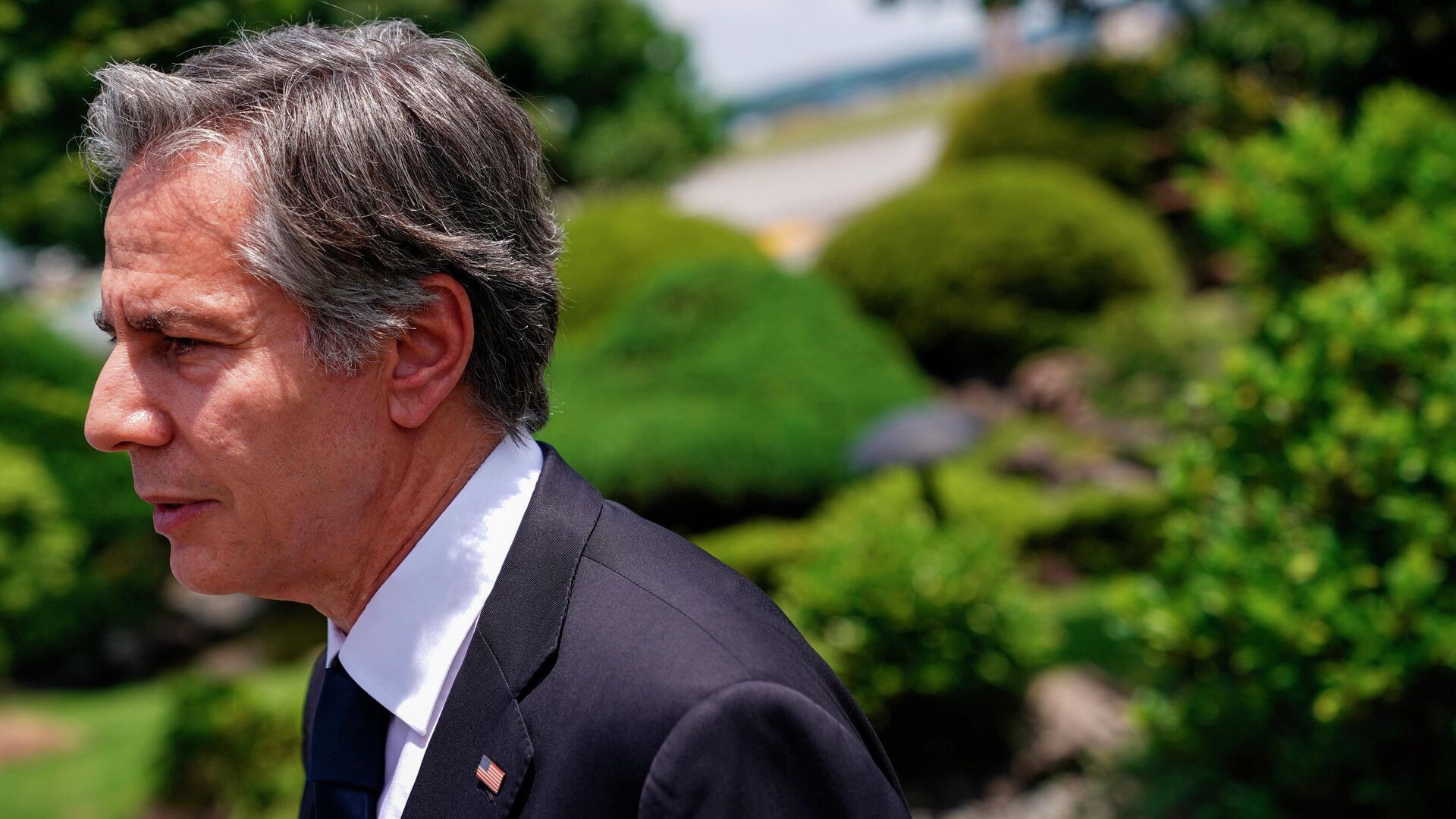 The US secretary of state arrived in the Philippines for his first-ever visit to the country on Friday night against the backdrop of heightened regional tensions over House Speaker Nancy Pelosi’s controversial visit to Taiwan last week.Antony Blinken sought to woo his hosts during his visit to the Philippines, hailing the “extraordinary,” “strong,” and “important” relationship between Washington and its former colony.“Our relationship is quite extraordinary because it is really founded in friendship, it’s forged as well in partnership, and it’s strengthened by the fact that it’s an alliance as well,” Blinken said Saturday during a meeting with President Ferdinand Marcos Jr.“The people-to-people ties between us are almost unique, and it’s something that we tremendously value in the United States, just as I know you do here. But we’re also working together as partners in so many different areas, particularly economically, and of course, the alliance is strong and, I believe, can grow even stronger,” the secretary said.The diplomat did not mention China in the public portion of his meeting with Marcos, but did discuss it at length at a press event alongside Philippine Secretary of Foreign Affairs Enrique Manalo later in the day. During the event, Blinken highlighted the bitter fishing dispute between the Philippines and China, calling it a “direct threat to the livelihoods of thousands, tens of thousands of people engaged in fishing to support themselves and their families,” as well as threat to fish stocks and the environment.

Blinken also brought up tensions over Taiwan, accusing China of “engaging in increasingly destabilizing and potentially dangerous actions” toward the island, and claiming that Beijing “over the last few years” has moved “away from a peaceful resolution of differences to doing so coercively and, potentially, forcefully.”

For his part, President Marcos hailed the “special relationship” between his country and the US.“We are very happy that you were able to find time to pass by the Philippines so that we have the continuing contact that the Philippines and the United States have had over – for over a hundred years. It is particularly timely, your arrival here. As we know, in this region there have been very many issues,” Marcos said.“The last few days have raised – have put to the fore some of them – the visit of your House Speaker Nancy Pelosi coming here – really just – I do not think, to be perfectly candid – I did not think it raised the intensity; it just demonstrated how the intensity of the conflict has been. It actually has been at that level for a good while now, but we sort of got used to the idea and put it aside,” the president added.In his meeting with Foreign Secretary Manalo, Blinken “reiterated” the US’ “ironclad commitment” to joint defense, “and reaffirmed that an armed attack on Philippines’ armed forces, public vessels, or aircraft in the South China Sea would invoke US mutual defense commitments under that treaty.”

Lavrov Talked to Everyone Who Did Not Hide at ASEAN Dinner, Russian Delegation Says on Blinken4 August, 16:25 GMTManalo called defense ties with the US a “pillar of our bilateral relationship,” and pointed to joint training, exercises, technical assistance and the transfer of US defense materiel as elements of these ties.Washington has sought to shore up ties with the Philippines and other countries in the South China Sea, boosting security relations, running so-called “freedom of navigation” naval patrols through maritime areas claimed by China, forging bilateral defense arrangements, and holding talks on the possible deployment of US military assets, including long-range missiles, in the region.Beijing has blasted Washington – which has no formal claims to South China Sea waters of its own, over its activities, with Foreign Minister Wang Yi saying last month that the region is not a “safari park” for “extraterritorial powers” seeking to destabilize the situation.

South China Sea Not a ‘Safari Park’ for Countries Outside the Region, Chinese Foreign Minister Says25 July, 11:31 GMTManila has sought to maneuver between the US and China amid the escalating Cold War between the economic and military superpowers. Last month, President Marcos said the Philippines would like to “increase the scope” of ties with China beyond the South China Sea dispute, and did not rule out military exchanges with Manila’s powerful neighbor.The waters and islands dotting the South China Sea are contested by China, the Philippines, Vietnam, Brunei, and Malaysia, as well as Taiwan, with actors pushing competing claims to maritime areas and their riches. The US became entangled in the dispute in 2010, when then-Secretary of State Hillary Clinton identified the South China Sea as a “matter of US national interest” and began challenging China’s claims. China has condemned US behavior, and called on Washington to allow regional countries to resolve tensions independently using a dispute resolution mechanism known as the ASEAN-China code of conduct. That document has yet to be implemented despite two decades of negotiations, with US diplomacy actively engaged in efforts to sabotage it.

Mexico to Invest $1.5 Billon on Infrastructure on US-Mexico Border in Next 3 Years