FILE – In this March 15, 2020 file photo people wait in a line to enter a gun store in Culver City, Calif. The man who shot and killed four people this week at a Tulsa, Okla., hospital bought his AR-style semiautomatic rifle just hours before he began the killing spree. That would not have been possible in Washington and a half dozen other states that have waiting periods of days or even more than a week before people can take possession of such weapons. (AP Photo/Ringo H.W. Chiu, File) 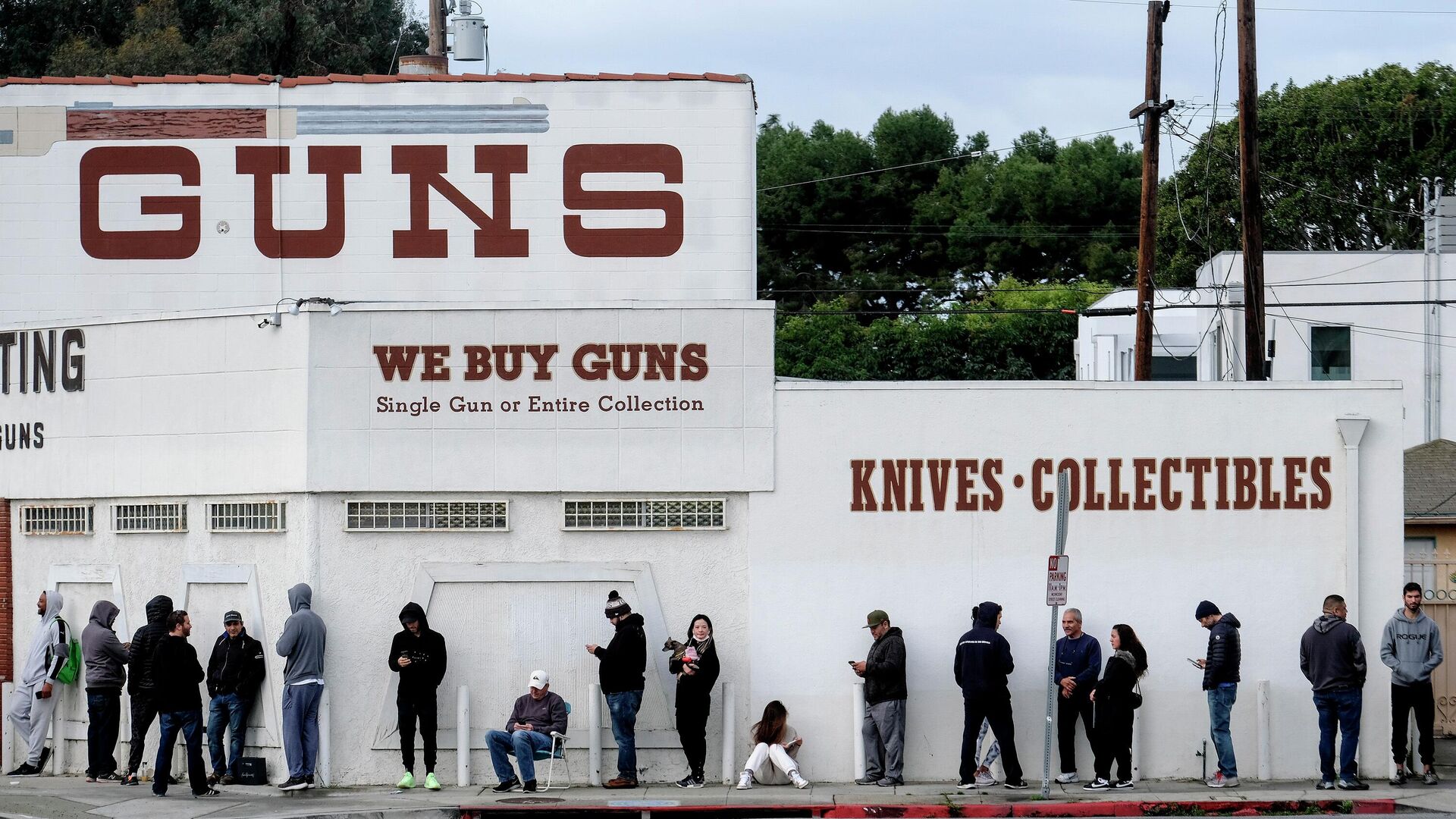 Tim KorsoThe bill comes amid calls for tougher legislation following a series of deadly shootings that rocked the US during recent weeks, including the Uvalde Elementary School shooting in Texas that claimed the lives of 19 children. A bipartisan group of the US senators has finalized a new gun control bill that will allow states to strip those considered a danger to themselves or others of their guns.The bill also extends background checks and introduces a range of other measures aimed at halting gun-related violence.If the bill is passed by Congress, which some lawmakers hope can happen before the body goes into recess on 4 July, it will become the first such law with bipartisan support, Democratic Senator Chris Murphy said.”I believe that this week we will pass legislation that will become the most significant piece of anti-gun-violence legislation Congress will have passed in 30 years. This is a breakthrough, and, more importantly, it is a bipartisan breakthrough,” he stated.While the legislation avoided some of the more contentious issues, such as assault-style rifle or high-capacity magazine bans, it nonetheless expanded background checks. Under the legislation, authorities would allow access to juvenile criminal records for buyers aged between 18 and 21 who will be subject to extra checks. This provision will remain in force for 10 years, after which it would need to be renewed.The bill also suggests closing the so-called “boyfriend loophole”. The loophole prohibits former spouses, partners or parents to a child in common who have been convicted of domestic violence from owning a gun. Under the bill, the measure will be extended to include any former romantic or intimate partner.The extension sparked heated negotiations between lawmakers, who worked through the weekend until Tuesday to resolve the outstanding disagreements. As a result, former romantic or intimate partners convicted of abuse can have their gun rights restituted five years after completing their sentence unless they commit a violent crime. The Democrats, however, opposed the idea of extending this amendment to a broader group of perpetrators.

The proposed legislation also provides federal funding for two avenues of action deemed important for ending the gun violence.On the one hand, the bill will fund so-called red flag laws, which allow states to strip individuals of their guns in cases where they have been flagged as dangerous to themselves or others.These laws and proposals met with stark criticism among conservative US citizens and political commentators, who argue that unsubstantiated administrative proceedings may lead to abuse of the measure.The authors of the bill argue it will allow for a swift adjudication process, allowing wrongfully affected individuals to easily and quickly challenge any decision to temporarily strip them of their guns.

New Yorkers Hold March For Our Lives in Support of Gun Control Laws 11 June, 15:53 GMTIn addition, the bipartisan bill allocates $7 billion in federal funding for mental health services, including in educational installations, and extra safety measures for primary and secondary schools.House and Senate GOP Disagree on Bill’s VotingThe bipartisan gun-control proposal seems likely to pass the Senate with ten Republicans backing the framework idea of the text and an additional four, including Senate Republican leader Mitch McConnell, saying they will likely vote for the bill. McConnell praised the legislation piece as a “commonsense package of popular steps”.With 14 GOP senators potentially backing the bill and with at least 46 out of 50 Democrats on board, the legislation is likely to avoid a filibuster, which requires 60 votes to overcome it.However, House Republican leader Kevin McCarthy has opposed the bill, saying he will vote against it despite its moderate language and the backing of numerous GOP senators. McCarthy stopped short, however, of saying he will try to whip other Republican lawmakers into voting against it.The issue of lax gun control in the US came into the limelight once again after several deadly mass shootings rocked the country in recent weeks. The most noticeable happened in Uvalde Elementary School, where an 18-year-old gunman killed 21 people after barricading himself in one of the classrooms with students. The shooter’s assault-style rifle and local police delaying the start of the storming of the classroom have largely been blamed for the high death toll.Let’s stay in touch no matter what! Follow our Telegram channel to get all the latest news: https://t.me/sputniknewsus

Alaska is the Most Patriotic State of All US, Study Finds