Technicians are seen on board Scandinavian airline SAS aircraft parked at Kastrup airport on July 4, 202 after the 900 pilots at SAS went on strike. 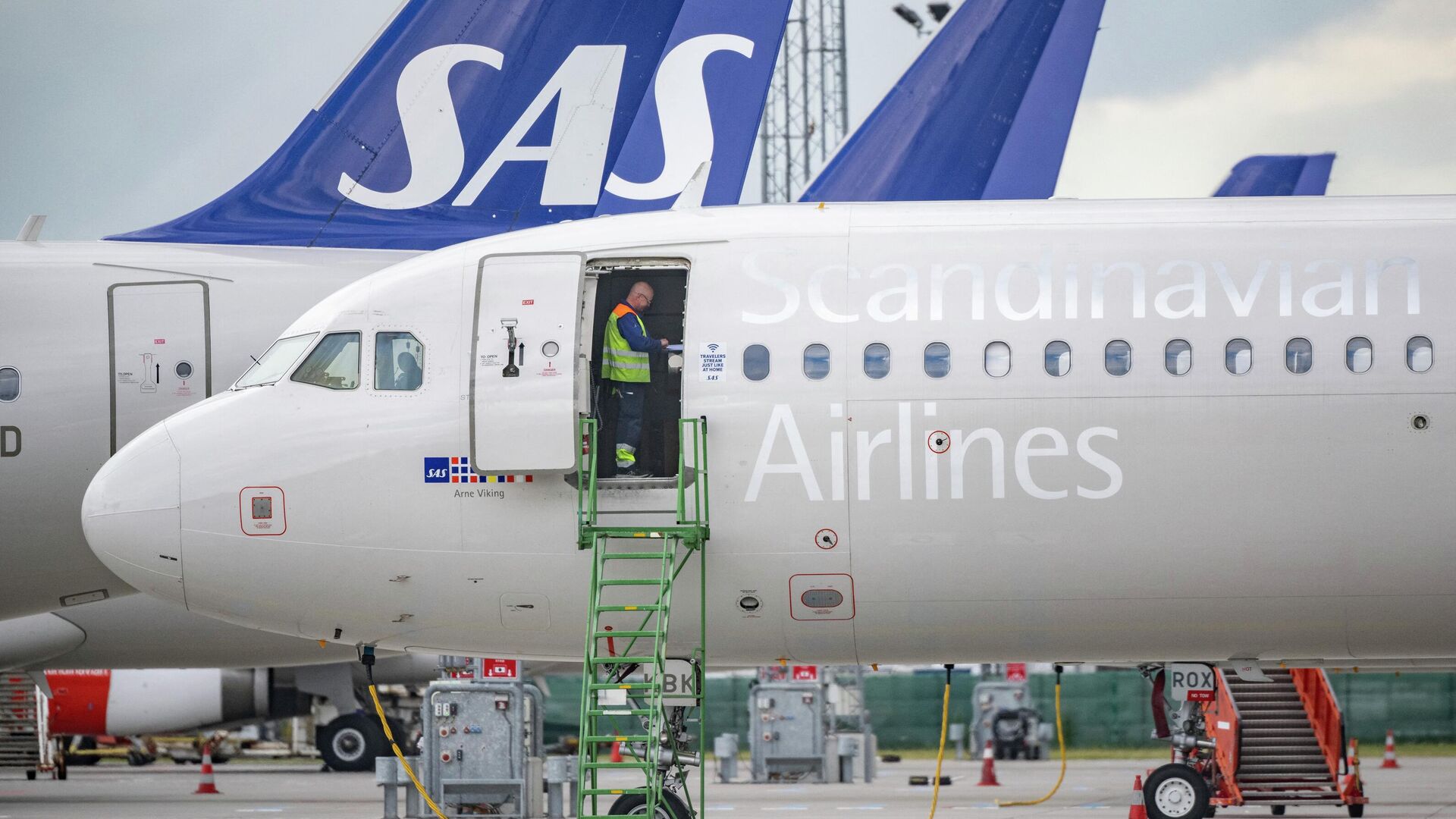 The 15-day strike cost the company $145Mln, affected 380,000 passengers at the peak of the summer travel season and jeopardized a government rescue plan that involves, among other things, a debt discharge of nearly $500Mln.Although the pilot strike that paralyzed the Nordic flag carrier SAS for two weeks is over, it may have deep repercussions, as the airline keeps fighting for survival.According to the company’s own estimate, the 15 days during which SAS jets stood grounded set it back DKK 1Bln ($145Mln), and affected 380,000 passengers at the peak of the summer travel season.Furthermore, it may jeopardize a key government settlement in a bid to rescue the troubled airline that has posted a loss for nine consecutive quarters. A little more than a month ago, the majority of Danish parties voiced their readiness to contribute additional support for a rescue plan for SAS, a crucial asset in which the Danish state is a major owner with 21.8 percent alongside its Swedish counterpart.The settlement means, among other things, that the state will forgive a debt of approximately DKK 3.5Bln (nearly $500Mln), in return for increasing the state’s ownership to 30 percent.However, the strike caused the Danish People’s Party to drop its support. Despite the recent agreement in which the company agreed to re-hire on lower salaries the pilots it had previously sacked, the party’s financial spokesman Rene Christensen called SAS a “black hole”.Christensen said that the party still agrees with the debt-for-equity swap, but added that it is strictly opposed to pumping more tax money into the ailing airline.

“Putting money into SAS right now is just throwing it into a big black hole”, he told Danish Radio. “We really want SAS to survive, but it must be on market terms.”

Previously, Sweden announced that it is not prepared to invest any more tax money in SAS – after several substantial aid packages that only provided temporary relief – and that it doesn’t see the Swedish state as a co-owner of the airline in the long term. Neighboring Norway sold its remaining 10 percent stake back 2018, arguing there was no need for the state to own airline stocks. Nevertheless, it remains a major creditor.By contrast, other Danish parties remain convinced that the settlement is worthwhile.The Liberal Party stressed that Copenhagen Airport is one of Europe’s key traffic hubs that gives Danish companies easy access abroad. The airline’s theoretical bankruptcy would stymie the country’s connections. The Social Liberal Party admitted that the move would indeed cost “a lot of money”, but emphasized the airline’s essential role in the country’s infrastructure.

SAS Top-Flight Union Accuses Striking Pilots of ‘Treason’ As Bankruptcy Looms12 July, 06:16 GMTThe airline that filed for US bankruptcy protection on the second day of the strike said the end of the strike and the subsequent deal allows it to finalize its plans to raise an additional $700Mln in fresh financing needed to see it through the bankruptcy protection process.At its height in the Eighties, SAS ranked among the world’s best airlines. However, after the advent of low-cost rivals, it has amassed hefty debts amid stiff competition and soaring costs and turned into a loss-making business, dragged down further by the pandemic.Still, SAS employs some 7,000 people and, until being tarnished by recent public image troubles, it was touted as a poster child for the Nordic model of a just and comfortable work environment.