President Joe Biden speaks to reporters before he boards Air Force One for a trip to Los Angeles to attend the Summit of the Americas, Wednesday, June 8, 2022, at Andrews Air Force Base, Md. 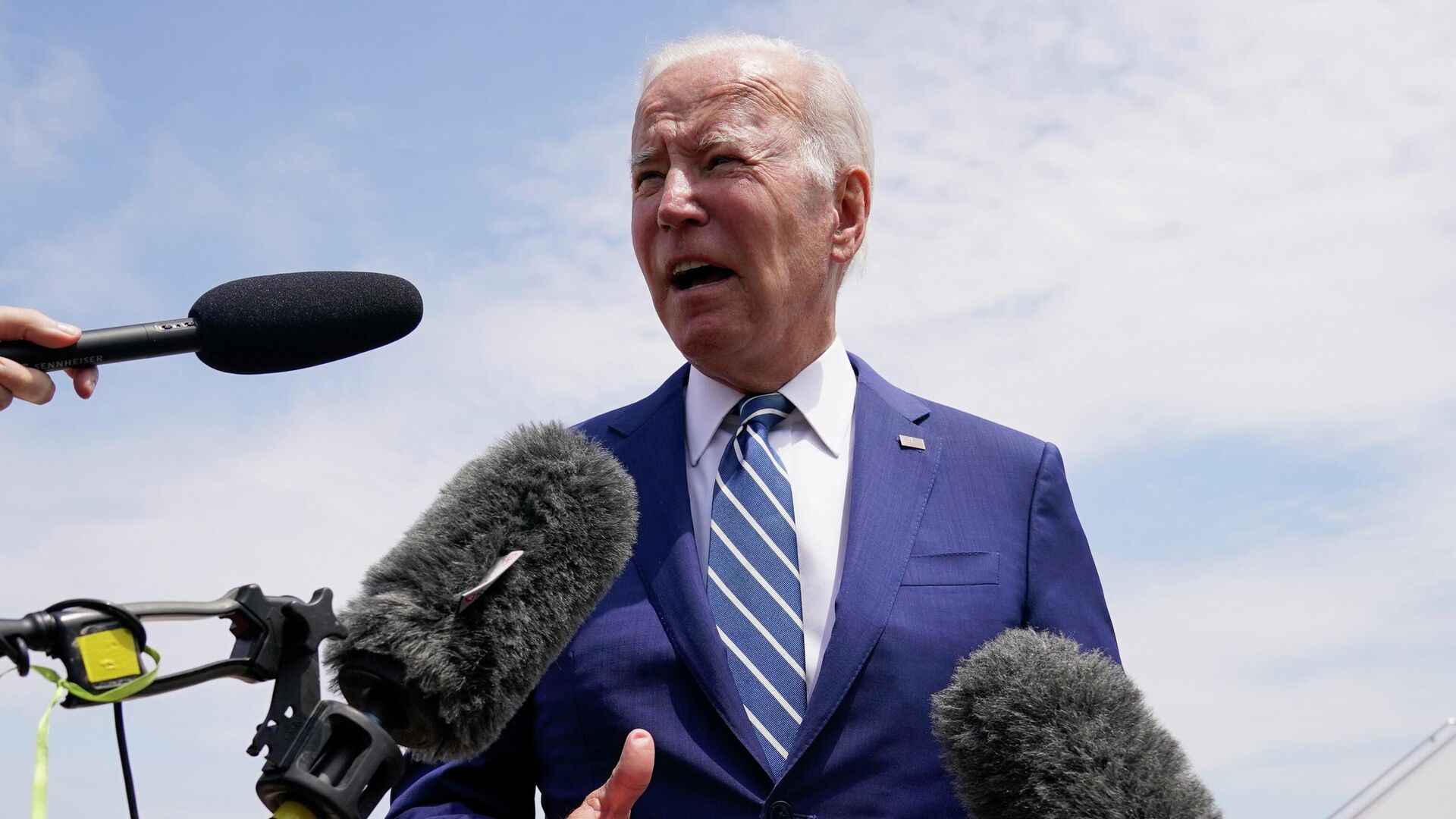 Tim KorsoThe average price for a gallon of fuel in the US has exceeded $5 dollars for the first time amid global oil prices that remain high, the refusal of the American oil companies to boost their output and the White House’s focus on green technologies as the main solution to the country’s energy problems.US President Joe Biden has requested that Congress pass a bill that will enable a three-month-long federal fuel tax break in an attempt to reign in skyrocketing gasoline prices in the country and popular discontent over the issue.Biden further called on the oil companies to refine more crude into fuel to control the inflation. He also addressed the state governments, asking them to temporarily drop state fuel taxes or find other means of relief.POTUS admitted that the tax holiday alone will not end the problem of high gasoline prices, but claimed that it will give breathing room for US citizens until the issue is resolved. Biden went on to criticize gas station owners for not responding to a recent reduction in oil prices and reducing gasoline price tags quickly enough.

"My message is simple to the companies running gas stations and setting those prices at the pump: this is a time of […] global peril, Ukraine. These are not normal times! Bring down the price you're charging at the pump to reflect the cost you're paying for the product. Do it now, do it today", Biden said.

The president claimed that by combining all of the policies he has recently unveiled, his administration can reduce the price per gallon by $1 from the current average above $5.Speaking about the root causes of the gasoline price hike, Biden, who has repeatedly blamed Russian President Vladimir Putin, admitted that the US and EU’s decisions to impose sanctions against Russia, especially the ban on oil purchases, played a role.”Russia is also one of the largest oil producers in the world. We cut off Russian oil into the United State, and our partners in Europe did the same, knowing that we would see higher gas prices. We could’ve turned a blind eye to [Russian President Vladimir] Putin and gas prices wouldn’t have spiked this way, but that would’ve been wrong”, he said.Despite that, Biden insisted that the US and other western countries had “no choice” but to impose the oil ban and sanctions against Russia in response to its special military operation in Ukraine. POTUS insisted that he still considers it the right decision despite the US paying a hefty price for it.

US Pump Price of Gasoline Exceeds National Average of $5/Gallon First Time Ever – GasBuddy9 June, 18:27 GMTRecord-high gasoline prices is not the only thing that Biden has blamed on Putin, also accusing him of decades-high inflation in the US. The White House has so far failed at attempts to reign the inflation despite the Federal Reserve raising the interest rate since the start of the year from near zero to a range of 1.5% – 1.75%.

Prince Harry Falls Off His Horse During Polo Match in California