In this photo taken Tuesday, Oct. 15, 2013, University of Washington students study in Odegaard Library on the campus in Seattle. 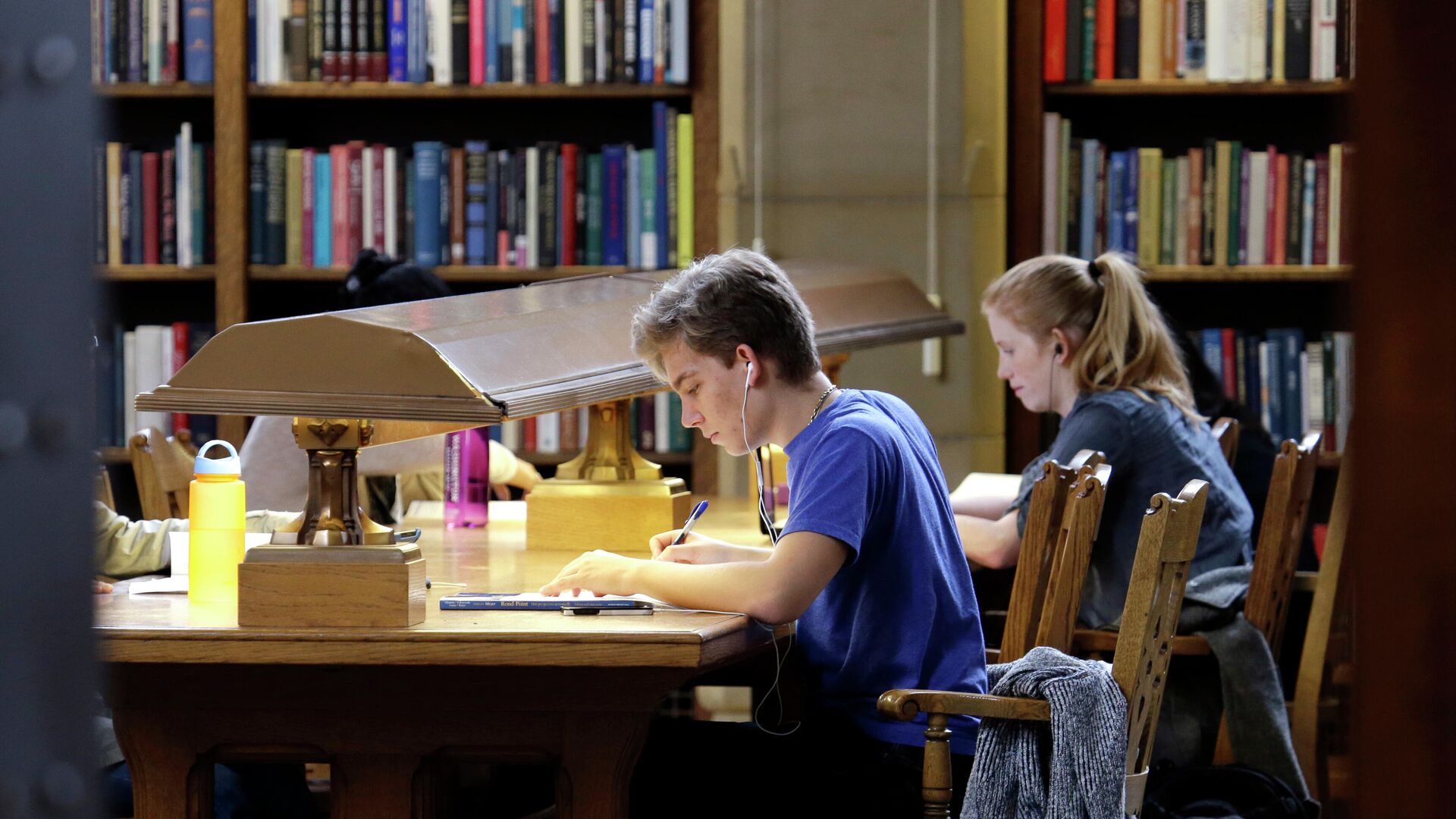 Schools monitoring students’ social media activity has become a controversial subject among both parents and students. Besides privacy concerns, there are also questions about whether speech made while off-campus is protected under the First Amendment.The U.S. Court of Appeals for the Tenth Circuit ruled last month that First Amendment protections extend to social media posts made by students off-campus. The Electronic Frontier Foundation (EFF) called the ruling a “victory” when responding to the verdict.The decision dealt with a post made by a high school student identified as “C.G.” in the court documents. C.G. uploaded an offensive and anti-Semitic post to his private stories on SnapChat while browsing a thrift store with his friends. His friends had tried on some hats that resembled WWII-era garb and posted: “Me and the boys bout to exterminate the Jews.” C.G. removed the post within hours, long before SnapChat would’ve automatically deleted the post, and apologized.Nevertheless, a SnapChat friend screenshotted the post and showed it to her father, who called the police. The police visited C.G.’s house and said they found no threat. Still, other parents emailed the post to the school and while their investigation also found no threat of violence, C.G. was suspended and eventually expelled from school.

Two US States File Motion Against Biden for Suppressing Free Speech on Social Media15 June, 02:47 GMTC.G. then sued the school on the grounds that the expulsion violated his First Amendment rights. A Colorado federal judge dismissed the lawsuit in 2020 on the grounds that the speech had the potential to cause disruptions on campus. However, the appeals court disagreed and ruled in favor of the student.The decision echoes a Supreme Court decision from last year that dealt with a student who posted on social media “F— Cheer” and then got kicked off the cheerleading squad. In that case, the Supreme Court ruled that the speech was protected and was not likely to cause a disruption.Both cases focused on the 1969 Supreme Court ruling Tinker vs Des Moines Independent Community School District, which allowed schools to punish students for speech if it had the potential to “substantially disrupt” the campus or school community. Both cases were trying to determine if that extends to off-campus speech as well.In the Supreme Court case, the judges said that it did, but only in limited circumstances such as severe bullying or harassment or when threats are made against students or school staff.In a statement released Friday, the EFF, who also filed an amicus brief on the lawsuit, expressed their backing of the decision.“We strongly support the Tenth Circuit’s holding that schools cannot regulate how students use social media off campus, even to spread ‘offensive, controversial speech,’ unless they target members of the school community with ‘vulgar or abusive language,’” the statement read.The school argued that social media posts are unique because they can easily spread to campus. However, the EFF argued in their amicus brief that would result in speech regulations around the clock.“Rejecting this argument is particularly important given that social media is a central means for young people to express themselves, connect with others, and engage in advocacy on issues they care about,” a summary of the amicus brief posted to their website reads. “[It] heeds the Supreme Court’s concern about ‘full 24-hour day’ speech regulations.”As the EFF points out, as of 2018, 95% of teenagers reported having access to a smartphone and 45% of them reported that they use the internet “almost constantly.”C.G. was supported by the American Civil Liberties Union. Lawyer Vera Eidelman told the panel of judges that extending the Tinker ruling to off-campus speech would hamper students’ ability to prepare for a world where offensive speech is protected. “It would put protests, op-eds and just the chance to be a kid at risk,” Eidelman said.The appeals panel did agree that off-campus speech could be grounds for punishment if it disrupted the campus but said that C.G.’s post did not rise to that level. They noted that there was no specific threat of violence against any individual and stated that the school’s reaction to the post, including a special assembly discussing it, was far more disruptive than the post itself.“Students must have an outlet for their expression, free from the censorial eye of public school officials,” the EFF stated.

More Than Half a Billion in South Asia Exposed to Increasing Heatwaves, Study Suggests