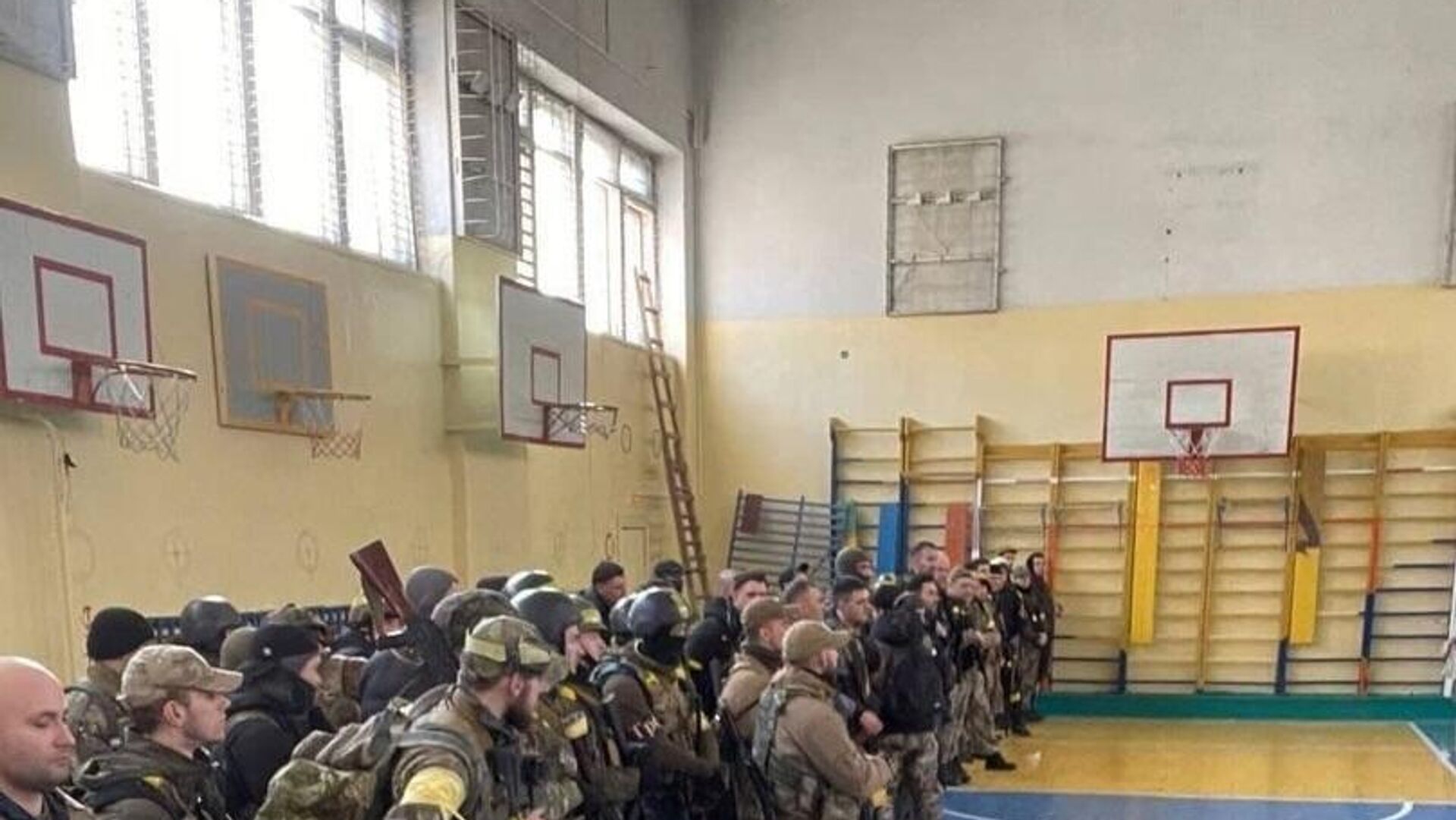 The Russian military and independent media have spent months reporting on Kiev’s tactic of deliberately using shopping centers, schools, hospitals and residential areas to try to put military equipment and troops beyond the reach of Russian precision air and missile strikes.Amnesty International has rejected criticism from Ukraine’s president following the release of a bombshell report citing eyewitness testimony accusing the Ukrainian military of deliberately employing tactics which endanger civilian lives.

Amnesty Secretary General Agnes Callamard told AFP that the human rights watchdog “fully stands by our research,” and that its findings are “based on evidence gathered during extensive investigations which were subject to the same rigorous standards and due diligence processes as all of Amnesty International’s work.”

Callamard’s comments come in the wake of remarks by Ukrainian President Volodymyr Zelensky accusing Amnesty of victim-blaming in its report.“We saw today a completely different report from Amnesty International, which unfortunately tries to amnesty the terrorist state and shift the responsibility from the aggressor to the victim. There cannot be – even hypothetically – any condition under which any Russian attack on Ukraine becomes justified,” Zelensky said in a video address Thursday.“Aggression against our state is unprovoked, invasive and openly terroristic. And if someone makes a report in which the victim and the aggressor are allegedly the same in something, if some data about the victim is analyzed and what the aggressor was doing at that time is ignored, this cannot be tolerated,” he added. Zelensky did not address the substance of the allegations made by Amnesty in its report, including what Callamard characterized as a “pattern of Ukrainian forces putting civilians at risk and violating the laws of war” by setting up bases in schools and hospitals, and launching strikes from civilian areas to provoke Russian retaliatory strikes.Amnesty said its report was based on on-the-ground research of Russian strikes in the Donbass, Kharkov and Nikolaev regions during the period between April and July, including interviews with eyewitnesses and relatives, as well as remote-sensing and weapons analysis.“Throughout these investigations, researchers found evidence of Ukrainian forces launching strikes from within populated residential areas as well as basing themselves in civilian buildings in 19 towns and villages in the regions,” the rights group said.

Zelensky accused Amnesty of equalizing the victim and the assaulter
But he never explained why the troops are located in schools and hospitals pic.twitter.com/YO4wso9nJN

Amnesty added that the areas where the Ukrainian military set up shop were often kilometers from the front, and that troops ignored alternative sites, such as densely wooded areas or other places away from residential zones.

RussiaUkraine Endangers Civilians by Setting Up Military Bases in Schools, Residential Areas – Watchdog4 August, 05:18 GMTAmnesty criticized both sides in its report, and alongside the allegations made against Ukraine, accused Moscow of using “inherently indiscriminate weapons” such as cluster munitions and “other explosive weapons with wide area effects,” as well as “guided weapons with varying levels of accuracy.”The Russian military has rejected allegations on the use of indiscriminate weapons, and has maintained that its operations have been aimed strictly against military targets.Russian and independent media have spent months presenting video, photographic and other evidence of Ukrainian military deployments in schools, kindergartens, hospitals, nursing homes and other civilian facilities. Last month, a United Nations report summarizing fighting between February and mid-May found that over a dozen educational facilities had been used by the combatants to hide out in, and that Ukrainian troops had used civilian “human shields,” in violation of the Geneva Conventions, to try to stave off Russian attacks.