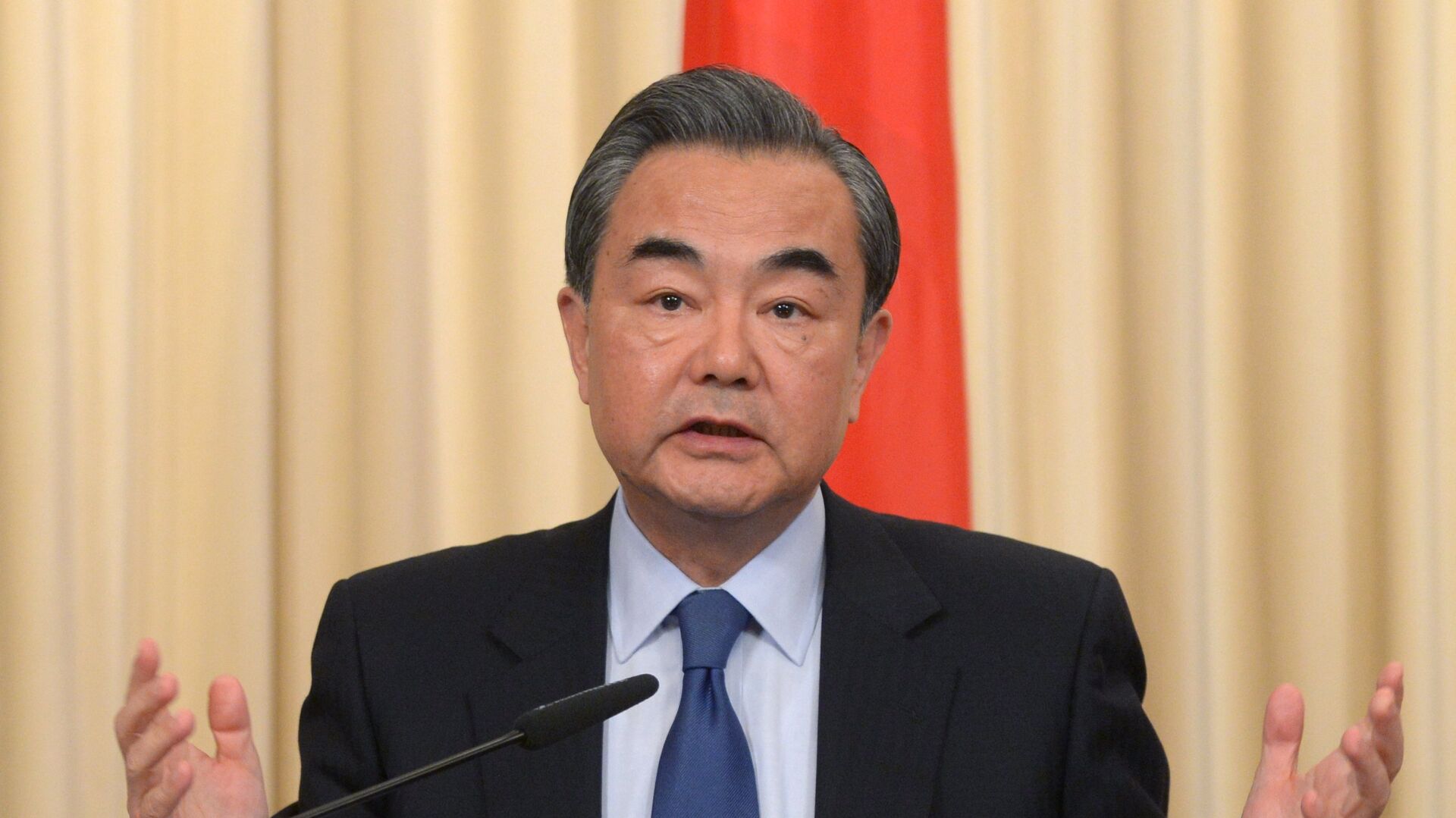 Chinese Foreign Ministry spokesperson Hua Chunying told a Japanese reporter on Friday when asked about the incident that Tokyo had been “behaving very badly on Taiwan” and should be careful, as it bears “serious historical guilt” for having colonized the island for 50 years after seizing it from China in 1895.According to witnesses, Chinese Foreign Minister and State Councillor Wang Yi walked out of two different events in Phnom Penh on Thursday and Friday in protest of recent statements by the Japanese government about Taiwan.

Wang and several other diplomats from global powers were in the Cambodian capital for a meeting of the Association of Southeast Asian Nations (ASEAN), but it’s been anything but a cold and dry diplomatic meeting. According to witnesses, there was quite a bit of drama as nations sparred over the fallout of US House Speaker Nancy Pelosi’s (D-CA) visit earlier this week to Taiwan, an island China views as a province in rebellion.

The first incident came at a gala for the foreign ministers on Thursday, which Wang walked out of shortly after entering, before the event began. It was unclear why, but hours earlier, he had canceled a planned bilateral meeting with his Japanese counterpart, Yoshimasa Hayashi, over a statement on the Taiwan crisis issued by the foreign ministers of the Group of Seven, of which Tokyo is a member.”There is no justification to use a visit as pretext for aggressive military activity in the Taiwan Strait. It is normal and routine for legislators from our countries to travel internationally,” the G7 said on Wednesday. The grouping of capitalist powers includes the United States but excludes socialist China and has suspended Russia since Crimea voted to join the Russian Federation in 2014 – a vote that G7 members do not recognize as valid.“The PRC’s escalatory response risks increasing tensions and destabilizing the region,” the statement continues. “We call on the PRC not to unilaterally change the status quo by force in the region, and to resolve cross-Strait differences by peaceful means.”Speaking to China Global Television (CGTN) on the sidelines of the summit, Wang said: “I believe this so-called G7 statement is just nonsense. There will be absolutely no support and response from the international community. More than 100 countries have come forward to show their attitude, adhere to the ‘One-China’ principle and support China in safeguarding its sovereignty and territorial integrity, against violation of China’s sovereignty.”The second walk-out incident came at the ministerial meeting on Friday and was in response to words by Hayashi. According to sources present, Hayashi condemned China’s military exercises surrounding Taiwan that were launched in response to Pelosi’s visit, and reiterated Tokyo’s Thursday claim that five Chinese ballistic missiles fired during the drills had landed in Japan’s exclusive economic zone near Hateruma, an island off Taiwan’s eastern coast in the Philippine Sea.Wang replied that Beijing and Tokyo have yet to demarcate the waters. Shortly after, he and Russian Foreign Minister Sergei Lavrov, stood up and walked out of the meeting.Wang Yiwei, an international relations professor at Renmin University, told the South China Morning Post on Friday that Moscow, Beijing, and many other countries “are very vigilant on any attempts by the US and its allies to use platforms like the G7 to circumvent the United Nations.”“There are UN resolutions on major international decisions, especially on Taiwan,” he added. “If the UN is bypassed, then the international order will simply collapse into chaos.”The UN’s only comment on the issue thus far has come from the secretary-general’s spokesperson, Stephane Dujarric, who told reporters on Tuesday that “the policy of the United Nations on this issue is that we are guided by General Assembly resolution 2758 from 1971 on ‘One China.’” In that 1971 resolution, the UN handed China’s seats in the General Assembly and the Security Council from the Republic of China, the rump state that now only governs Taiwan, to the People’s Republic of China, the Beijing-based government that rules the mainland.The RoC had formerly governed all of China for several decades, but lost the civil war to the rising communist movement, which founded the PRC in 1949. The RoC has persisted since then on Taiwan with US protection, although after the US switched recognition to Beijing in 1979, it had to do so through the fiction of informal relations. When Pelosi met with Taiwanese President Tsai Ing-wen on Wednesday, she made public statements about Washington’s “commitment” to Taiwan, saying it would not abandon them now. Beijing has lambasted Pelosi’s trip as a provocation and slapped her and her family with sanctions.

Maharashtra Political Crisis: ‘I Have the Support of 46 Lawmakers’, Says Rebel State Minister